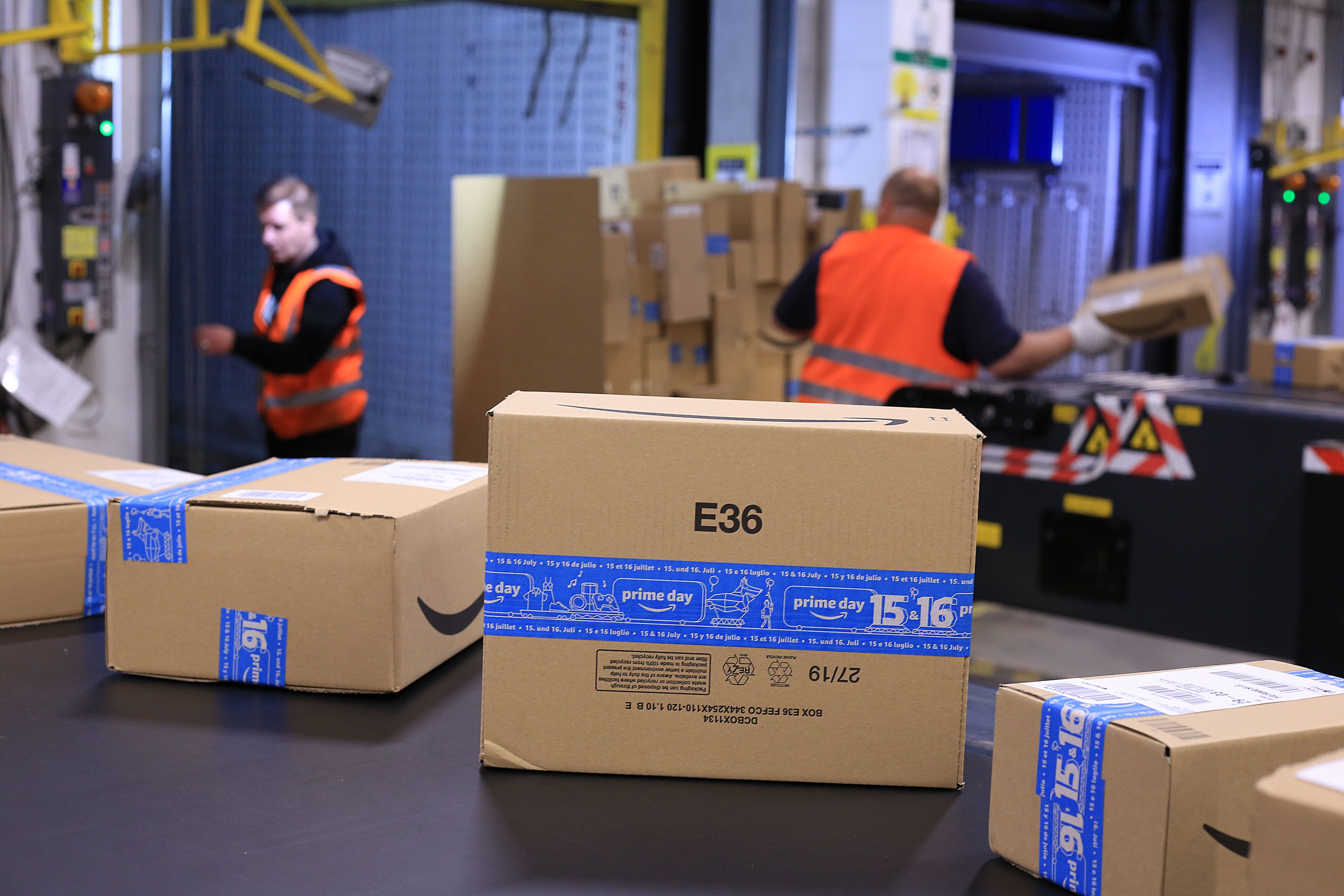 An employee stacks items to be shipped at the Amazon.com fulfillment center in Phoenix, Arizona.

“The badge may be misleading consumers into thinking the products that receive this distinction are the best available products, when in fact some of these products are of an inferior quality,” the senators said.

The letter is the latest example of Washington’s growing concern of Big Tech, specifically regarding the control Amazon has over consumer behavior as more shopping activity moves online and to mobile devices. In December, Blumenthal wrote a letter to Bezos arguing that Amazon’s policy of blocking third-party sellers from offering lower prices on rival sites would “stifle market competition.” Three months later, Amazon removed that policy.

In July, Rep. Frank Pallone, Jr. (D-NJ) and Rep. Jan Shackowsky (D-IL) asked Amazon to address the widespread “fraudulent and deceptive” review problem on its marketplace. And last week, a group led by Menendez asked Amazon to better enforce its policy of banning gun-related product sales, following a Washington Post report that found sales of those products on its site.

Amazon introduced Amazon’s Choice in 2015, creating a recommendation program that places a badge next to select “highly rated, well-priced” products, according to the company. The program has faced scrutiny lately, with multiple reports raising questions about how the recommendation engine works and why it’s endorsing products of poor quality.

The senators asked for a “detailed explanation” on the selection process for the Amazon’s Choice badge, including the algorithm used to make the determination and whether employees actually review each item before assigning the distinction. They’re also asking what Amazon is doing to verify user reviews, which could affect what products get the badge, and if any financial compensation is involved in the process.

In an emailed statement to CNBC, an Amazon spokesperson didn’t address Monday’s letter, but said the company “invests significant resources to protect the integrity of reviews in our store” and has “clear participation guidelines for both reviewers and selling partners” that can lead to suspensions and legal action if violated.

On top of the increased lawmaker interest in Amazon’s power, the company is facing antitrust investigations in both the U.S. and EU. In July, the EU’s Competition Commission announced a formal antitrust probe into Amazon over its use of third-party seller data. The U.S. Justice Department then said it was opening a review of several giant tech companies, which likely includes Amazon.