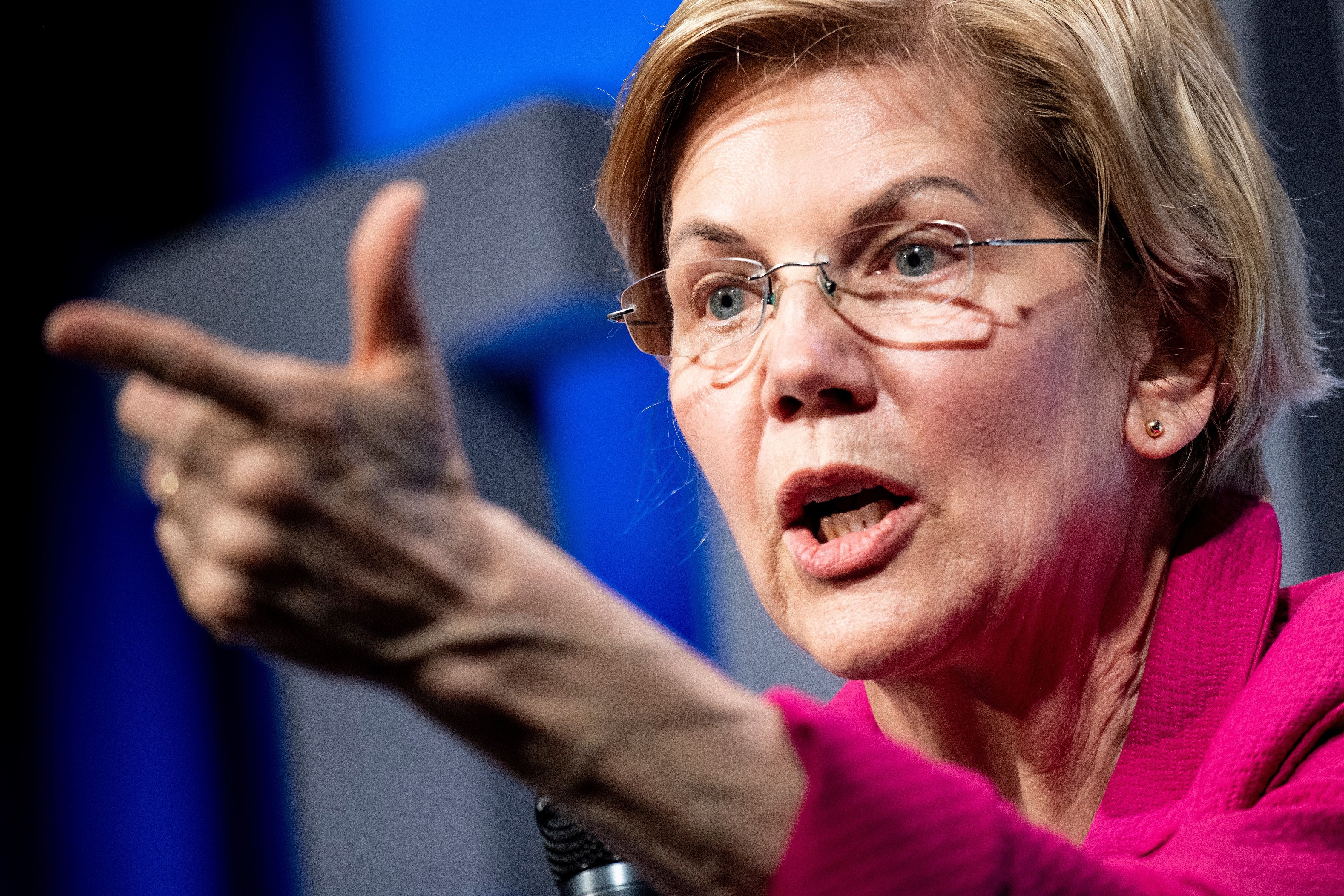 Senator Elizabeth Warren (D-MA), a 2020 US Presidential hopeful, speaks during the ‘We The People’ Summit at the Warner Theatre April 1, 2019, in Washington, DC.

Sen. Elizabeth Warren, D-Mass., on Tuesday called on Scott Gottlieb, the former head of the Food and Drug Administration, to resign from Pfizer’s board of directors, saying the appointment two months after leaving the agency “smacks of corruption.”

“This kind of revolving door influence-peddling smacks of corruption, and makes the American people rightly cynical and distrustful about whether high-level Trump administration officials are working for them, or for their future corporate employers,” Warren said in a July 1 letter to Gottlieb.

Pfizer last week announced Gottlieb would join its board of directors — a job that paid a minimum of $335,000 in stock and cash in 2018, according to a regulatory filing. Gottlieb stepped down from the agency that regulates the drugmaker in April.

“You should rectify your mistake and immediately resign from your position as a Pfizer board member,” said Warren, who is running for the Democratic nomination for president in 2020. “Doing so would send a strong and necessary message to the American people about the importance of government ethics and the integrity of current and former federal officials.”

Gottlieb in an interview with CNBC’s “Squawk Box” earlier Tuesday defended his decision to join the board of a drug company he regulated just a few months ago.

“I worked with some large drugmakers before I came into the agency,” Gottlieb said, adding that his new role at Pfizer is bigger than anything he did before the FDA. “I made no bones about the fact that I had expertise in life sciences and I made my living trying to promote innovation in this sector prior to coming to the agency.”

Samsung wearable device sales are up more than 30% this year