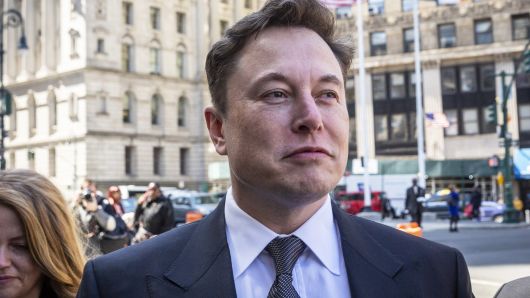 Tesla CEO Elon Musk and the Securities and Exchange Commission have asked for a one-week delay to resolve their contempt of court dispute, the parties announced Thursday in a joint submission to a federal judge.

“While we have not reached an agreement, counsel for the SEC, Mr. Musk, and counsel for Tesla met and conferred for over an hour by telephone earlier this week and are continuing to discuss potential resolution. Because our discussions are ongoing, we respectfully request to provide the Court with another joint submission on or before April 25, 2019, indicating whether we have reached an agreement in principle,” the submission says.

On April 4, a federal judge gave Musk and the SEC two weeks to work out their differences, punting a request from the agency to hold him in contempt of court for allegedly violating an October securities fraud settlement. U.S. Judge Alison Nathan said she had “serious concerns that no matter what I decide here, this issue won’t be resolved.” Nathan ordered both parties to “take a deep breath, put on your reasonableness pants” and work out a solution.

Now the parties are asking for one more week to figure it out.

The dispute stems from tweets Musk made in February that contained Tesla production forecasts. At first, Musk wrote to his millions of Twitter followers that the electric vehicle-maker would build around 500,000 cars in 2019. He followed up by tweeting that he meant to say that Tesla would reach a peak annualized production rate of 500,000, but still expected to make only about 400,000 cars this year.

The initial tweet was enough to convince the SEC to charge Musk with contempt for violating an October agreement. That agreement came about as a result of Musk’s tweet last year saying that he had “funding secured” to take Tesla private at $420 per share. Musk and Tesla each paid $20 million fines as part of that settlement.

Former SEC prosecutor Elliot Lutzker told CNBC earlier this month that he does not expect the SEC to try and remove Musk from his CEO role, but believes the settlement will involve a fine larger than $20 million.

Sleep Number shares getting pummeled after earnings letdown
This stock needs to find out its calling
To Top
error: Content is protected !!