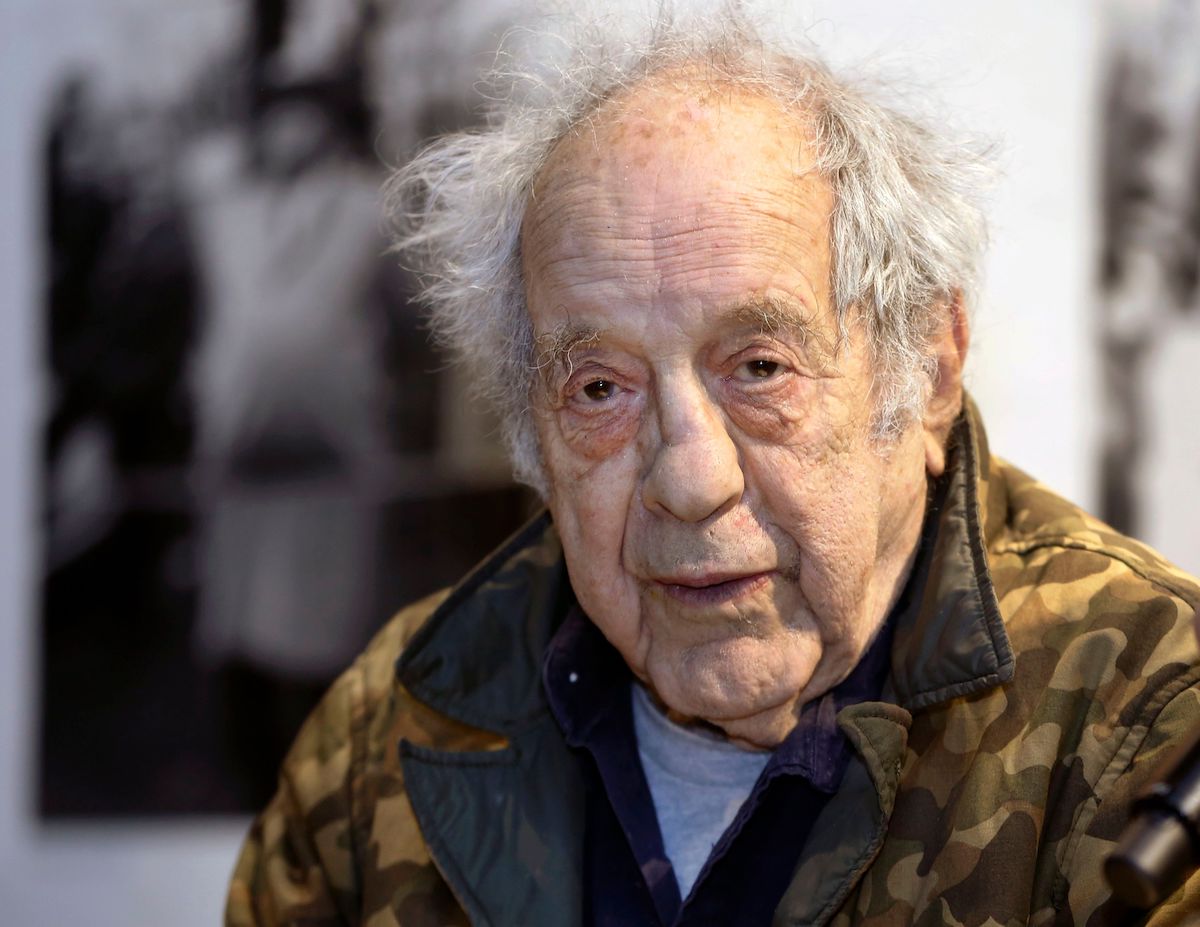 Robert Frank.KATHY WILLENS/AP/SHUTTERSTOCK
Robert Frank, one of the world’s most influential documentary photographers and filmmakers, has died at age 94, according to the New York Times, which first reported the news. A cause of death was not immediately reported.
Frank’s unsparing eye sought to portray things as they really were—unaestheticized, somewhat plain, more than a little dour. Yet, for all the bleakness of his images, both still and moving, Frank—an immigrant to the United States who was born in Switzerland—was able to capture gritty truths about the American experience that had previously gone undepicted by artists before him.His 1958 photobook The Americans is a classic—an unsparing, at times even deliberately banal portrait of class differences and alienation in postwar America. The scenes he shot are the ones that many people encounter every day—men shining shoes, waitresses presiding over luncheonette bars, ladies chatting over diner coffees, crowds on the street. Jack Kerouac, the storied Beat poet who wrote the book’s introduction, famously said that the book “sucked a sad poem out of America.”There is nothing sentimental about these images, and in that way, they are unlike the hyper-stylized documentary images by pioneering photographers whose work inspired Frank’s, like Henri Cartier-Bresson, who found himself fascinated by sharp diagonal compositions that are so meticulous, they appear to have been staged ahead of time. The same could not be said of Frank, who preferred matter-of-fact imagery that could speak for itself. The photographer Diane Arbus once said she appreciated the “hollowness” of Frank’s work.The Americans—which features 83 images assembled from the 28,000 that Frank shot while traveling across America on a Guggenheim Foundation fellowship—was published first in France and then in the U.S. It confounded its day’s critics, who had come to expect the “decisive moments” of Cartier-Bresson’s photography—something more refined and glossier than the raw, Walker Evans–inspired aesthetic Frank had on offer. Popular Photography, the preeminent photography publication at the time, famously decried the book’s “meaningless blur, grain, muddy exposures, drunken horizons, and general sloppiness.” Now, however, it has been embraced. New Yorker critic Peter Schjeldahl has called it “one of the basic American masterpieces of any medium.”At the time The Americans was made, photography was not considered a fine-art form by many, and it did not help that Frank’s photographs did not look like art. A few institutions caught on early, however. The Art Institute of Chicago mounted a show of works from The Americans in 1961, and the Museum of Modern Art in New York included Frank in the 1967 documentary-photography show “New Documents,” placing him alongside Garry Winogrand, Arbus, Lee Friedlander, and others.Many critics have considered The Americans the defining work of Frank’s career. This is, to some degree, a mistake. Starting the year after the book was released in America, Frank began producing films that cemented him as one of the important figures in the then-nascent independent scene. His films, too, were done in a blunt and unadorned style, and they furthered themes that had been explored in his early photographs.His most famous film, Cocksucker Blues (1972), made with Danny Seymour, is a documentary about the Rolling Stones touring America; its depictions of drug use and group sex caused Mick Jagger, the band’s frontman, to attempt to block it from being released in the U.S. For a while, the band was successful in keeping the film out of American theaters, though it has since been screened at Film Forum in New York and elsewhere. Not too long after, Frank returned to creating photographs.Though Frank is one of the most celebrated photographers of our time, he has remained soft-spoken about his achievements. In 2004, he was the subject of a full-career survey that showed at Tate Modern in London and the Museu d’Art Contemporani di Barcelona. Another survey toured Europe starting in 2014. In 1996, he received the Hasselblad Foundation’s International Award in Photography, one of the highest prizes of its kind.This post will be updated.