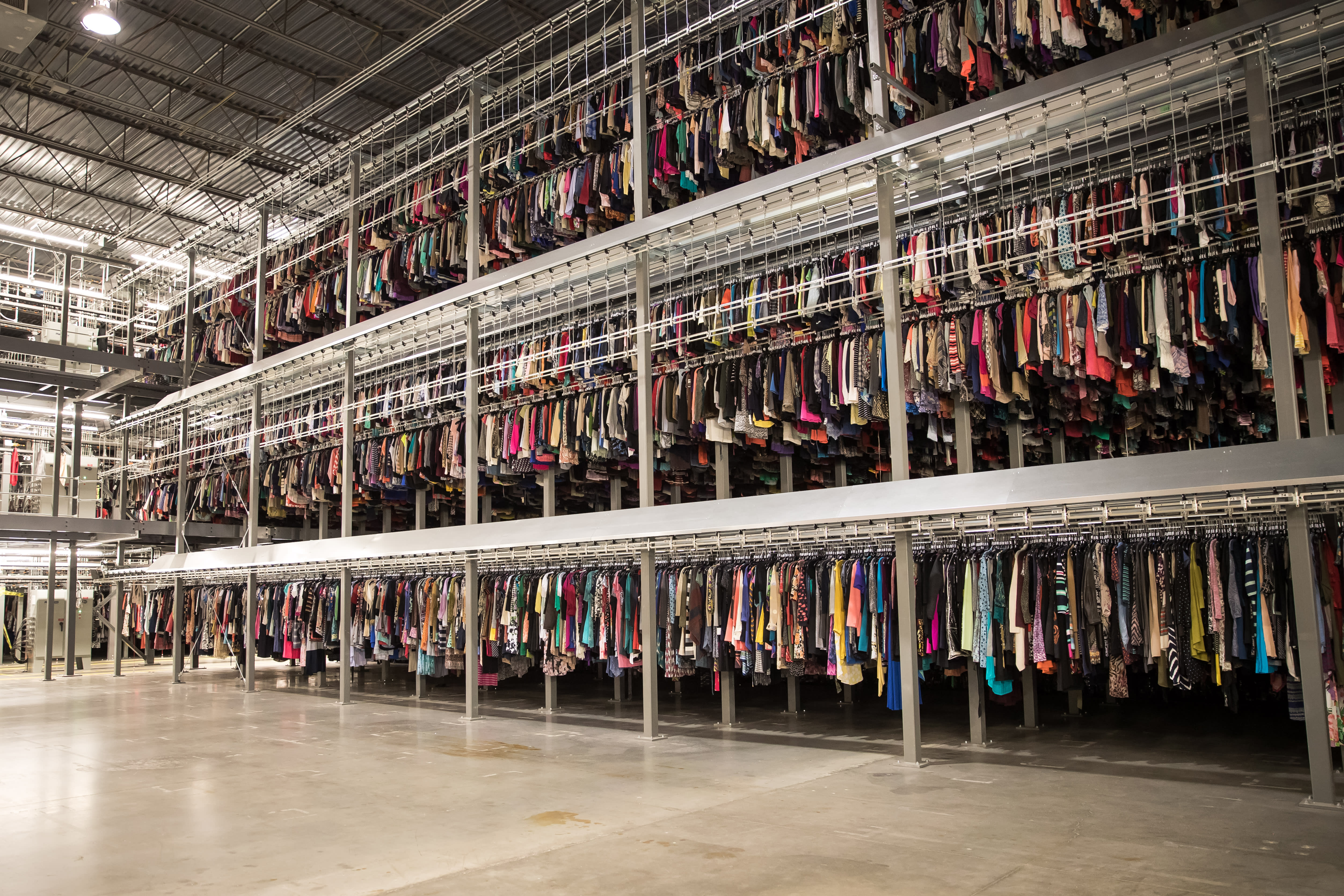 A ThredUp warehouse.Source: ThredUpDespite the coronavirus pandemic upending much of the retail industry and putting a damper on apparel sales, the secondhand clothing market is still expected to boom, according to one online, resale marketplace. The secondhand apparel market is valued at about $28 billion today and is forecast to reach $64 billion within the next five years, ThredUp said in its annual report, which is completed in a partnership with the third-party research firm GlobalData Retail. It said the resale market grew 25-times faster than the overall retail market last year, with an estimated 64 million people buying secondhand products in 2019. “Resale is here to stay,” said ThredUp co-founder and CEO James Reinhart. “The next question is who wins and who loses.” Some experts have cautioned that consumers might pull back on shopping used merchandise as they think about the Covid-19 virus and how it can be transmitted. Some worry it might linger on fabrics. But according to Reinhart, that fear is not yet showing up in the data. “The constant news cycle around how the virus is transmitted has educated consumers. It does not get transmitted on apparel,” he said. “When this started, we were all worried about take-out food. Now that is safe. Consumers are smart about this stuff.” ThredUp, based in San Francisco, has its own website and a handful of shops where consumers are able to sell their stuff and buy resold goods. It calls itself the “world’s largest online thrift store.” The company has increasingly been spotlighted by experts and analysts as it has partnered with major retailers including Macy’s, Walmart and Gap. Everyone seemingly wants a piece of the pie. “Younger people are getting smarter than ever about how wasteful [fast fashion] is,” Reinhart explained. “For years, I was trying to convince retailers to care about this.” According to the report, secondhand goods are expected to make up 17% of a person’s share of closet space by 2029, up from just 3% in 2009. That would put it behind only merchandise bought from off-price outlets such as TJ Maxx, at 19%. Meantime, department stores’ share of a closet is expected to be at 7% in 2029, down from 22% two decades earlier. “Department stores acknowledge they will lose share unless they capture the magic mojo … and what else is going on in apparel,” Reinhart said. “The department store is looking at us to help in some small way.” Meantime, with the unemployment rate in America skyrocketing amidst this pandemic, more consumers are going to be shopping on a budget, if at all. Thredup and GlobalData expect that secondhand marketplaces, Amazon’s fashion business and off-price retailers are the only three apparel sectors that will gain new customers this year.