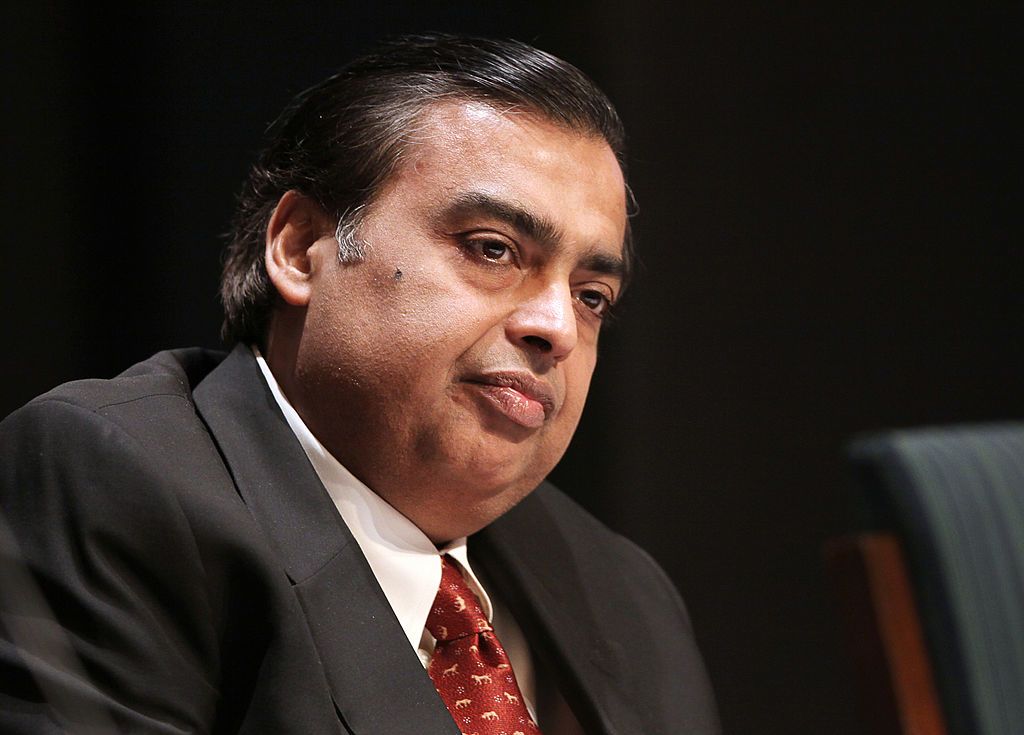 Asia’s richest man is about to given Amazon’s Jeff Bezos a run for his money.

Mukesh Ambani, chairman of Reliance Industries, is close to launching his own e-commerce platform – Reliance Retail – to compete with Amazon and Walmart’s Flipkart in India, according to people familiar with the matter.

Reliance is one of India’s most powerful companies with a growing retail presence across India, a market dominated by neighborhood bodegas, or kiranas.

Ambani’s goal is to create an online marketplace similar to Alibaba that will let offline merchants and kirana stores sell their goods online to Indian consumers, said the sources, who asked not to be named because the marketplace is still a work in progress. With 500 million internet users and e-commerce growing 30% a year, Morgan Stanley estimates that online retail in India will become a $200 billion opportunity by 2027.

Reliance has also played a key role, through mobile broadband unit Reliance Jio, in getting more Indians online by subsidizing the cost of internet broadband.

“Reliance Jio introduced nearly free mobile broadband a couple years ago and that really created an environment where everyone was really beginning to get addicted to using the internet on the go,” Dinesh Moorjani of Comcast Ventures told CNBC in April. (Comcast is the parent of Comcast Ventures and CNBC.)

India’s Economic Times and Bloomberg previously reported on some of the details of Reliance’s plans.

On the ground in Mumbai, everyone from rikshawalas to corporate executives are using Jio. And analysts say that Prime Minister Modi staying in office could create a favorable regulatory backdrop for Reliance.

Earlier this year, India’s government issued new e-commerce guidelines taking aim at foreign players Amazon and Walmart (which acquired Flipkart for about $16 billion last year), complicating their expansion into India. Both U.S. companies have spent billions trying to capitalize on India’s market, and Amazon has more job openings in India than in any other country outside the U.S.

“Within the last nine months, we have seen a significant shift towards more protectionist policies, data localization, and preferential treatment towards domestic companies,” said Nisha Biswal, president of the U.S.-India Business Council (USIBC) at the U.S. Chamber of Commerce, in an interview with CNBC. “This is a worrisome trend that we hope will reverse course in the next term.”

“There are some unique challenges in India and right now the shifting regulatory environment is one of them,” Moorjani told CNBC last month.

Recent regulatory changes have posed a challenge for Amazon.

“Amazon has scaled to become one of the largest e-commerce players in India and currently faces regulation risk,” said Mark Mahaney, managing director at RBC Capital Markets. “The question for Amazon is whether regulation changes in India could impact the company’s near-to-mid-term growth trajectory. We believe that Amazon’s lower-than-expected Q1 ’19 revenue guide was partially due to regulation headwinds in this market.”

And with expansion in China nearly impossible for a number of technology companies, India is where they are hoping to win big.

“Amazon tried to enter China but got run over by Alibaba,” said Gene Munster of Loup Ventures. “The bigger opportunity has been India.”

But e-commerce is not an easy market to navigate, even for domestic players.

While a growing number of Indians in big cities like New Delhi and Mumbai are buying goods online, analysts say the challenge and opportunity is getting users in second- and third-tier cities to give e-commerce a shot.

Reliance is hoping to tap into its 10,415 retail stores across 6,600 cities and leverage its Jio subscriber base of 307 million to reach the masses.

“Clearly when they execute on something they execute really well,” said Sanjay Nayar, head of KKR’s India practice in Mumbai, in an interview. “They have already laid a lot of fiber into your home” and can use that to help with commerce, he said. “If anyone can execute massive projects, it’s Reliance.”

Indian technology investor Kumar Shah tells CNBC that Reliance’s move into e-commerce is the next step in taking advantage of its customer base and relationships with small and medium-sized businesses.

“The company built out the connection layer first, providing affordable data and even selling phones for consumers to go online, and is now developing the marketplace by providing hardware,” Shah said. An example of hardware is point-of-sale machines.

Reliance’s expansion into e-commerce will not be cheap, sources say. The company is currently looking for ways to raise external capital and is in talks with Saudi Aramco about possibly selling a stake in its oil and refinery business.