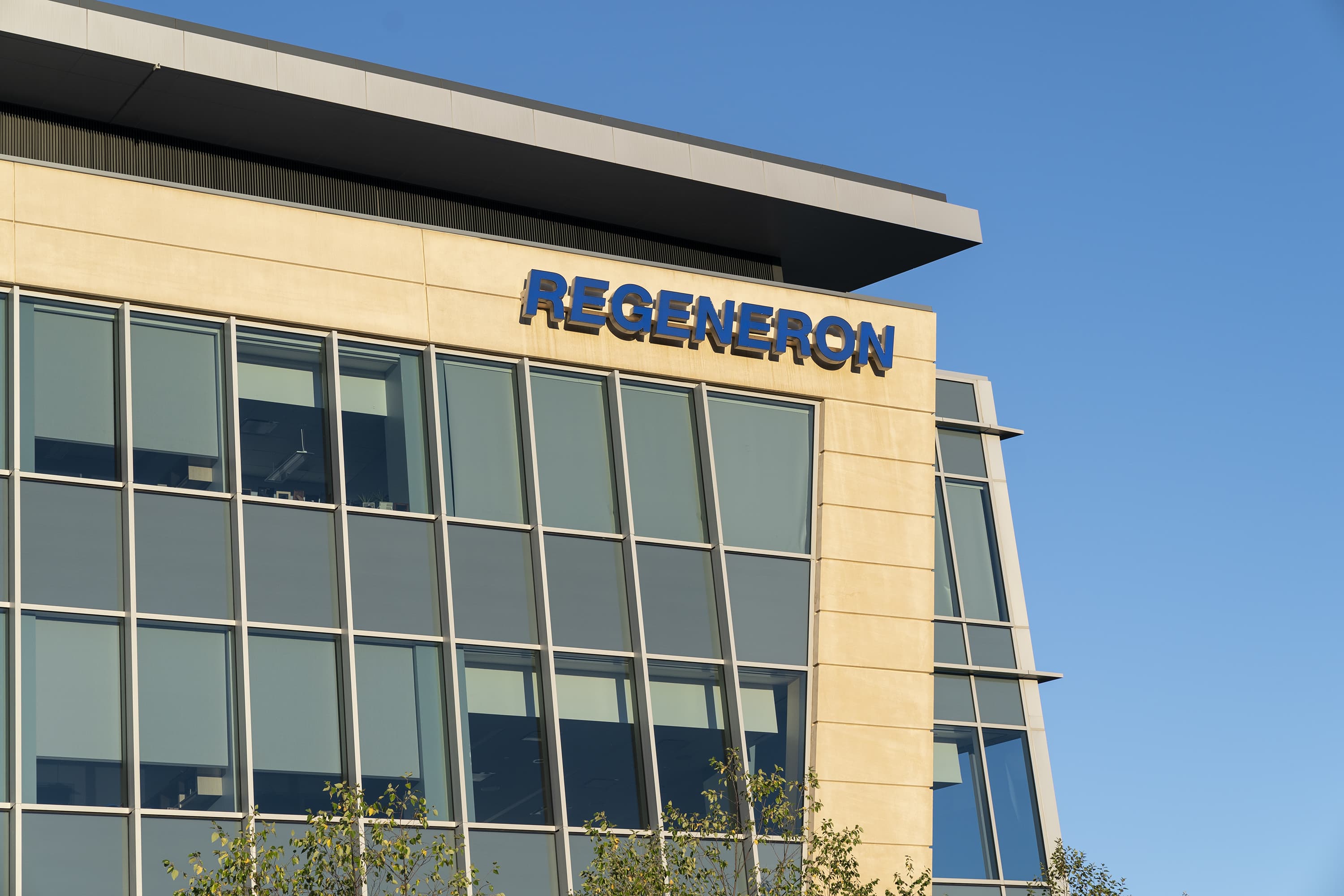 View of Corporate and Research and Development Headquarters of Regeneron Pharmaceuticals on Old Saw Mill River Road in Tarrytown, New York.Lev Radin | LightRocket | Getty ImagesRegeneron Pharmaceuticals said Monday it will ask the Food and Drug Administration to allow its Covid-19 antibody therapy to be used as a preventative treatment.The therapy, which was given to former President Donald Trump shortly after he was diagnosed with Covid-19 last year, has already been authorized by the FDA to treat adults with mild-to-moderate Covid-19 and pediatric patients at least 12 years of age who have tested positive for the virus and are at high risk of severe disease.Regeneron said it is seeking to expand the use of its treatment in the U.S. after a phase three clinical trial, jointly run by the National Institutes of Health, found the drug reduced the risk of symptomatic infections in individuals by 81%. The company also said people who were symptomatic and were treated with the drug resolved their symptoms, on average, two weeks faster than those who received a placebo. “With more than 60,000 Americans continuing to be diagnosed with COVID-19 every day, the REGEN-COV antibody cocktail may help provide immediate protection to unvaccinated people who are exposed to the virus,” Dr. George Yancopoulos, president and chief scientific officer at Regeneron, said in a press release.The trial enrolled 1,505 people who were not infected with the virus but lived in the same household with someone who recently tested positive. Participants received either one dose of Regeneron’s therapy or a placebo. The company said 41% of the people in the trial were Hispanic and 9% were Black. In addition, 33% of the participants were obese and 38% were age 50 and older, according to the company.Regeneron’s therapy is part of a class of treatments known as monoclonal antibodies, which are made to act as immune cells and fight infections. Monoclonal antibody treatments gained widespread attention after news that Trump received Regeneron’s drug in October. In recent months, public health officials have grown concerned emerging, highly contagious coronavirus variants could pose threats to existing monoclonal antibodies on the market. But Dr. Myron Cohen, who leads the monoclonal antibody efforts for the NIH-sponsored COVID Prevention Network, said the drug has shown to retain its potency against new strains. While the world’s attention has shifted to administering Covid-19 vaccines, health experts say treatments are also critically important to ending the pandemic, which has infected more than 31.1 million Americans and killed at least 561,800 in a little over a year, according to data compiled by Johns Hopkins University.