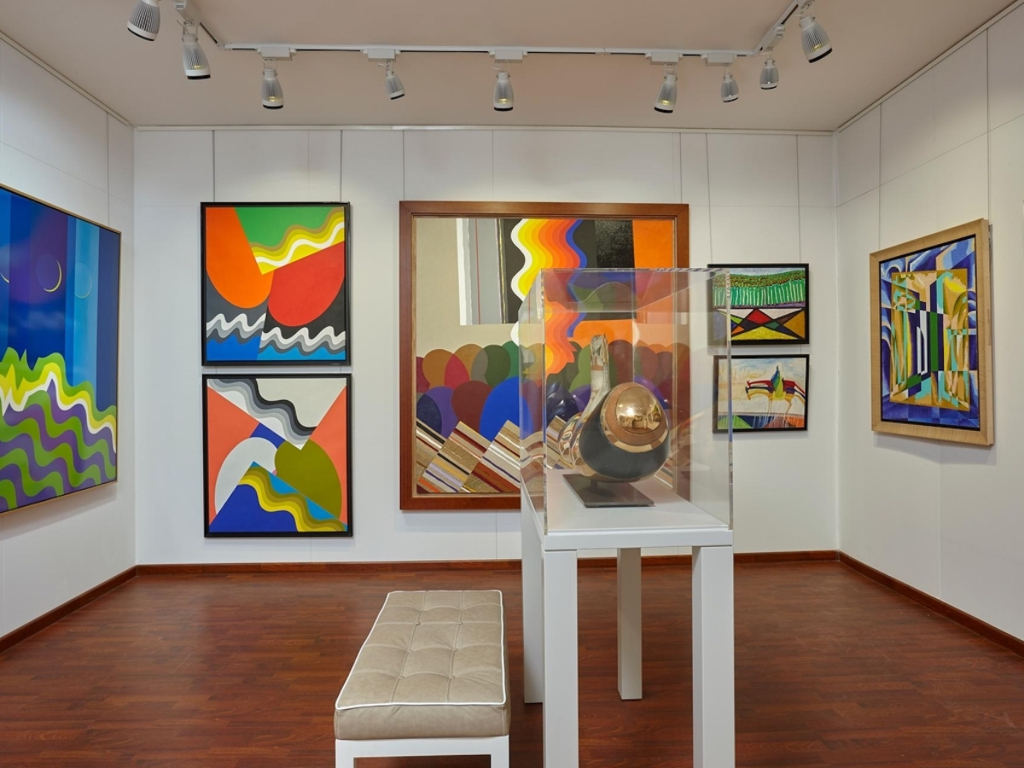 Ramzi Dalloul, a collector who bought more than 3,000 artworks and had plans to open a private museum in Beirut, has died. Al-Quds Al-Arabi, an Arabic-language publication based in London, the city Dalloul also called home, reported that the collector died of a “health crisis,” but did not specify his age.
Over the past decade, Dalloul emerged as one of the world’s most passionate collectors of Arab art. He believed that in the process of educating viewers with his holdings, art could help solve various political and social issues in the Middle East.

“We always hear statesmen in the West say that what the Middle East is battling is a generational struggle that will take a long time to win,” he told Harper’s Bazaar Arabia in 2016. “It is a battle of ideas and doctrines and the people of the region will need to take a lead in this fight. It will not be done by planes, warriors or by armies. It is a battle of ideas.”
Dalloul began buying art for his collection more than four decades ago while traveling to the Middle East as a senior economist for the United Nations Secretariat in New York. But the bulk of his holdings were purchased over the past 10 years with the aim of providing a full picture of Arab art.

Dalloul’s collection—which is overseen by the Dalloul Art Foundation, a Beirut-based organization led by his son Basel—now numbers more than 3,000 works. It features works by a host of well-known Arab artists, among them Dia Al-Azzawi, an Iraqi-born modernist; Mahmoud Mokhtar, who has been considered the father of Egyptian modernism; and Saloua Raouda Choucair, a pioneering Lebanese abstractionist. Alongside pieces these artists, there are also works by figures lesser-known in the West who have been influential in their respective countries, such as Suleiman Anis Mansour and Abdul Rahman Katanani, both of whom are based in Palestine.
“By providing a comprehensive survey of visual arts from the entire region—from Morocco to Yemen and everywhere in between—Dalloul’s 3,500-piece collection will demonstrate the diversity and boldness of creative responses by Arab artists to the complex realities afflicting the region,” art historian Fatenn Mostafa Kanafani wrote in the Egyptian journal Rawi in 2016. “In fact, it will prove that our regional struggles and suffering provide substantial—though at times uncomfortable—material that allows our artists to tower above those from other regions.”

In 2017, the Dalloul Art Foundation formalized plans to build a private museum in Beirut. Set to be named the Beirut Arab Art Museum, the institution, which has not yet opened, could span more than 160,000 square feet. Basel Dalloul said at the time that he wanted the institution to partner with museums around the world, such as the State Hermitage Museum in Moscow and the Centre Pompidou in Paris.
“What a great loss for Arab art & Arab culture,” Sultan Sooud Al Qassemi, an Emirati collector, wrote on Twitter. “Dr Ramzi was one of our region’s greatest champions.”