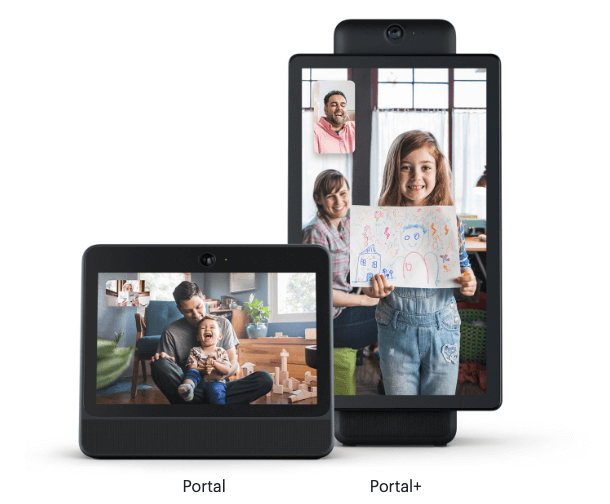 When Facebook’s smart display was released last year, it received mixed-to-positive reviews. However, a substantial number of them also digressed into the privacy and personal data controversies that have recently surrounded Facebook. A review from The Verge offers a representative example:

It’s not often that a new gadget gets announced and I don’t immediately want to get my hands on it. I am an extreme early adopter, both by profession and by inclination. But when Facebook’s new Portal and Portal Plus were announced a month ago, my response was a firm “no thanks.” And I’m not alone: after a year of data privacy scandals, many people’s first reaction to the Portal, a smart display device that has an always-listening microphone and always-watching camera, landed somewhere between hesitation and revulsion.

Late to the market. Facebook was late to the market with the smart display device (powered by Alexa) and that fact undoubtedly hurt its position. But there is now data suggesting people may be staying away because of privacy concerns.

Facebook’s Q1 2019 earnings this week beat Wall Street expectations. The company reported nearly $15 billion in ad revenue, up 26 percent year over year. Advertiser attitudes and Facebook revenue have not been negatively impacted by the various and widely reported privacy scandals – to the surprise of some. But Portal may be a different story, and there’s evidence that these privacy controversies are taking some toll on Facebook’s relationship with consumers.

Hardware revenue down YoY. Facebook doesn’t break out hardware revenue; it resides within Payments & Other Fees. Those revenues in Q1 were $165 million, which was down 4 percent from last year (VR hardware is part of that revenue as well). And while we have no way of knowing specifically about Portal sales, the evidence suggests they’re not moving very well.

Beyond the Q1 category revenue decline, the company recently dropped the price of both portal models by $100. And in multiple surveys, consumers have indicated that privacy is a growing concern when it comes to smart speakers and smart displays.

A 2019 PC Magazine survey of 2,000 U.S. adults found that privacy topped the list of concerns about smart home products. Privacy was also at the center of a Common Sense-Survey Monkey poll about parents’ concerns about their children’s use of virtual assistants and smart speakers. A third survey from IBD/TIPP found that more than 70 percent of respondents were worried about smart speaker privacy. And there are more such surveys.

Why we should care. The smart speaker and display market right now looks a lot like the smartphone market – with two dominant companies in control: Amazon and Google. Apple is also in the running with its HomePod; and, as of this moment, so is Facebook.

If the social media company wants to compete in the smart home/smart speaker market, it will need to do a number of things: create a truly great device, price it aggressively and go above and beyond to offer privacy protection. Simple assurances are not enough.