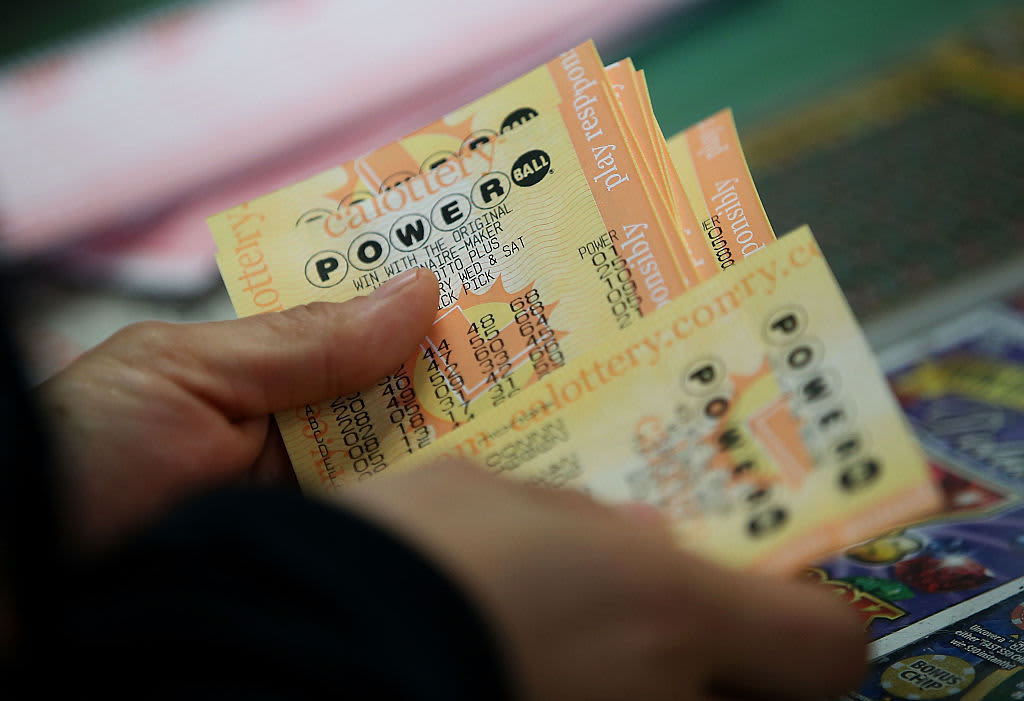 Justin Sullivan | Getty ImagesThe Powerball jackpot just jumped again.With no ticket matching all six numbers drawn Saturday night, the top prize has vaulted to $550 million for Wednesday night’s drawing. And Mega Millions’ jackpot, meanwhile, is even higher: an estimated $600 million for Tuesday night’s drawing.Of course, the advertised amounts are not what winners would end up with. Lottery officials are required to withhold 24% of big wins for federal taxes. And that’s only the start of what you would pay to Uncle Sam and, typically, state coffers.More from Personal Finance:Some newlyweds face a marriage tax penaltyHere are three of my worst money mistakesAvoid mistakes when divvying up assets in divorceFor Powerball’s $550 million jackpot, the cash option — which most winners choose instead of an annuity — is $411.4 million. If there’s a winner, the 24% federal withholding would shave $98.7 million off the top.However, you could count on owing more to the IRS.The top marginal income tax rate is 37%. If there were no reductions to the winner’s taxable income — such as large charitable contributions — another 13%, or $53.5 million, would be due to the IRS at tax time (which would be April 2022 for jackpots claimed in 2021).That would be $152.2 million, in all, going to the IRS. State taxes would be in addition. Depending on where you live, that hit could be more than 8%.For the $600 million Mega Millions jackpot, the cash option is $442.4 million. The 24% withholding would mean about $106.2 million going to the IRS at first.Another 13% would be $57.5 million, for a total of $163.7 million for the taxman.Despite handing over a sizable amount to federal and state coffers, the after-tax amount would be life changing. Experts say jackpot winners should assemble a team of experienced professionals — including an attorney, a tax advisor and a financial advisor — to help navigate their sudden wealth.Most players won’t have to worry about it, however. The chance of hitting either jackpot with a single ticket is miniscule: 1 in 302 million for Mega Millions and 1 in 292 million for Powerball.

FAA chief issues stern warning to travelers after politically-motivated flight disruptions
All the major virus mutations we know about
To Top
error: Content is protected !!