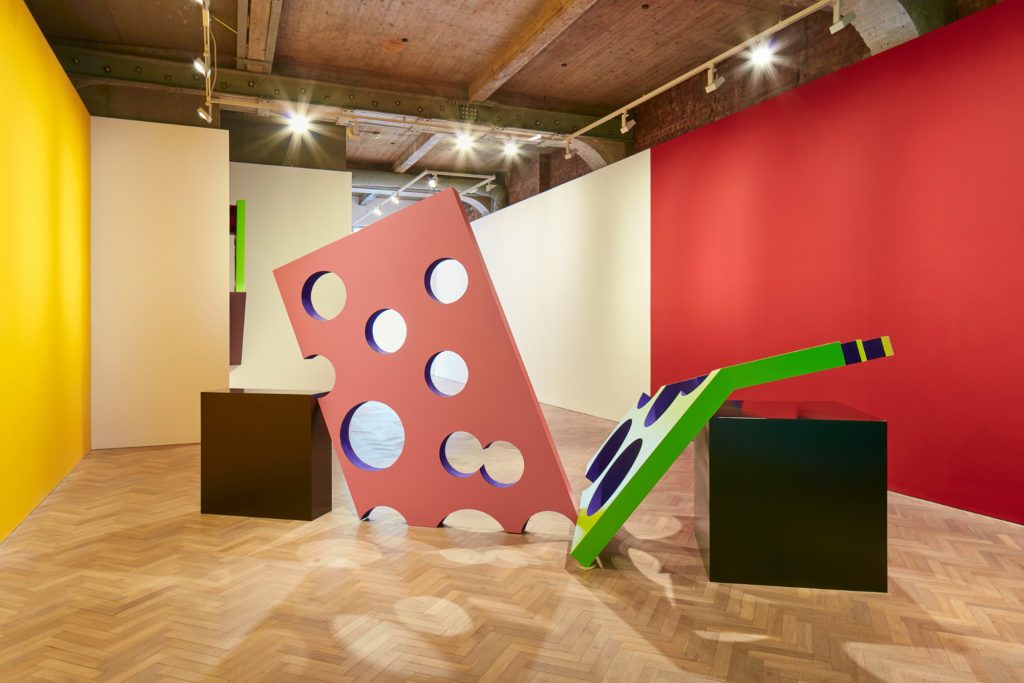 Phillip King, a sculptor who was an integral member of the British art scene’s New Generation during the 1960s, has died at 87. His gallery, Thomas Dane, confirmed his passing on Thursday.
In a statement, Thomas Dane wrote, “We were blessed to have worked with Phillip in the last eight years of his life, during which time he re-taught us that art and sculpture-making should know no rules or limitations. His curiosity, joy, and sparkle were boundless and contagious, and we will miss him dearly.”
Some critics and historians have considered King one of the most important British artists of the past half-century, although his reputation has lagged behind that of his mentor, Anthony Caro, and others in his circle. His abstract sculptures have ended up in museum collections across Europe and the U.S., and in 2014, King was the subject of a small survey at Tate Britain.

Born in 1934 in Tunis, King grew interested in art–a proclivity confirmed when he visited the Louvre in Paris while serving in the British National Service during the ’50s. At the time, visitors were allowed to touch artworks, and he found himself entranced when he placed his hand on age-old sculptures.
King went on to attend Saint Martin’s School of Art in London, where he was taught by Caro. During the ’60s, King and his cohort, mostly other students of Caro, among them Isaac Witkin and William Tucker, were labeled the New Generation. (The name came from a series of shows at London’s Whitechapel Gallery.)
Initially, King was turned off by abstraction, but a visit to Athens, where he saw the Parthenon situated in the hilly landscape, changed all that. “My later reluctance to see abstraction as something worthwhile was to do with it being cerebral and not from nature,” he told the Guardian in 2014. “Greece allowed me to rediscover how things can be of the mind but also of nature, and the idea of using gravity as a way to make things stand up.”
Among King’s most significant works from the ’60s is Rosebud (1962), which was acquired by the Museum of Modern Art in New York at the behest of the institution’s founding director, Alfred H. Barr Jr. Crafted from fiberglass and wood, the sculpture resembles a cone with a pink outer covering. Despite its industrial materials, the work doesn’t feel cold at all.

During the ’60s, King’s fame continued to grow. He appeared in two editions of Documenta in Kassel, Germany, in 1964 and 1968, and in Kynaston McShine’s 1966 exhibition “Primary Structures” at the Jewish Museum in New York, which is credited with helping to define Minimalism. In 1967, King became a trustee at the Tate in London. In 1968, he represented Britain at the Venice Biennale in Italy.
King was also an important educator. In 1999, he was named president of London’s Royal Academy of Arts. The school was beleaguered by financial troubles at the time, and King left five years later, claiming that the tense situation at the Royal Academy was detrimental to his own practice.
King kept working up until the very end of his career, often with only minimal help from his part-time assistants, and one of his final public works in Rennes, France, will be unveiled later this year.