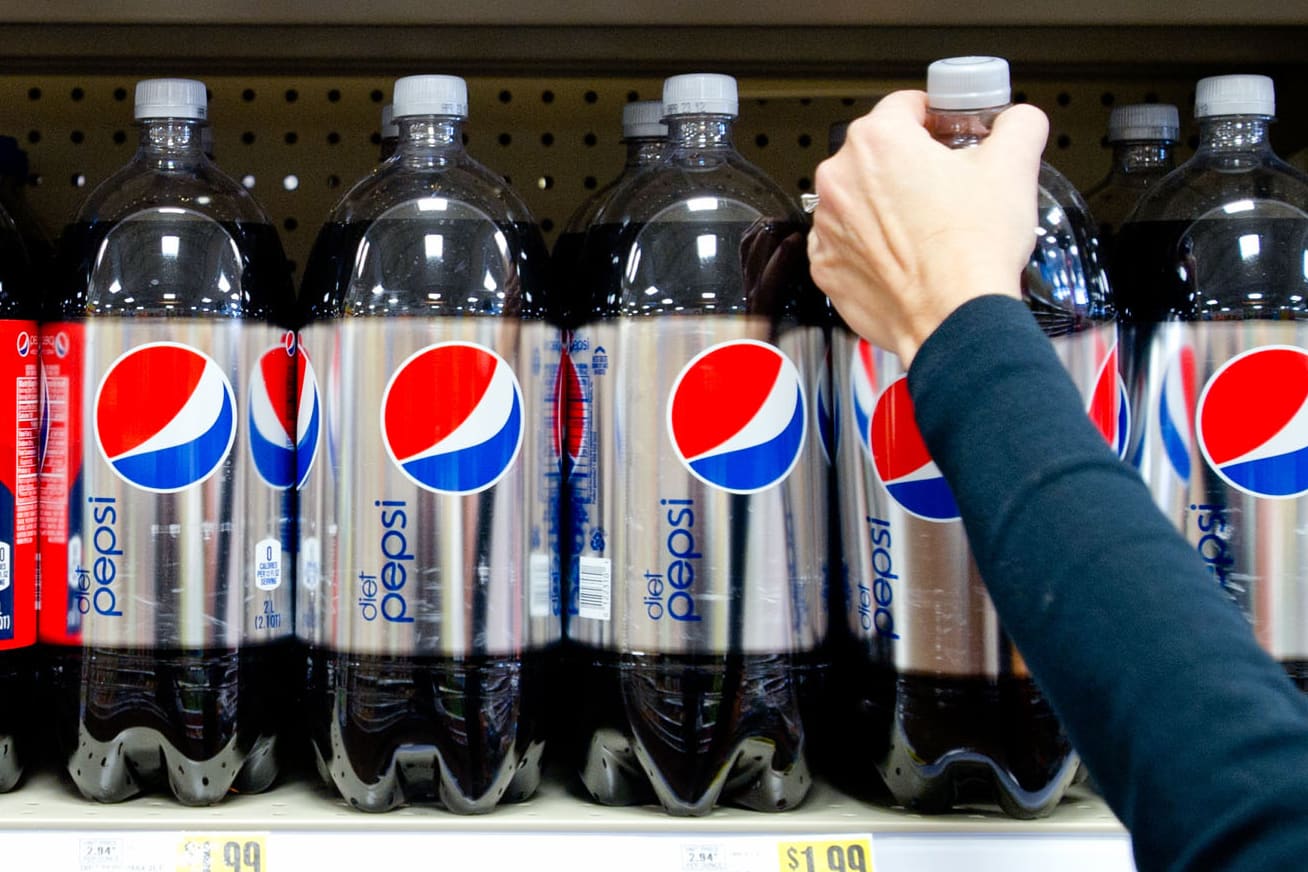 A shopper reaching for a bottle of Diet Pepsi soda in a grocery store in Atlanta, Georgia.Chris Rank | Bloomberg | Getty ImagesPepsiCo and Conagra Brands both said on Tuesday that the plan is to pass along higher input costs to customers as inflation accelerates.Earlier, the Department of Labor reported that the consumer price index jumped 5.4% in June compared with a year ago. It’s the biggest monthly gain since August 2008. Food prices rose 0.8%. The Federal Reserve’s current position is that current inflationary pressures are “transitory,” although the central bank’s New York district found that consumers have different expectations.Maybe that’s because they’ll soon see higher prices on products like Slim Jim jerky and Orville Redenbacher popcorn, which are owned by Conagra. CEO Sean Connolly said in a statement that the company has upgraded its existing plans to respond to higher input costs. He explained that inflation accelerated during the fiscal fourth quarter ended May 30, leading the company to expect “materially higher” costs than it did at the end of its fiscal third quarter in late February.”While we are pleased with the initial results, there will be a lag between the time we are hit with higher costs and when we realize the benefits of our actions,” Connolly said in the statement.The delay is expected to hit Conagra’s results over the next six months, leading the company to cut its fiscal 2022 forecast. The news hit Conagra’s stock, dragging shares down by more than 4% in morning trading despite beating Wall Street’s estimates for its top and bottom lines. The stock has fallen 5% this year, shrinking its market value to $16.5 billion.Likewise, Pepsi is also seeing higher costs for some ingredients, freight and labor. During a conference call Tuesday, CEO Ramon Laguarta told analysts that the company thinks it can manage the higher costs through a combination of higher prices and increased productivity. CFO Hugh Johnston said that Pepsi expects to continue its pattern of hiking prices after Labor Day.Pepsi executives made similar comments on the prior quarter’s conference call, although inflation has accelerated since then. Luckily for Pepsi, its ingredient basket is diverse, and no single commodity accounts for more than a tenth of the basket.Pepsi shares rose more than 2% in morning trading, setting an all-time high for the stock, after the company’s second-quarter earnings crushed Wall Street’s estimates. The company also raised its forecast as consumers returned to restaurants and movie theaters. The stock is up 3% this year, giving it a market value of $212 billion, nearly 13 times that of Conagra.Inflation is also trickling down to another kind of food buyer: restaurants. Chipotle Mexican Grill CEO Brian Niccol said on CNBC’s “Squawk Box” on Tuesday that the burrito chain is seeing some cost pressure.”Whether or not that is permanent in some of the key inputs for our business is to be determined, but I think the positive is that the supply chain is starting to break through some of the bottlenecks that we were battling throughout Covid,” he said.

FAA says Boeing will fix new production defect on 787 Dreamliners before deliveries resume
This 30-year-old quit his job to work on his side hustle. Now he’s on track to make $200,000 in sales this year
To Top
error: Content is protected !!