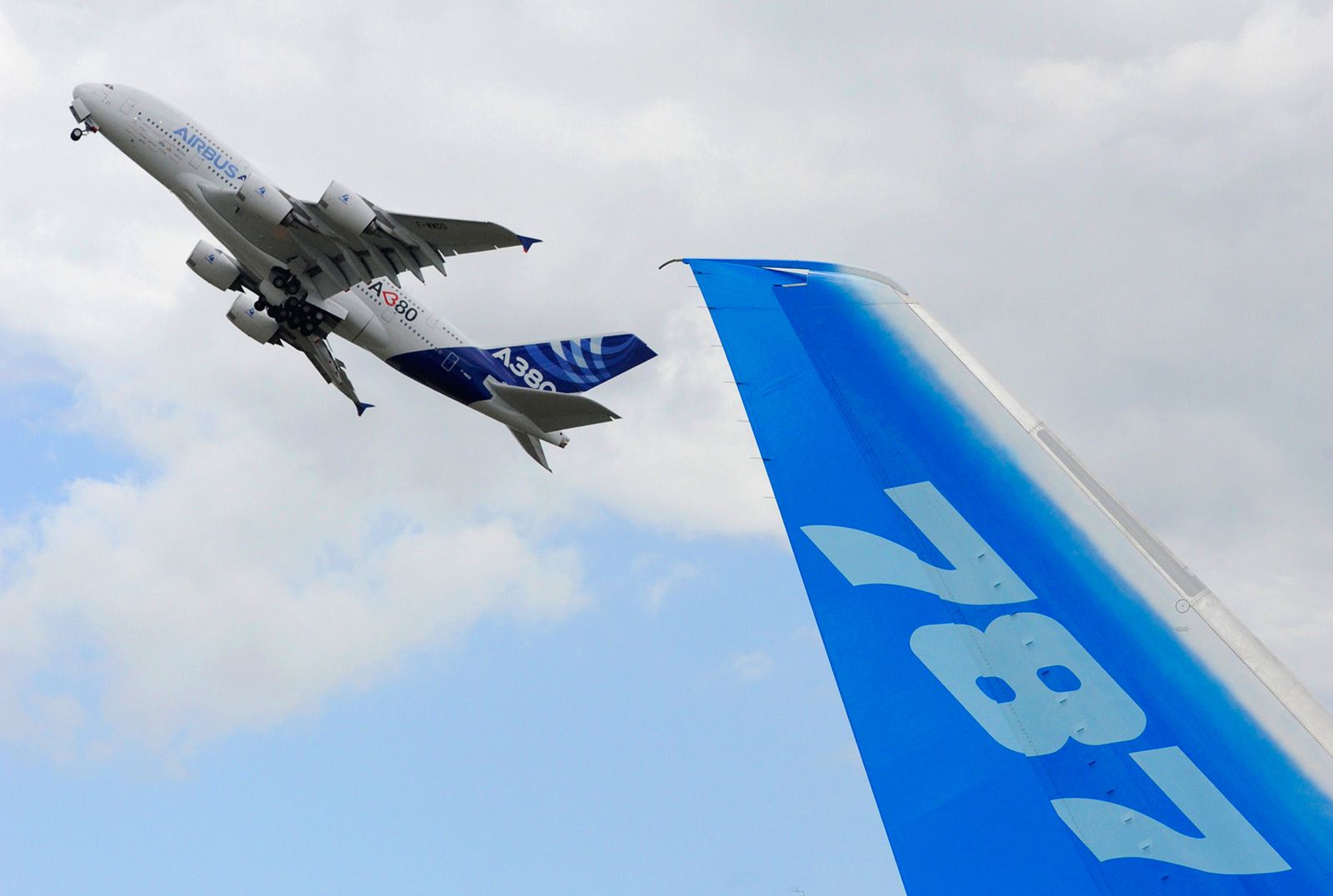 Both Airbus and Boeing will be hoping to reverse a worrying trend in plane orders Monday when the 2019 International Paris Air Show gets underway.

Both manufacturers are struggling to secure new business as airlines wait on the fall out from the trade war between China and the U.S. as well as the grounding of the Boeing 737 Max after fatal crashes in Indonesia and Ethiopia.

At the beginning of June, the International Air Transport Association warned that industry profits would fall by more than $7 billion as global trade dipped.

Alexandre de Juniac, IATA’s director-general and CEO said the impact would primarily be felt in the cargo business but passenger traffic could also fall.

“Airlines will still turn a profit this year, but there is no easy money to be made,” he warned.

Boeing and Airbus square off at the 2013 Paris Air Show.

Boeing’s problems have been well-documented, with both orders and deliveries taking a severe hit following the March 10 crash of an Ethiopian Airlines 737 Max aircraft.

In 2018, Boeing handed over 806 jets but with just 202 deliveries so far this year, is well behind that schedule.

In April, Boeing delivered only 30 aircraft, less than half as many as it delivered in May 2018. The U.S. firm has been forced to reduce its production of 737 planes, so it can switch focus to getting its Max plane back in the sky.

The news has been even more troubling for its 2019 order book.

Boeing isn’t about to run out of work with more than 5,500 commercial planes on its backlog worth nearly $400 billion at list prices. However, in the first three months of 2019, the aerospace giant took just 32 new orders for 737 aircraft.

Then during April and May, Boeing had precisely zero orders for any of its commercial planes. Last month, Boeing also canceled 71 orders for the 737 Max intended for Jet Airways. The Indian airline halted operations in April after failing to secure lifeline funding from banks.

As Paris approaches, media attention will turn to Boeing’s progress on fixing the 737 Max plane and when its big selling aircraft can return to the skies. One almighty riposte to the drum beat of bad news would be if the U.S. firm were to announce new orders of the plane.

Ryanair’s CEO, Michael O’Leary, said he wants compensation from Boeing for delayed delivery of Max planes leading to speculation that, in exchange for a nice price, Ryanair could announce a fresh order at the show.

68 new planes orders were more than offset by 125 cancellations, meaning as at May 31, Airbus’ order book had slipped by 57 planes.

April witnessed just 5 new orders, two A330’s and three A350 planes, while in May just one single jet, an ACJ320neo, was sold to a private buyer. Of the cancellations made this year, around a quarter relate to Emirates’ decision to reduce its orders of the A380 super jumbo.

Europe’s plane maker Airbus was launched at a meeting between French and German ministers on May 29, 1969 and is celebrating its 50th anniversary this year. The expectation is that a slowdown in recent orders maybe so that Airbus can celebrate its big birthday by announcing a raft of deals in Paris.

The firm may also look to grab positive headlines by announcing a launch date for the extended range version of the A321LR.

The plane with a range extended to 8,300 kilometers is thought to be a competitor to any New Midsize Airplane (NMA), or 797, that the industry expects Boeing to announce at some point soon.