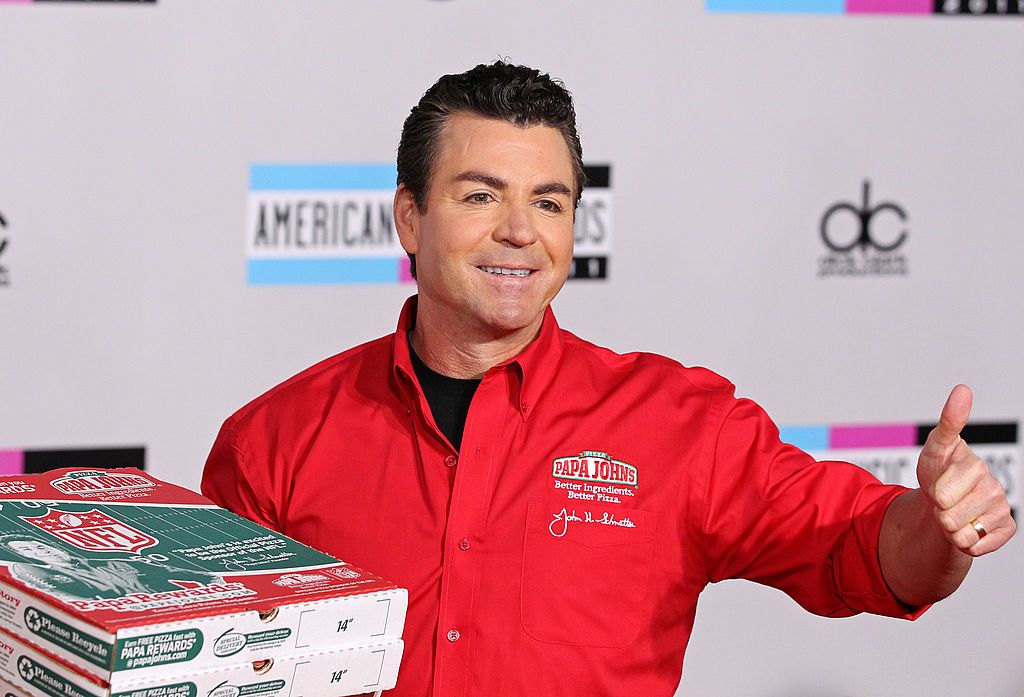 Papa John’s swung to a loss in the first quarter as the steps the embattled pizza chain is taking to bolster its business and legal fees hit earnings.

But excluding these charges, the company topped Wall Street’s expectations. Shares seesawed in extended trading Tuesday, sometimes rising as much 5% before trending back downward.

Last July, sales cratered after it was reported that founder John Schnatter used the n-word on a conference call. After he was ousted as chairman, Schnatter sued the company that he founded. In March, he settled with Papa John’s, dismissing his lawsuits and agreeing to not seek reelection on the board. Schnatter is now considering selling his 31% stake in the pizza chain, according to an SEC filing on Monday.

At the same time it was fighting legal action, Papa John’s also had to contend with a tarnished public image. It removed Schnatter from its pizza boxes and marketing materials. Since then, it has brought in former basketball star Shaquille O’Neal as the new face of the brand and as a new board member. Starboard Value has invested $250 million in the struggling chain and installed its chief executive, Jeffrey Smith, as chairman.

While sales tanked, Papa John’s provided $4.9 million in financial assistance to its U.S. franchisees by reducing royalties. That royalty relief resulted in a 12-cent loss per share.

The company spent an additional $5.1 million on legal and advisory fees, which includes the cost of fighting Schnatter’s lawsuits and the strategic review that resulted in Starboard Value’s investment. These fees resulted in an additional 12-cent hit per share to earnings.

Earnings were hurt further by a one-time adjustment of $5.9 million, or 19 cents per share, related to options to buy Papa John’s stock for Starboard and franchisees.

Sales declined by 11.5% to $398.4 million, beating Wall Street’s expectations of $386 million. North American same-store sales fell by 6.9% during the quarter, an improvement on their 8.1% plunge last quarter.

The company reiterated its full-year outlook, anticipating adjusted earnings per share in range of $1.00 to $2.00 and North American same-store sales declining by 1.0% to 5.0%.