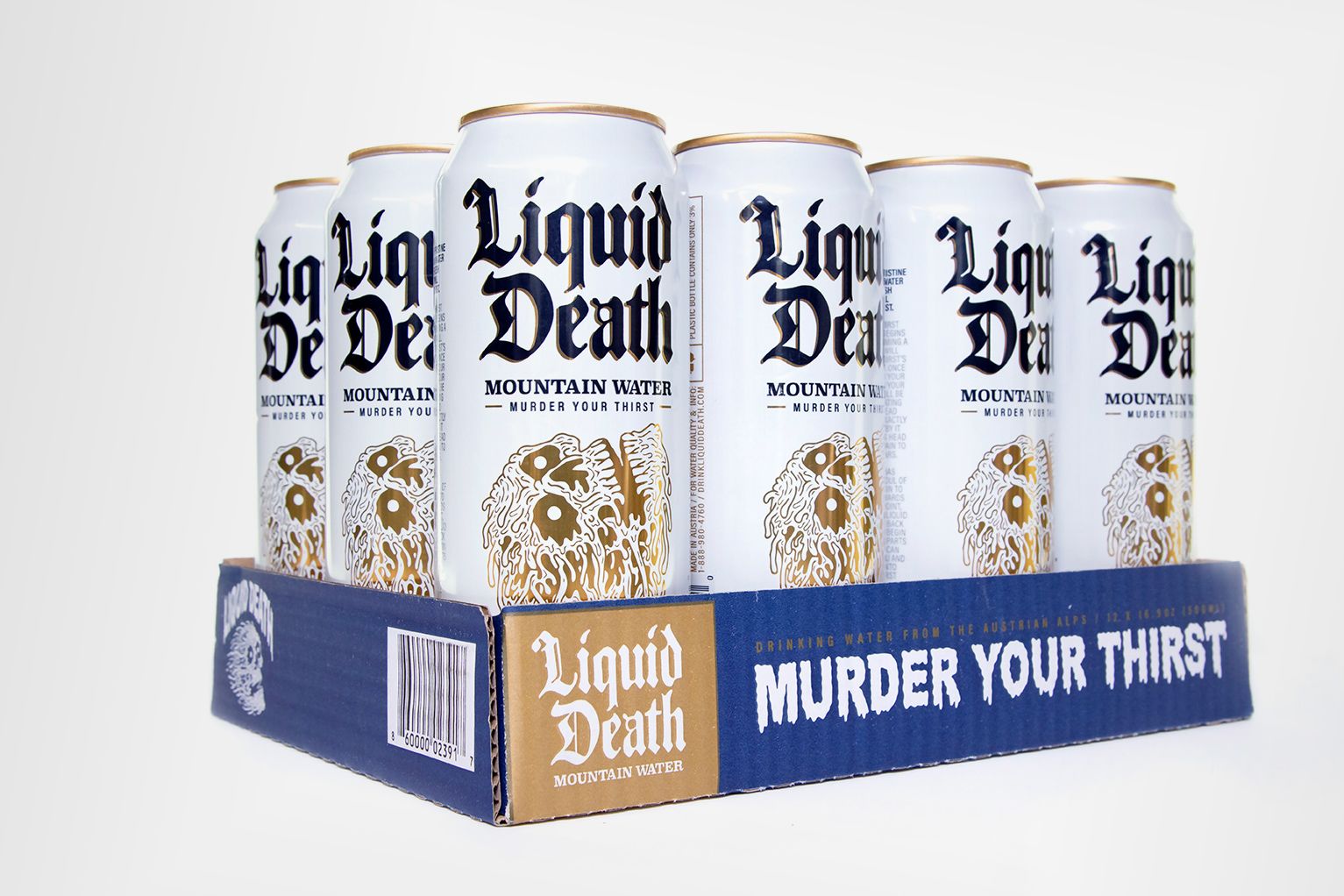 Canned water brand Liquid Death claims to have a punk sensibility, but it’s unlikely to scream “anarchy.” Capitalism might be more appropriate.

The start-up just raised $1.6 million in seed funding, thanks to its marketing expertise. From its name to the melted skull on the front of the can, Liquid Death sells itself as the punk option for bottled water drinkers, saying it will “murder your thirst.”

“We started Liquid Death with the diabolical plan to completely obliterate bottled water marketing cliches by taking the world’s healthiest beverage and making it just as funny and stupid and entertaining as the unhealthy brands across energy drinks, soda and beer,” the company says on its website.

Cessario told Business Insider that the brand was inspired by his days playing in a punk rock band. He said he wanted to appeal to the straight-edge punk crowd, which abstains from drugs and alcohol.

Liquid Death is also trying to appeal to consumers’ concerns about sustainability and plastic waste. Plastic bottles have long been an issue for beverage giants like Coca-Cola and PepsiCo.

Its water cans are currently only available online. A 16.9-ounce can — the same size as a tallboy beer — costs $1.83, including delivery costs. The company said that it donates 5 cents from every can sold to help clean up plastic garbage in the ocean.

The funding round was led by early-stage venture firm Science Inc., which has investments in companies like the Dollar Shave Club and dog-walking app Rover. Other big name investors include Biz Stone, the co-founder of Twitter, and Jen Rubio, the co-founder of suitcase-maker Away. Liquid Death has raised $2.25 million so far.

Papa John’s swings to a loss as fallout from spat with founder weighs on profits
Lyft reports large losses in Q1 2019 earnings
To Top
error: Content is protected !!