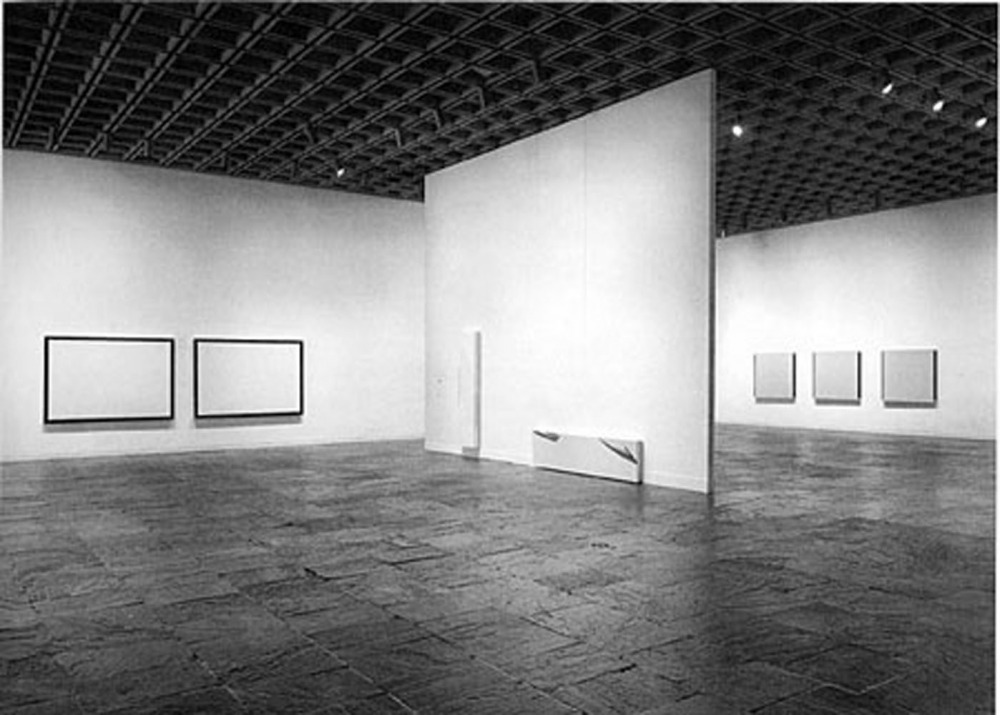 COURTESY THE ARTIST AND WHITNEY MUSEUM OF AMERICAN ART

The painter Jo Baer, whose works has ranged from austere Minimalism to inventive figuration, has been added to the roster of Pace Gallery, which has locations in New York, London, Beijing, Hong Kong, Seoul, Geneva, and Palo Alto, California. Her work is set to go on view in June at Pace’s London gallery, where it will be shown alongside pieces by Mary Corse and Agnes Martin.

Baer is best known for the nearly all-white canvases that she made in New York in the 1960s and ’70s, which often feature a rectangle of what appears to be blank space surrounded by thin borders of black and another color that act as frames. These works explore—and disturb—how viewers typically see a painting. “For those with the patience to look and look, she can provide endless delights on the level of significant detail,” Lucy R. Lippard wrote in a 1972 ARTnews essay on Baer, adding that the artist hadn’t received widespread fame because she is a woman and because her work is so understated.

Beginning in the mid-1970s, Baer’s work shifted toward what she termed “radical figuration,” with canvases involving amalgams of objects and art-historical details—nearly translucent birds, copied elements from Picasso paintings—that are assembled to form surreal tableaux.

That shift in style, and Baer’s moves to Ireland and then Amsterdam at around the same time, caused her visibility to wane in the ensuing decades, though she continued to show regularly and had surveys at the Stedelijk in Amsterdam in 1978, 1986, and 1999, and other institutions. Recent years have seen a surge of interest in her work, especially pushed along by the 2006 exhibition “High Times, Hard Times: New York Painting 1967-1975,” which first opened at the Weatherspoon Art Museum in Greensboro, North Carolina, and went on to travel widely.

Baer’s work has since appeared in permanent-collection hangs at the Whitney Museum of American Art and the Museum of Modern Art, both in New York, and at the Museum of Contemporary Art Los Angeles. Baer, who will turn 90 later this year, also showed her paintings at the 2017 Whitney Biennial.

According to a recent ARTnews survey, Pace Gallery has added 14 artists to its roster over the past three and a half years. Baer’s representation brings that tally to 15.