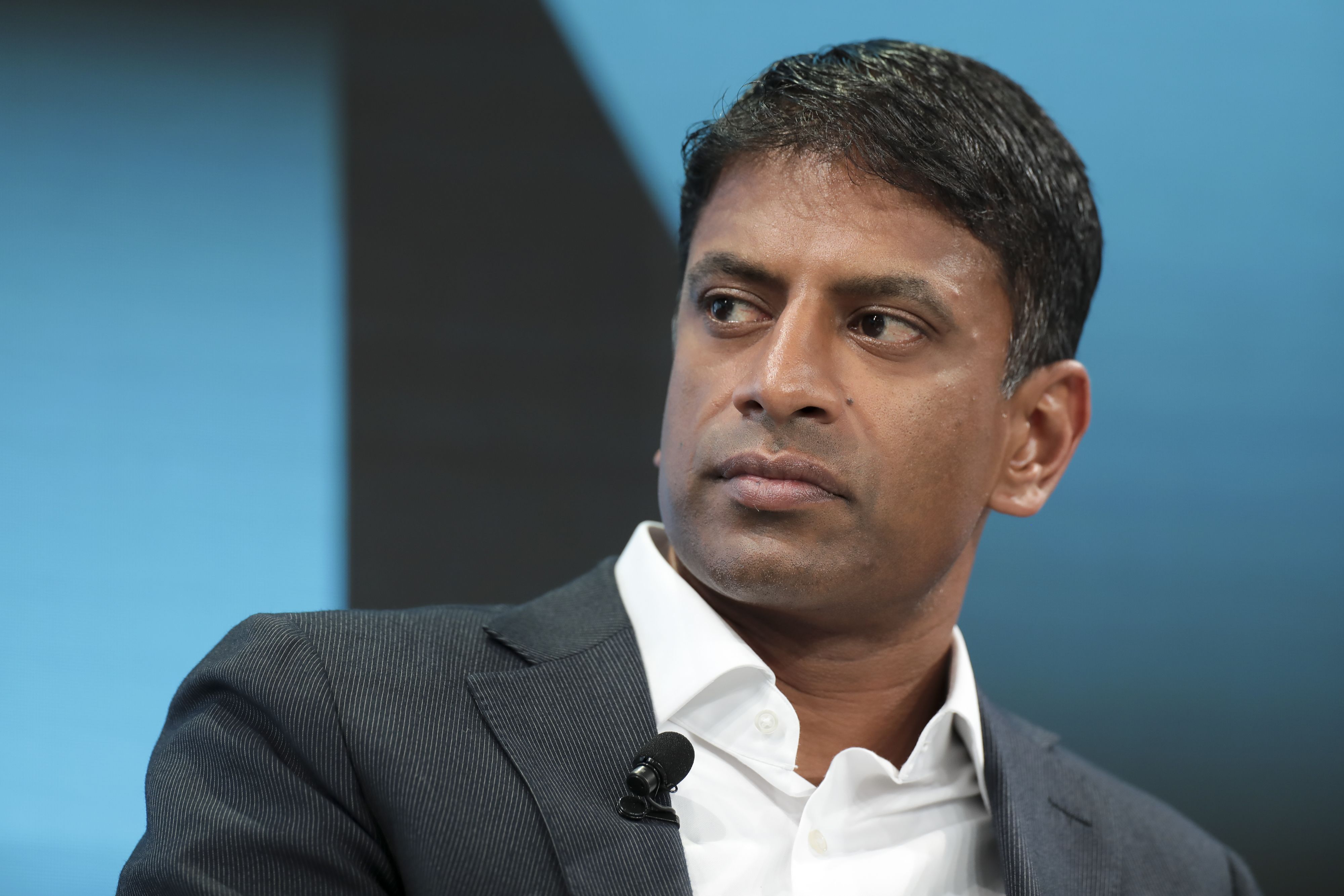 Vas Narasimhan, chief executive officer of Novartis AG, listens during a panel session on the opening day of the World Economic Forum (WEF) in Davos, Switzerland, on Tuesday, Jan. 22, 2019.

One of two top scientists said to be ousted from Swiss drug giant Novartis in connection with a data manipulation scandal is denying any wrongdoing.

Brian Kaspar, previously chief scientific officer of AveXis, the biotech company that developed Novartis’s gene therapy, Zolgensma, “is a respected member of the scientific community with an impeccable record,” his attorney, John Hueston of Hueston Hennigan, said in an e-mailed statement.

Novartis said last week that Kaspar, along with his brother, Allan Kaspar, who led research and development at AveXis, hadn’t been involved with the company since May. Though the company didn’t say so explicitly, a person familiar with the matter said last week their departure was related to the issue of manipulated data that supported Zolgensma’s approval by the Food and Drug Administration.

The report by the FDA earlier this month that Novartis not only relied on manipulated data in the drug’s application, but did so knowingly, has put pressure on its chief executive, Vas Narasimhan. In a conference call with analysts, Narasimhan said Novartis waited to alert the agency about the data manipulation until it had completed its own investigation — about a month after the drug was approved. Both the FDA and Novartis said the data in question didn’t concern the drug’s safety and efficacy, and that Zolgensma should remain on the market.

The Kaspars were among a handful of scientists who were fired in connection with the data manipulation, said the person, who declined to be named because an investigation into the situation is ongoing.

The event has attracted particular scrutiny because of Zolgensma’s price tag: $2.1 million for the single treatment. It’s considered a breakthrough in the treatment of spinal muscular atrophy, a rare and devastating childhood disease. Novartis acquired AveXis last year for $8.7 billion. The FDA has threatened potential civil or criminal penalties against the company.

Kaspar “stands proudly behind the safety and efficacy of the drug that he and his team worked so hard to develop,” the statement from his attorney said. “He has cooperated with AveXis’s internal investigation, and he categorically denies any wrongdoing. He is prepared to assert his rights and defend his conduct accordingly. Dr. Kaspar continues to wish the clinicians and the company continued success in the treatment of children with this deadly and devastating disease.”

Kaspar’s attorney, Hueston, is no stranger to corporate controversy: He defended Tesla CEO Elon Musk in the Securities and Exchange Commission case over Musk’s tweets. Hueston was also lead prosecutor in the 2006 case against Enron executives Kenneth Lay and Jeffrey Skilling, in which both men were convicted of securities and wire fraud.

Hueston said he does not represent Kaspar’s brother, Allan, who has not responded to a message seeking comment.

Big banks kicked off earnings season with a bang