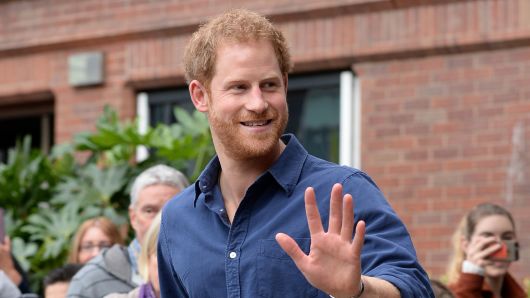 In addition to British royalty, Apple has tapped Hollywood royalty to produce and star in a slate of original content, including director Steven Spielberg and actors Reese Witherspoon, Jennifer Aniston and Steve Carell. Winfrey has a multi-year deal with Apple to create a slew of original shows, including a new version of her iconic book club.

The Duke of Sussex will be a co-creator and executive producer alongside Oprah on a forthcoming mental health-focused series for Apple, according to an announcement on Prince Harry and Meghan Markle’s official Instagram account.

The documentary series will air on Apple’s platform in 2020, according to the announcement.

“I said, you know I’m going to be doing this thing with Apple, [mental health] is a big concern of mine too, and I want to try to erase this stigma, and I’m telling him about this Apple platform,” l health and the spectrum. Harry is co-creating this with me, and he’s executive producing this with me. We’ve had several meetings, we’ve had secret meetings in London.”

“Our hope is that this series will be positive, enlightening and inclusive — sharing global stories of unparalleled human spirit fighting back from the darkest places, and the opportunity for us to understand ourselves and those around us better,” Harry said in a statement.

Apple revealed its video streaming service last month at a star-studded event in Cupertino, California. The service, which doesn’t have a release date or price yet, will be called Apple TV+, and will include Apple-produced shows and movies.

‘Star Wars’ movies get record box office sales except in China
Lyft shares drop to a new low as experts ahead of Uber’s debut
To Top
error: Content is protected !!