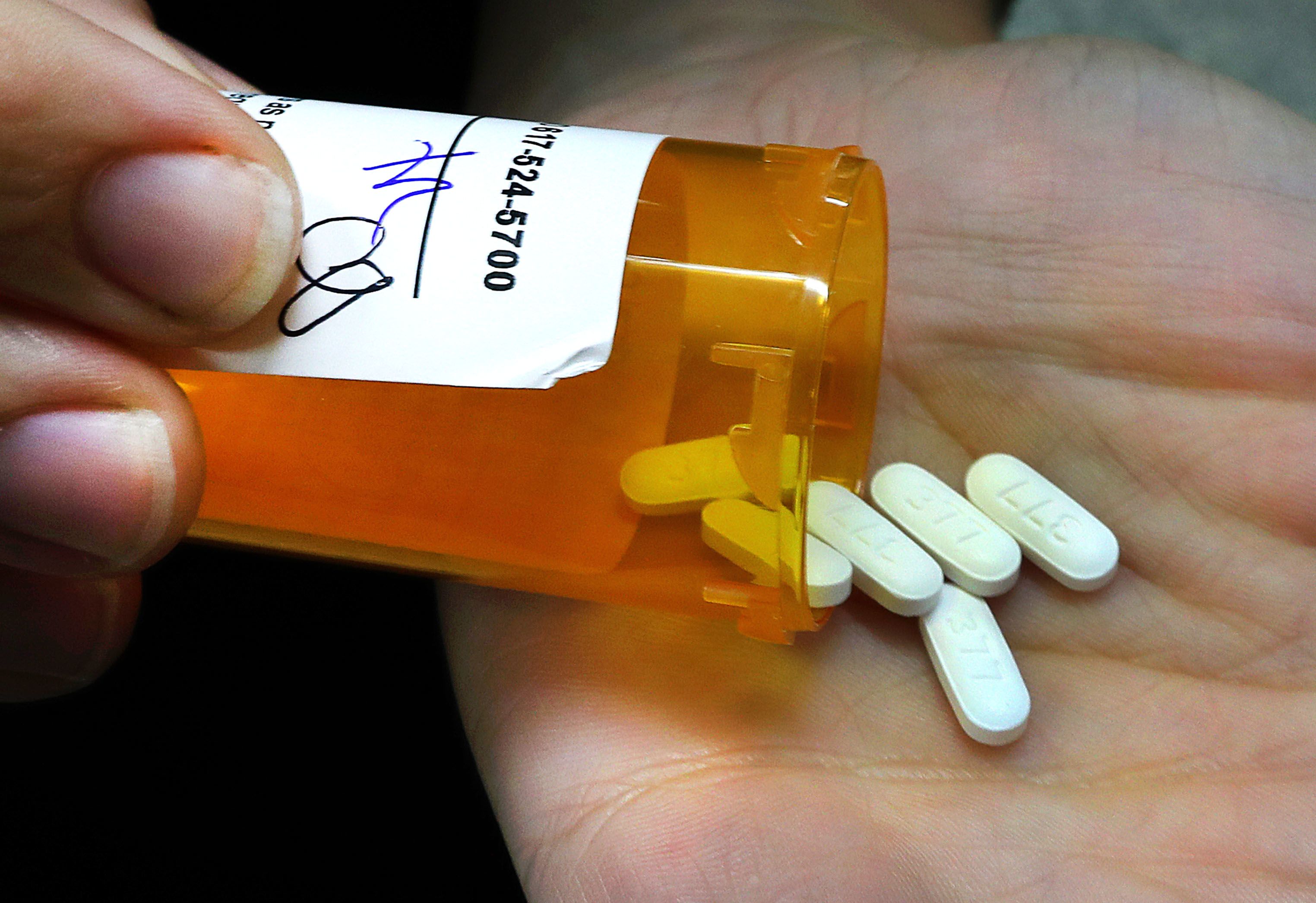 A pharmacist empties a prescription bottle of opioid painkillers that she filled for a patient at the pharmacy inside the facility in Boston.

Shares of drug distributors fell Tuesday after a report said McKesson, Cardinal Health and AmerisourceBergen have proposed paying $10 billion to settle claims they helped to fuel the U.S. opioid epidemic.

The companies made the verbal proposal as part of talks with a group of state attorneys general, according to Bloomberg, citing three people familiar with the offer. The National Association of Attorneys General, which is the handling talks on behalf of several states, countered with a demand for $45 billion to cover costs from the crisis, the report said.

Shares of the drug distributors, which deliver majority of prescription medications to U.S. pharmacies, fell in mid-morning trading.

The report comes as some 1,600 cases against OxyContin maker Purdue Pharma and other opioid manufacturers are being consolidated and transferred to a judge in the Northern District of Ohio. The companies have asked for a delay for the trial set in October.

The opioid epidemic is a major issue for the federal government, which has vowed to crack down on illicit use. More than 130 people in the U.S. die every day from opioid overdoses, with about 47,000 people dying in 2017, according to data from the U.S. Centers for Disease Control and Prevention.

In a statement to CNBC, McKesson said, “We regularly engage with the state attorneys general, but the company has made no settlement offers.”

AmerisourceBergen and Cardinal Health did not immediately respond to requests for comment.