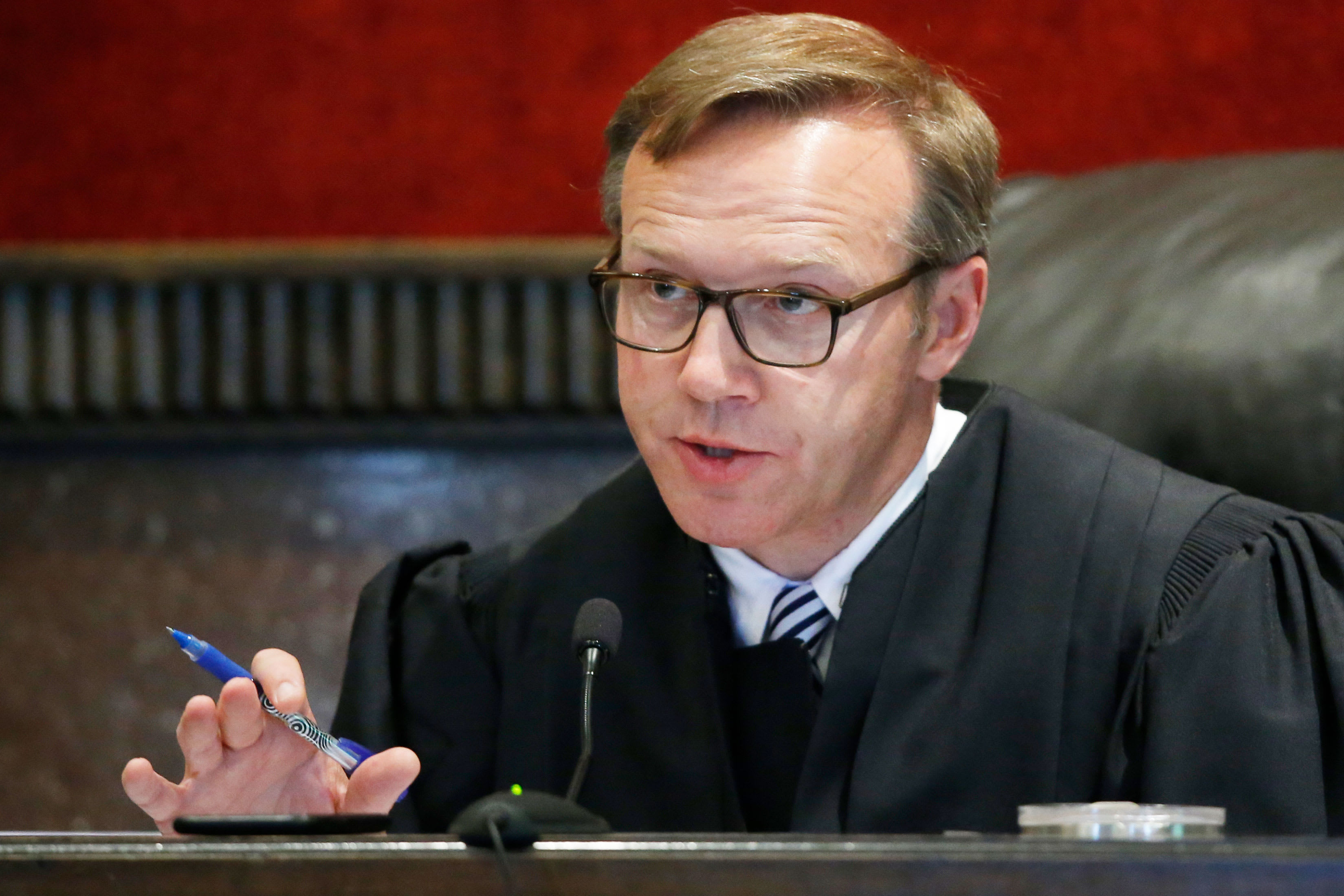 Judge Thad Balkman speaks during discussions about Oklahoma’s trial against drugmakers blamed for contributing to the opioid crisis, June 10, 2019.

Oklahoma’s unusual use of an old nuisance law to win it’s landmark suit against Johnson & Johnson on Monday could spur some states to amend their cases against opioid manufacturers and distributors to include the century-old statute.

Oklahoma Judge Thad Balkman said in his 42-page ruling Monday afternoon the state met its burden that J&J created a “public nuisance” with the misleading marketing and promotion of opioids, ordering the company to pay $572 million to help combat the ongoing crisis. The ruling could eventually see a challenge before the U.S. Supreme Court.

The decision  came a day before NBC News reported that Purdue Pharma, the privately held maker of OxyContin that has faced much of the blame for the nationwide crisis, and its owner the Sackler family, offered to settle the lawsuits against the company for $10 billion to $12 billion.

The Oklahoma attorney general office’s use of public nuisance was seen as an unusual strategy by legal analysts and J&J. The law is often used in cases that interfere with the use of public property, such as the pollution of a river, possession of diseased animals or loud and irritating noises. Legal scholars say the law has recently been used to sue paintmakers over lead paint.

However, Oklahoma Attorney General Mike Hunter argued during the seven-week trial that the state’s nuisance law is much broader than other states and applied to J&J’s alleged misrepresentation that opioids were safe and effective for everyday pain.

“Oklahoma put its eggs in one basket, using a law that has historically been applied in property cases and never been used in a case of this nature,” said Thomas Cooke, a professor of business law at Georgetown University.

Lawyers for J&J, who intend to appeal the decision, say the judge’s interpretation of the law is a “a radical departure from more than a century of case law in this state.”

“No Oklahoma court has ever done what this court has done today and applying public nuisance law to any commercial activity, let alone the highly regulated area of prescription medicines,” J&J lawyer Sabrina Strong said in a Monday press conference. “The decision violates well established constitutional principles including due process of law.”

Cooke said the judge’s decision was definitely a break from traditional product liability law and is “ripe for appeal.”

Carl Tobias, a professor of law at the University of Richmond in Virginia, said it’s possible some states with similar opioid cases could include the law in their arguments. “It has such a broad statue,” he said. “I think it’s going to have an affect.”

Cooke agreed, adding that a variety of legal theories in a lawsuit allows a jury to award for a broader array of damages. But he warned the downside is too many theories could cause the judge or jury to become confused.

“Some states have very weak public nuisance laws,” said Healton, who previously ran the American Legacy Foundation, the organization created by the massive tobacco master settlement agreement in the 1990s.

Some of the 1,900 pending cases against Purdue Pharma, J&J and other opioid manufacturers were transferred to a federal judge in Ohio. A jury is slated to hear out those cases, which accuse drugmakers of “fraudulent” conduct.