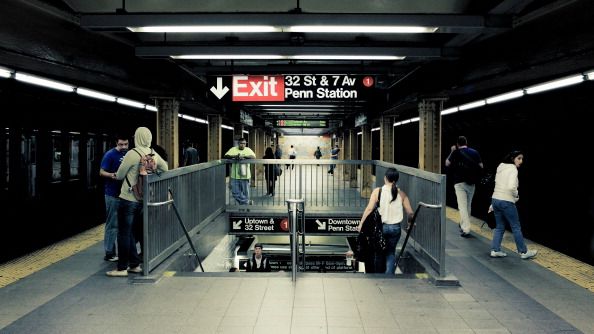 New Yorkers on the subway are kicking off their weekends dealing with long delays to go with the blazing hot temperatures.

The MTA reported at 6 p.m. Friday that the 1, 2, 3, 4, 5 and 6 trains are all facing delays due to a network communications issue impacting service in both directions.

The shuttle between Times Square and Grand Central is also affected by the disruption.

Photos on social media showed massive crowds building at different subway stations, including a line of people trying to get down the stairs to the platform at Grand Central on the 4,5,6 lines, and a packed platform at 96th and Broadway on the 1,2,3, lines.

“Service is suspended and platforms are boiling. New York cannot function like this,” Scott Stringer tweeted.

NYC Council Speaker Corey Johnson echoed those sentiments, saying he will be “expecting a report from the MTA on how this happened during a heat wave when people are encouraged to use mass transit.”

Some passengers on trains at the time were told to get off the train and wait at the sweltering stations. Other rides complained about being stuck on the subway and not moving, without being told what is going on.

The MTA said passengers can see statiion agents for a courtesy pass for continued bus or train service.

Chick-fil-A adds mac and cheese to its menu, making a rare change