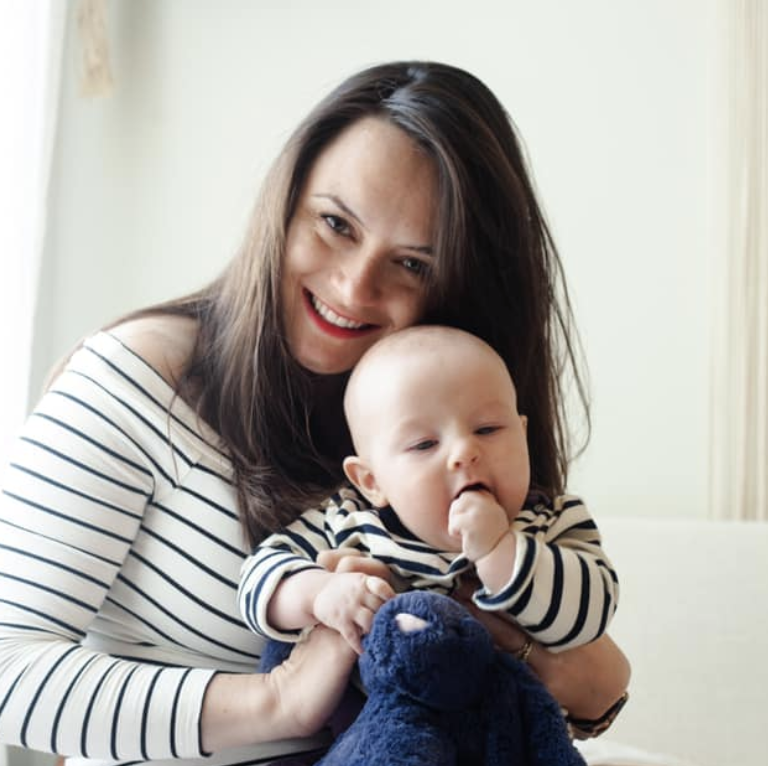 Within weeks of giving birth, first-time mother Kyra Davis realized she was producing more milk than her baby needed.

So she began storing it in her fridge and freezer at her San Francisco home.

Davis had heard about the well-documented shortages at donor banks across the country. The problem is particularly acute for parents of sick or premature infants, who may not be able to digest formula as well as human milk.

So to find parents who wanted it, Davis joined several private groups on Facebook that are dedicated to human breast milk exchange.

Some of these Facebook groups are closed, meaning that outsiders can view them but cannot join without approval, such as Human Milk For Babies, a group that has more than two thousand members and promotes donation rather than sales of milk, and Buy, Sell, and Donate Breast Milk, with more than 5,000 members. Others are open pages, like the Human Milk 4 Human Babies Global Network, which has more than 80,000 likes.

Kyra Davis and her son Jude

Davis is now donating her milk to about 7 or 8 families, most of whom she met on Facebook. They’ll pick up 50 ounces or more from her — enough to feed very young babies for at least two days, in most cases — and will often bring small tokens of their appreciation, like a home-cooked meal. Davis does not accept payment for her milk and has donated it in the Bay Area and in Hawaii, where she was recently on vacation.

In an interview, Davis said she was driven by a desire to give back. When her infant, Jude, was in the neo-natal intensive care unit at the University of California San Francisco, she was given a “high suction” hospital grade pump to stimulate her supply. She put her energies into that, and her milk came in strongly and quickly. So she thought about donating it to the bank there, but felt overwhelmed by all the logistical hurdles when her son was still in recovery.

The American Academy of Pediatrics has made human milk a standard of care for premature babies. But in many cases, the lack of supply has means that the milk is reserved for only the most premature infants.

It struck Davis while in the hospital that if she had struggled to produce milk, Jude might not be at the top of the list, as he wasn’t born early.

Most of the groups that have popped up on Facebook specialize in donated milk from mothers like Davis.

But some offer to sell their oversupply for upwards of $3 an ounce. And outside of Facebook, so-called “underground” websites have proliferated that take advantage of the growing demand for breast milk, with some selling it for up to $16 per ounce. That would represent hundreds of dollars a month in out-of-pocket expenses for a family, meaning only wealthy parents could afford it.

Davis says she is committed to her own health and well-being, and has stuck to the guidelines about things like alcohol consumption while breastfeeding. She’s also careful about how she stores her milk to prevent contamination.

But some medical experts fear that not everyone is as vigilant.

Susan Crowe, an obstetrician who sits on the board of a breast milk bank in San Jose, Calif., noted when researchers in 2015 studied samples of breast milk purchased online, they uncovered that about 10 percent had been tainted with cow’s milk. The researchers speculated that it was a way for the sellers to make more money.

Crowe said there haven’t been many studies like donated versus sold milk. It’s possible, she noted, that risks are lower for donated milk because the motives are different.

But she also explained that at donor banks, breast milk has been pasteurized and tested for infectious diseases, and there are numerous other guardrails in place to ensure it is safe for the infant.

With donor milk acquired on Facebook, there are no such guarantees. In fact, the American Academy of Pediatrics and U.S. Food and Drug administration recommend against internet-based milk-sharing sites, according to the Center for Disease Control, and guide mothers to donation-based human milk banks instead.

Meanwhile, some investors are beginning to see an opportunity in the space.

Vanessa Larco, a venture capitalist at New Enterprise Associates, experienced her own struggles with breastfeeding after her own son was born.

Many experts believe that casual sharing or exchange of breast milk is set to continue, despite the potential risks, given the success of a series of marketing campaigns such as “breast is best” to promote breastfeeding over formula.

Since the 1980s, when formula was a clear preference for mothers, grassroots movements like La Leche have widely promoted the health benefits of breastfeeding to the broader community. They also offer both training and support to women.

But some fear that these campaigns have gone too far in portraying formula as a worst-case scenario and making women feel that it’s a risky or unsafe option.

“If it goes well for women and the plumbing works, then it can be wonderful to breastfeed,” said Jane van Dis, a California-based obstetrician-gynecologist.

“But there’s a whole list of things that can go sideways, whether it’s a breast problem, a latch problem or something else, and we have this problem in our culture where we tell women that it’s their fault.”

Crowe agrees, noting that women are often stuck between “a rock and a hard place,” because they’re being told by doctors and other health professionals to breastfeed, but they live in a society where it can be difficult to do so. For starters, she noted, there need to be better accommodations in the workplace for working women to pump or nurse, if they choose to do so.

For Davis, donating milk has been a positive experience and a way to support other families in her community. But she’s also noticed that other mothers have felt guilty, ashamed, or struggled with other negative emotions.

“It’s one of a series of things that society tells women it’s important to do in order to be a good parent,” Davis explained. “The first is starting with a natural labor and then it’s breastfeeding for a year, and those are just the start of a series of tests that we push onto moms.”