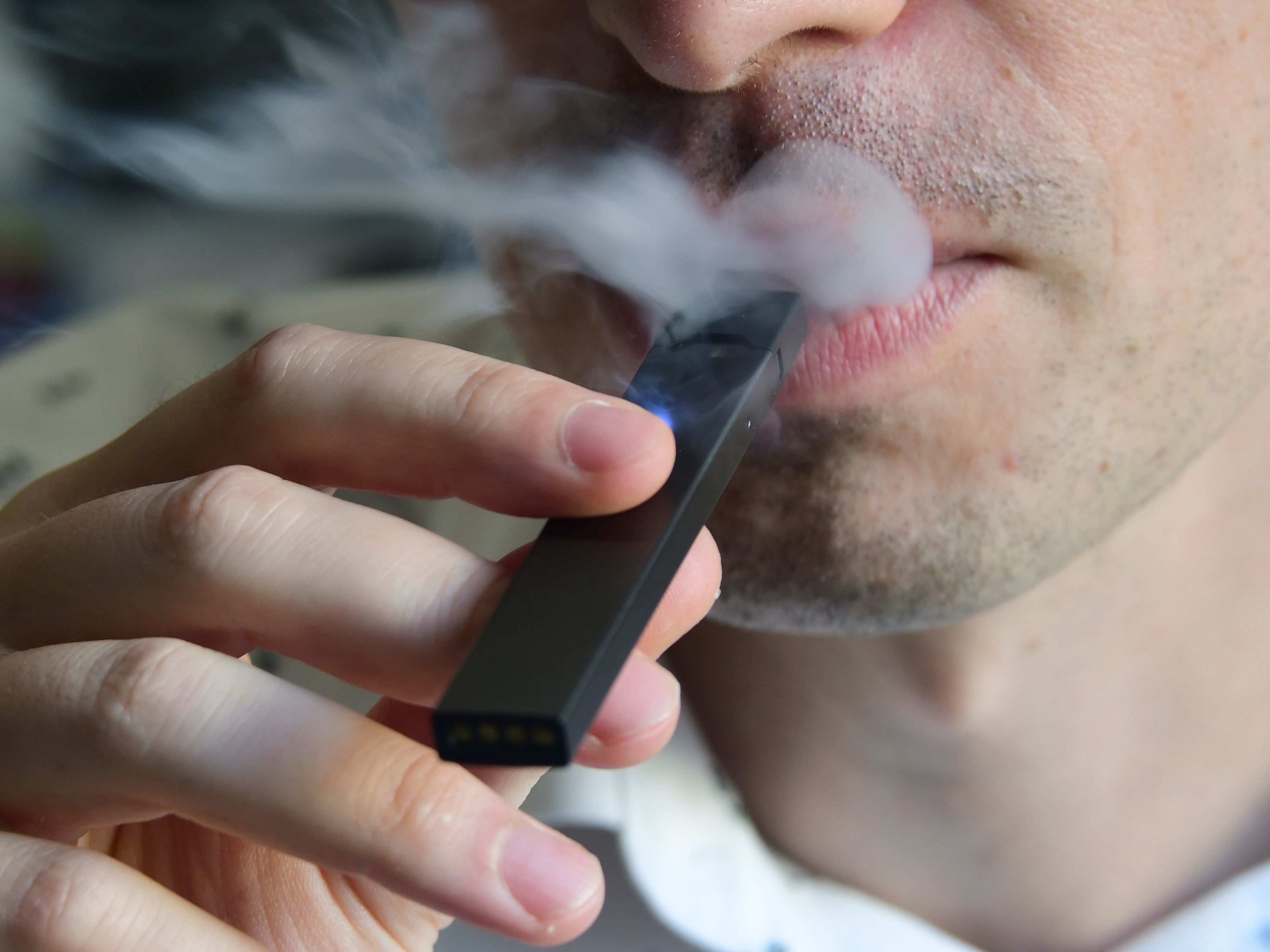 An illustration shows a man exhaling smoke from an electronic cigarette in Washington, DC.

North Carolina sued e-cigarette maker Juul Wednesday, accusing the vaping company of targeting young consumers and misrepresenting the potency and danger of nicotine in its products.

This is the latest suit against the company that claims its products promoted nicotine use in underage buyers.

“JUUL targeted young people as customers. As a result, vaping has become an epidemic among minors,” North Carolina Attorney General Josh Stein said in a statement. “JUUL’s business practices are not only reckless, they’re illegal. And I intend to put a stop to them. We cannot allow another generation of young people to become addicted to nicotine.”

Juul did not immediately respond to CNBC’s request for comment.

Juul allegedly “downplayed” the danger of nicotine in its flavored pods, according to the complaint, which says a “typical JUUL pod is so strong and addictive that it is nearly three times the permissible concentration allowed for sale in a number of countries for people of all ages.”

Stein is asking the court to force the company to stop selling e-cigarettes to minors in North Carolina, limit the number of pod flavors sold in the state, cease advertising practices that appeal to young consumers and delete all customer data for any consumers under age 18.

Juul, which is partially owned by tobacco giant Altria and dominates the e-cigarette market, says that its products are only meant for adult consumers.

This story is breaking. Please check back for updates.