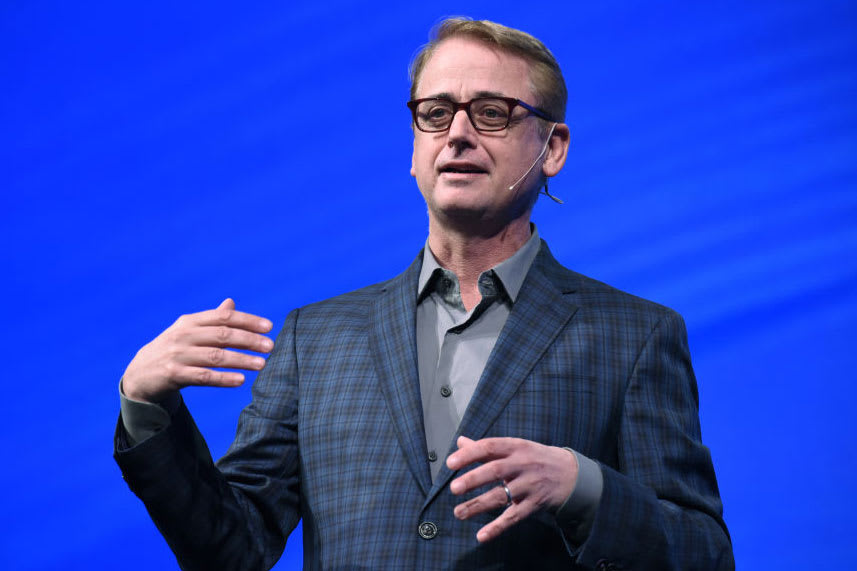 Nielsen’s David Kenny, in an appearance on CNBC on Friday, explained why he embedded the position of chief diversity officer into his responsibilities as chief executive officer of the marketing firm.”There is no more powerful position than the CEO and, quite honestly, this isn’t going to change if the people with power don’t use that power to change it,” Kenny said in a “Closing Bell” interview.Kenny, who is White, became chief executive in December 2018. In an April 2019 proxy statement, the company announced publicly that the title of chief diversity officer was added to Kenny’s duties. The executive position was last held by Angela Talton, a Black woman, who now owns a diversity and inclusion consultancy.Culture and accountability are two other pillars of the chief diversity officer’s role, “to make sure we’re talking about inclusion” and “equality at every level, and that it is front and center in the board room and in the management room,” Kenny continued. “We can set hard targets for ourselves and make those transparent to our board and measure them like we measure other outcomes like financial results.”Kenny said Nielsen is “lucky” that about 38% of the company’s workforce in the U.S. is made up of people of color and that the company “has improved, but we also have targets at every level.” Additionally, 40% of Nielsen’s senior positions are filled by women and the New York-based company should increase that number to 50%, he added.Of Nielsen’s 10 global executives, three are women and two are people of color.In January, Nielsen hired Sandra Sims-Williams, former chief diversity officer of Publicis Groupe, as senior vice president of diversity and inclusion.”I’m fortunate to have a very diverse team helping me and they encouraged me last year to take the title on,” he said.Nielsen released its first diversity and inclusion report in 2016 under Talton’s direction. The most recent such report available on the company’s website was issued in 2018. There was no formal announcement of Talton’s departure a little more than a year ago.Diversity in corporate America has emerged again as a big topic as the U.S. faces a racial reckoning in the wake of a string of police killings in recent months. Protests against police brutality and systemic racism were set off by the police killings of George Floyd, Breonna Taylor and Rayshard Brooks, among other offenses against Black communities.According to research from Black Enterprise, just more than 320 board seats of about 300 companies in the S&P 500 were held by Black members in 2019. Nearly 190, or 37%, of companies listed on the benchmark did not have a Black board director. That’s a 2% improvement from the year prior, the study said.Additionally, there are only four Black CEOs in the Fortune 500 companies.In top executive roles in corporate America, about 85% of positions are held by White people, 3% Hispanic or Latino people and 2% Black people. Among support staff and operations positions, 64% are White, 12% Black and 10% Hispanic or Latino, according to data from human resources consulting company Mercer.Clarification: The headline on this story and parts of the article have been modified for clarity.