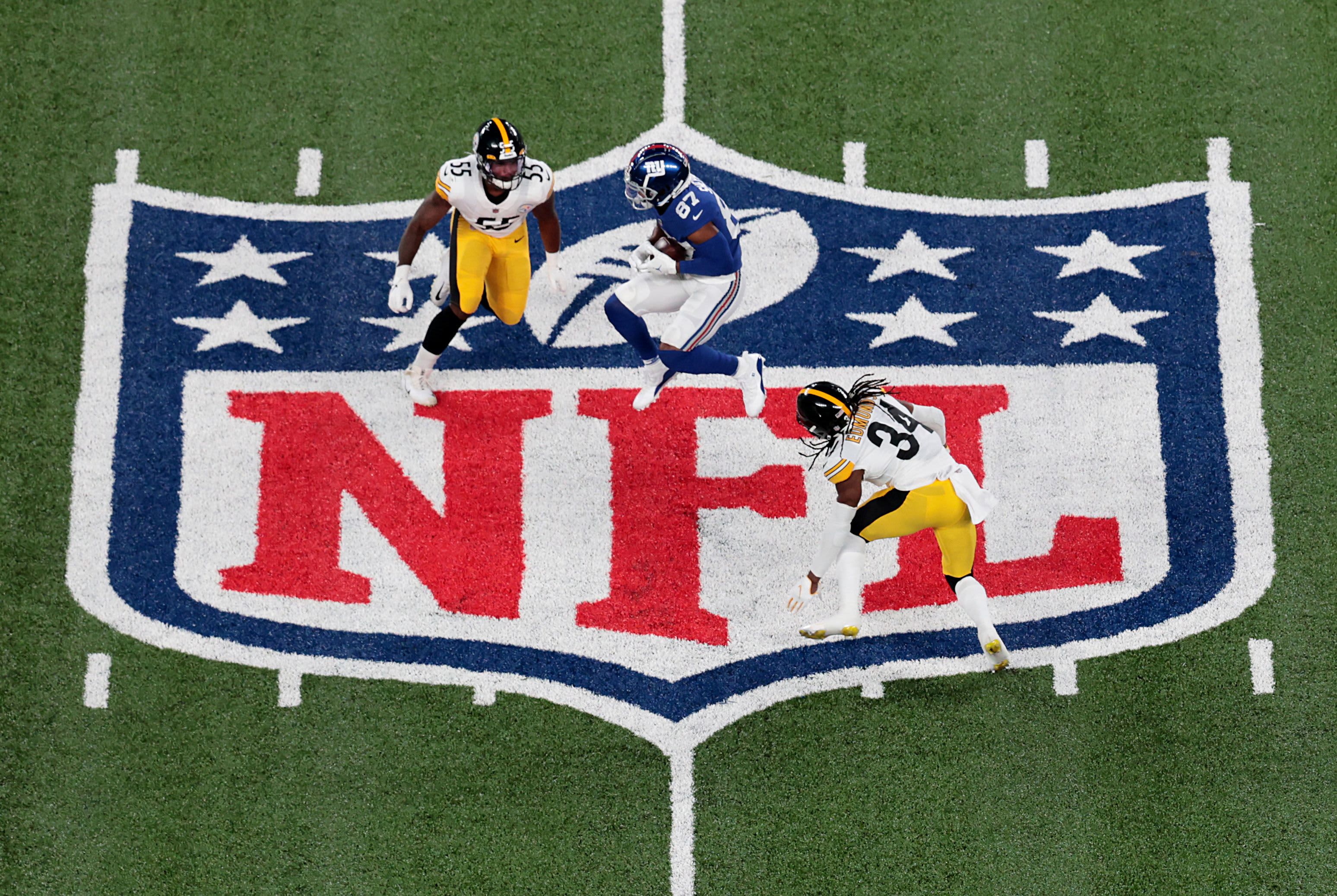 New York Giants wide receiver Sterling Shepard (87) catches a pass in front of Pittsburgh Steelers strong safety Terrell Edmunds (34) and linebacker Devin Bush (55) during the first half at MetLife Stadium.Vincent Carchietta | USA TODAY SportsThe National Football League wants to charge its current network partners double what they’ve been paying to broadcast games — but Disney is pushing back, citing the high price tag for Monday Night Football.The NFL is in active discussions on renewal rates with all four of its existing network partners — NBC, CBS, Fox, and Disney-owned ESPN, according to people familiar with the matter. The NFL is hoping to get its primary package renewals completed by March 17, before the start of the new NFL league year, CNBC reported earlier this month.NBC, CBS and Fox are likely to accept increases closer to 100% than Disney, which is currently paying much more than the three broadcast networks for its Monday Night Football package, said the people, who asked not to be named because the negotiations are private.Disney agreed to pay $1.9 billion annually for Monday Night Football in 2011 — a deal that runs through 2021. That dwarfed the average $1.1 billion annual cost for Fox, $1 billion annual price tag for CBS and $960 million for NBC’s Sunday Night Football.Disney has already rejected paying anywhere close to $3.8 billion per year for its new deal, said two of the people. Disney CEO Bob Chapek alluded to pushing back on the NFL’s asking price during his company’s earnings conference call last week.”We’re looking at the long-term trends of sports viewership,” Chapek said on Feb. 11. “We’ve had a long relationship with the NFL. If there’s a deal that will be accretive to shareholder value, we will certainly entertain that and look at that. But our first filter will be to say whether it makes sense for shareholder value going forward.”NFL games have been the most watched programming on television for many years. The top five broadcasts of 2020 were all NFL games. But there’s been a concerning decline among younger audiences, as evidenced by a decade-long decline in Super Bowl ratings among 18-to-49-year-olds.Disney’s negotiationDisney’s Monday Night Football deal is for more than just the games. Disney also gets highlight rights for ESPN, branding rights for shows, and — importantly — streaming rights.The league has asked Disney to pay the same type of increase as its other partners because Disney is asking for more from the NFL this time around — including double-header Monday Night games, where one game airs on ABC, the Disney-owned broadcast network, the people said. Disney also wants ABC to become part of the Super Bowl rotation with NBC, CBS and Fox. ABC was the home of Monday Night Football until 2005.Disney also wants flexibility in terms of streaming rights as the company considers selling ESPN as a direct-to-consumer product. The NFL plans to include streaming rights as part of each network package, the people said.Further, the NFL wants to add an 18th week of regular-season play as soon as next season. That’s an extra game for Disney — and every other broadcast partner.Spokespeople for the NFL, NBC, ESPN and CBS declined to comment. Fox did not immediately return requests for comment. –CNBC’s Jabari Young contributed to this story.Disclosure: NBC is part of NBCUniversal, the parent company of CNBC.WATCH: NFL pushing to finalize new TV deal before March