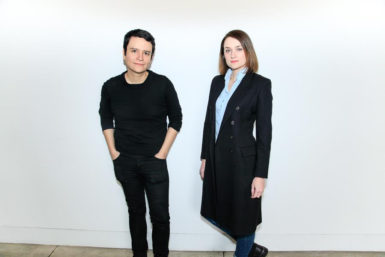 Olga Generalova, director and gallery manager of Galerie Maria Bernheim in Zurich, will soon join Francisco Correa Cordero at the helm of Lubov gallery, which was founded in New York’s Tribeca neighborhood in 2016 and will move a few blocks to Chinatown soon. The enterprise will also open a space in Zurich in June, coinciding with Zurich Art Weekend.

Generalova will continue to lead Galerie Maria Bernheim as she takes up her new post with Lubov, and Correa Cordero told ARTnews that, having known her for 10 years, “it just felt natural for us to combine forces.”

“Olga travels a lot between New York and Zurich, and we’ve been in conversation for the last year in a half about doing something together,” he said. “She will get the program going and help me expand it. I just wouldn’t be able to grow the gallery if I continue doing it by myself.”

The space in Zurich will serve as an office and will stage exhibitions in collaboration with other galleries across Europe on a “project by project basis.” The inaugural exhibition at the outpost was organized with Mikro Offspace in Zurich. Correa Cordero added that he envisions similar exchanges with American galleries and arts organizations for Lubov in New York.

“We want to introduce artists to audiences in Europe, and we just thought we would formalize what we were doing,” Correa Cordero said, noting that he’s previously worked with several of the artists who have joined Lubov, including Darst, Soto, and Westra.

“Great Expectations,” a project by Berglund, will open at the gallery’s new location in New York, at 5 East Broadway in Chinatown, on May 4.