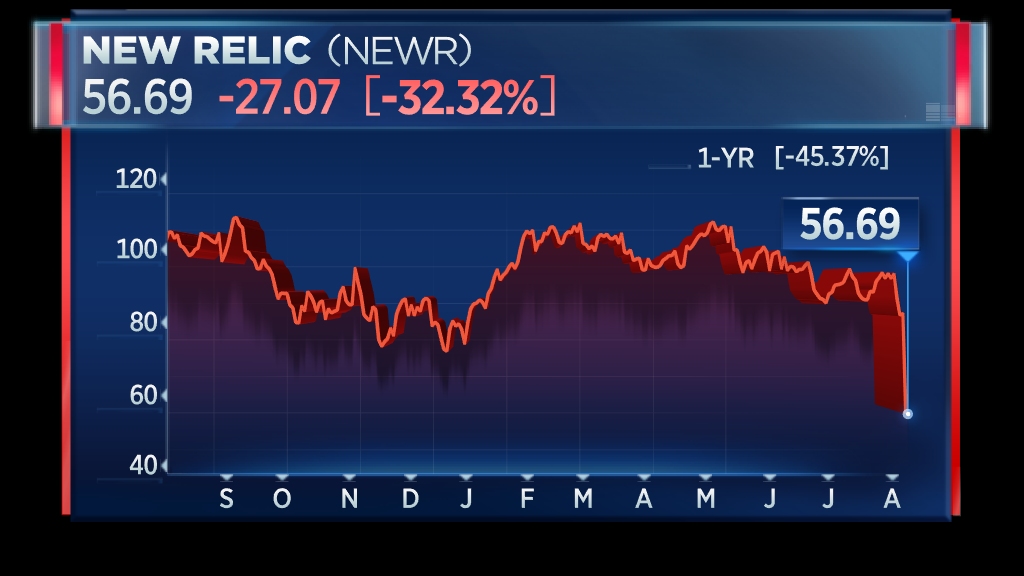 It’s not uncommon for public companies to report disappointing numbers. But you don’t often see a CEO blaming the shortfall on poor execution.

On Tuesday, New Relic CEO Lew Cirne addressed the company’s discouraging quarter in his opening remarks on the earnings call, after the software developer provided a weaker-than-expected forecast for the first time since going public in 2014.

“While revenue was above our guidance for the quarter, we did not execute well enough to meet quarterly sales and head count targets,” Cirne said. “We are not pleased with these results, but we do believe they are an anomaly limited to the first half of the fiscal year.”

New Relic sells software that helps businesses track applications to immediately spot and fix bugs, an increasingly important task as software and cloud computing become a bigger part of every company’s operations. Its top competitors include AppDynamics, which Cisco acquired for $3.7 billion in 2017, and Dynatrace, which was spun out of Compuware in 2014 and went public last week.

“The size and dynamic nature of the opportunity is attracting more competitive attention and we believe leaves little room for execution error,” wrote Howard Smith, an analyst at First Analysis Securities, in a report on Wednesday. Smith lowering his rating to neutral from strong buy and said “it appears numerous potential customers want to monitor open source and other environments in a way that the product does not yet support.”

Even though revenue for the fiscal first quarter topped estimates, New Relic said second-quarter sales for the period ending in September will be $143 million to $145 million, trailing the $146 million average analyst estimate, according to Refinitiv. For the full year, New Relic said sales will be $600 million to $607 million. Analysts had predicted revenue of $606 million.

With Wednesday’s stock slide, New Relic is now down 44% over the past 12 months.

Cirne said the company has been putting engineering resources into a product called New Relic One that gives customers visibility into their entire enterprise. It’s a bet that, by sacrificing some revenue today, the company is building a system that will win business over the next decade.

“The opportunity cost of this effort was a delay in revenue-generating product introductions as well as fewer feature and integration releases over this period,” Cirne said. “This is having an adverse impact on the customer lands and expansions in the first half, but we believe the investment in New Relic One was compulsory for durable growth over the long-term.”