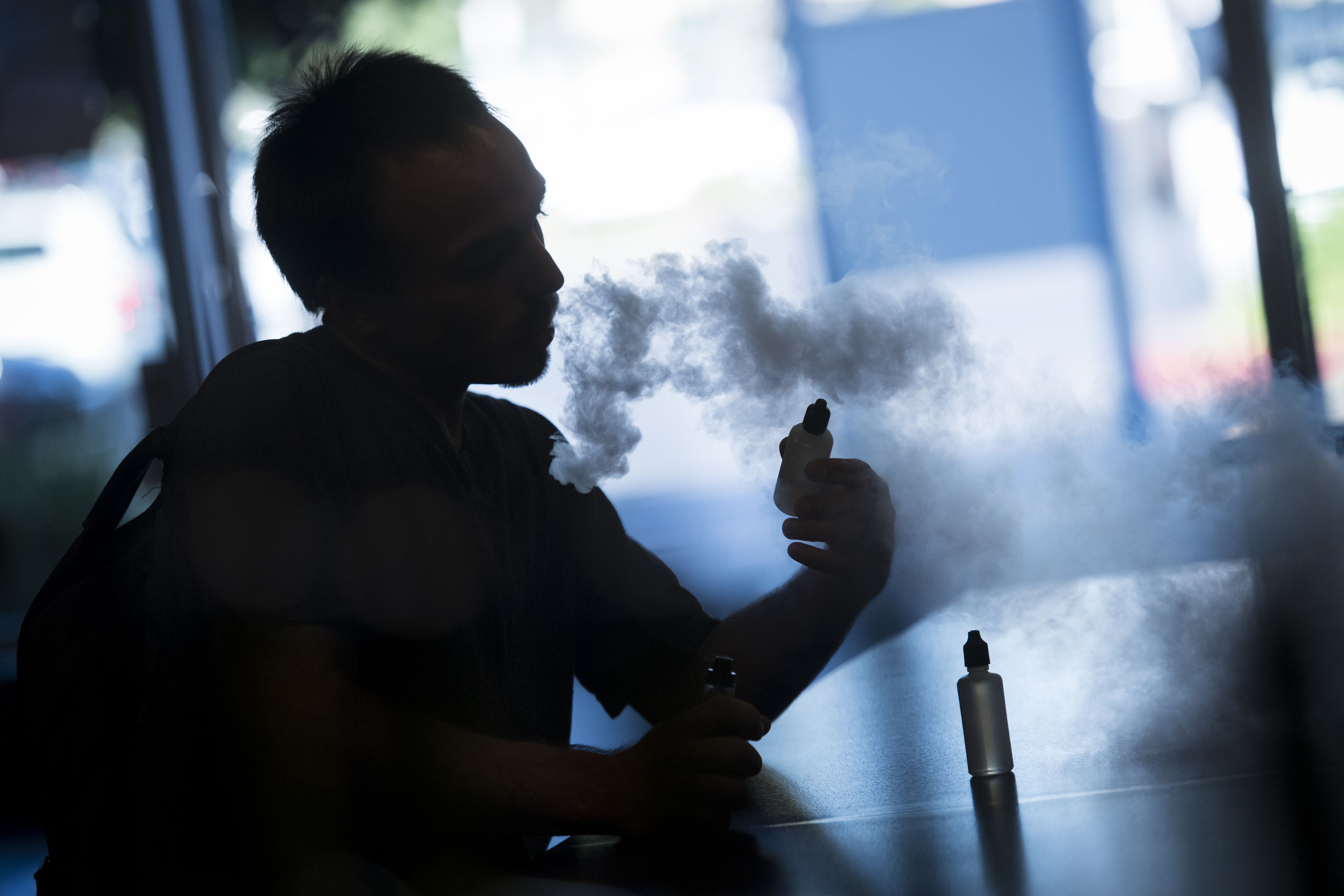 A customer holds a bottle of flavored vape juice while exhaling vapor from an electronic cigarette at the NXNW Vapor store in Sacramento, California.

The Food and Drug Administration is investigating 127 cases of people suffering from seizures after vaping, the agency announced Wednesday.

The agency received about 92 new reports of people, especially kids and young adults, experiencing seizures after using e-cigarettes since it first announced its investigation into the issue in April. The FDA said it’s unclear whether e-cigarettes caused the seizures and cautioned these cases occurred over a 10-year period.

When the FDA announced its investigation in the spring, it asked for people to let the agency know if they had ever experienced this. The FDA on Wednesday again encouraged people to report if they had seizures after vaping.

“We appreciate the public response to our initial call for reports, and we strongly encourage the public to submit new or follow-up reports with as much detail as possible,” acting FDA Commissioner Ned Sharpless said in a statement.

“Additional reports or more detailed information about these incidents are vital to help inform our analysis and may help us identify common risk factors and determine whether any specific e-cigarette product attributes, such as nicotine content or formulation, may be more likely to contribute to seizures,” he added.

E-cigarette liquids contain high concentrations of the nicotine. If swallowed, they can be poisonous, often causing nausea, sweating, dizziness and tremors, according to the National Capital Poison Center. In severe cases, nicotine poisoning can cause seizures or even death.

The FDA said the evidence it has analyzed so far doesn’t establish a clear pattern or cause for the cases. It also said the additional reports “do not necessarily indicate an increase in frequency or prevalence” of seizures among people who vape.

My dad easily gave up his Marlboros. Now he won’t give up his Juul

Singapore hopes to take its driverless ambitions to the public