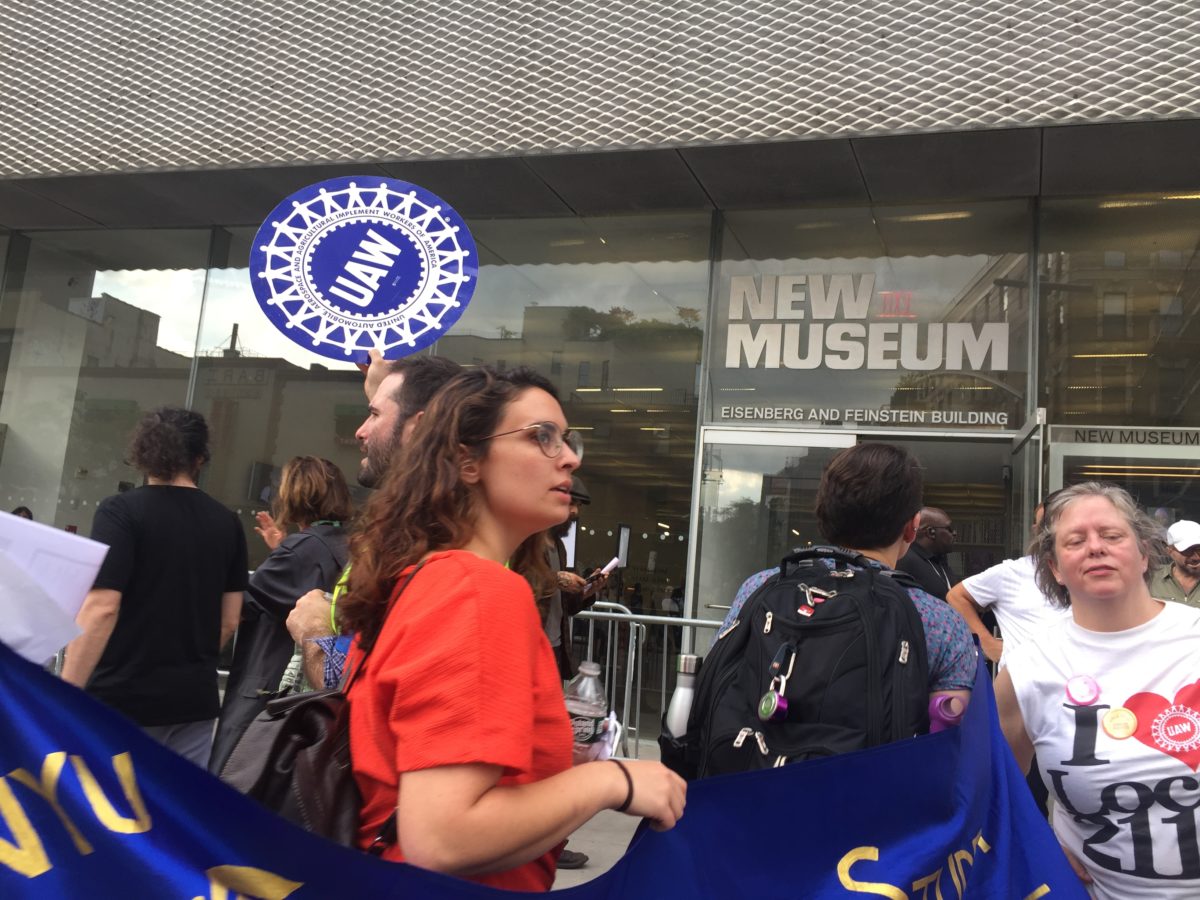 As the New Museum and its newly formed union continue to negotiate a contract, workers took to the streets in front of the New York museum on Tuesday night as its summer exhibitions opened, handing out buttons and leaflets as attendees filed in to see work by Lubaina Himid, Mika Rottenberg, and others.

Around 50 New Museum workers congregated outside the institution and began marching in a circle. At one point, they chanted, “Worker power, every minute, every hour! Union strong!” At another, they shouted, “What do we want? Contracts! When do we want it? Now! If we don’t get it? Shut it down!” Some drivers of taxis, buses, and trucks along the Bowery honked in support.

Standing near boxes of pizza, union representatives handed out leaflets alleging that the New Museum had “disparaged” the group’s health care and wage proposals, and that the museum was not allowing the union to meet on its premises. Neon-hued buttons were also given to passersby. Some read, “HELL, YES! UNION RIGHTS”—a reference to a rainbow-colored Ugo Rondinone sculpture bearing similar words that was shown on the museum’s facade between 2007 and 2010.

“We’re trying to work within the museum’s means and not ask for anything ludicrous,” Francesca Altamura, an editorial assistant at the New Museum who’s a union member, told ARTnews.

Asked about the negotiations, a New Museum spokesperson said, “In late March we began productive regular bargaining sessions with the union, though only recently received their wage and benefit proposals. We are giving this the attention it deserves and look forward to a positive resolution and first contract with the union.” 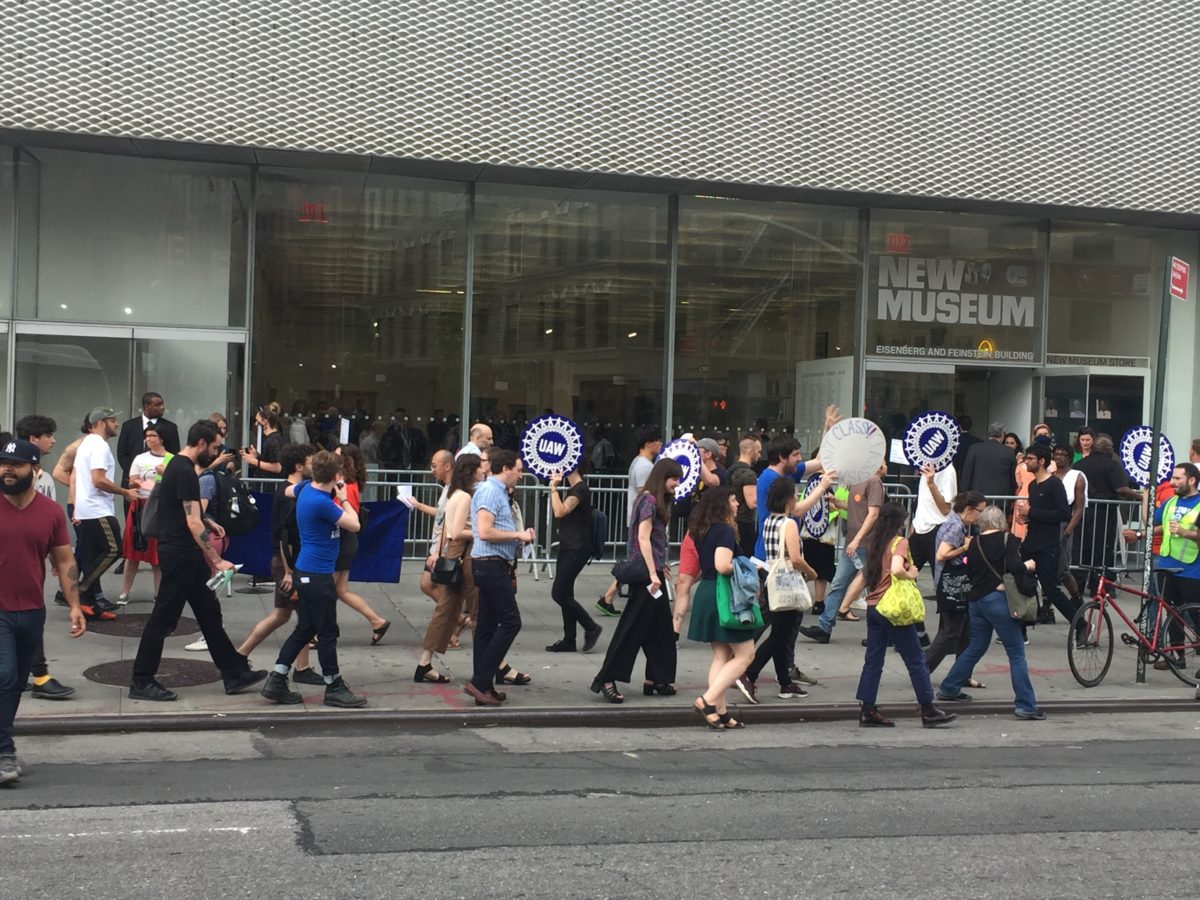 The decision to stage Tuesday’s action came out of ongoing tension between the union and management, according to workers at the museum. On June 18, more than 70 New Museum workers—almost every member of the New Museum Union—signed a letter addressed to the institution’s director, Lisa Phillips, urging her to consider meeting the union’s demands.

The letter reads, “We ask management to treat us with the dignity and respect we deserve as workers by bargaining with us in good faith and accepting our union as a permanent—and beneficial—part of the museum.” It also alleges that the New Museum does not pay a significant number of its employees more than $51,000—which, according to the union, is what management has previously stated is a living wage in New York. “We know the New Museum can do better than this,” it says.

Workers at the museum said that last week, after the letter was sent, Phillips responded by emailing the staff that she had received it and would address the union’s demands. (A New Museum spokesperson called Phillips’s response a “separate, planned update on the progress of union negotiations.”)

The New Museum Union was formed in January. As workers began making steps toward unionization, the museum brought on the Kentucky-based consulting firm Adams Nash Haskell & Sheridan, which the union alleged was mounting a “harsh anti-union campaign.” Shortly after news of the union was first announced, the New Museum said it had “concluded” working with the firm.

Since the New Museum Union’s creation, workers at many other arts institutions, including Seattle’s Frye Art Museum and New York’s Guggenheim Museum, have formed unions of their own, joining peers at the Vancouver Art Gallery, the Museum of Modern Art, and MoMA PS1 that have long had collective bargaining groups.