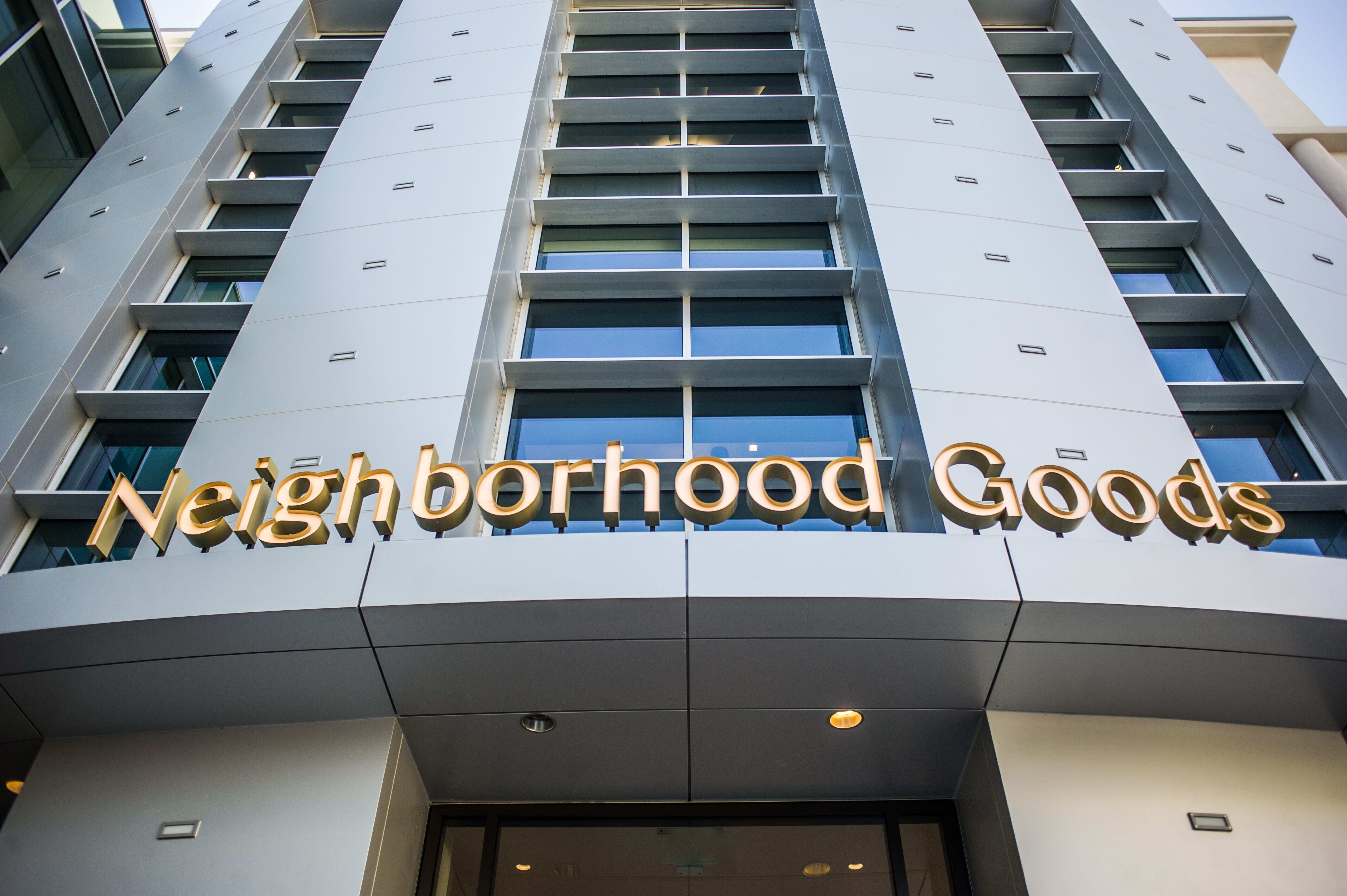 The Neighborhood Goods location in Plano, Texas, has grown from selling two dozen brands to now more than 40.Source: Neighborhood GoodsSometimes success can be found in hanging out with the right crowd.In the retail industry, a company known as Neighborhood Goods is finding success by creating spaces for brands, old and new, to sell in. In many ways, Neighborhood Goods is following the basic department store model: opening larger-format locations where brands can carve out dedicated shelf space to sell merchandise, acting as a wholesale partner. But the Texas-based business bills itself as “a new type of department store.” And it’s expanding as the likes of Macy’s, J.C. Penney and Kohl’s are struggling to keep their doors open.Neighborhood Goods only has one shop today in Plano, Texas, which opened late last year. It will open a second in New York, in the Meatpacking District neighborhood, before this year is over. And it announced on Wednesday a third location coming to South Congress Avenue in Austin, Texas, in 2020.Beyond that, Neighborhood Goods says it’s planning to roll out “a few” more locations next year. Co-founder Matt Alexander said in an interview with CNBC that he can see the company getting to the point where it opens a new shop as rapidly as every three to four months. “That general cadence feels about right,” he said. “Certainly we have the real estate interest.”Neighborhood Goods also announced on Wednesday that it has raised $11 million in a Series A round, bringing its total funding to $25.5 million. That money will help the company secure more real estate, build its staff, ramp up its supply chain with faster delivery options and build out a back-end digital platform for all of its brand partners, where they can check sales metrics in real time, among other things.Co-founded in 2017 by Alexander and Mark Masinter, Neighborhood Goods aims to create large spaces where dozens of brands — many of them up-and-coming or born on the internet — can sell merchandise on a rotating basis.Some names in the Plano space, which is about 10,000 square feet, include razor company Dollar Shave Club, watchmaker Fossil, men’s clothing brand Buck Mason and women’s shoe company Rothy’s. There’s also a restaurant there, called Prim and Proper, serving burgers and weekend brunch. And Neighborhood Goods holds other weekly events like workout classes, gardening workshops and taste testings.Neighborhood Goods says it plans to have some sort of restaurant at each location it opens, like Prim and Proper here in Plano.Source: Neighborhood Goods”A lot of [traditional] department stores out there are trying to feature young brands,” Alexander said. “But a lot of them are still huge spaces that aren’t compelling for people to go in and spend a lot of time there. … Department stores are not a great vehicle for discovery.”Masinter is notably the founder and now a managing member of Dallas-based real estate services firm Open Realty Advisors, having helped major retailers like Apple and Restoration Hardware open bricks-and-mortar stores. Alexander, also based in Dallas, founded other retail start-ups, including a fashion e-commerce company, before launching Neighborhood Goods.”We’re all about … treating the customer really well and giving them a reason to come back,” Alexander said.”Some of the brands that launched with us were not meant to be with us this long, but a lot of them are still there,” he added. “That’s a really good indication.”Neighborhood Goods’ growth fits into a larger trend in retail. There are others trying to build out a similar model — even Macy’s acquired New York-based Story, which has helped it carve out spaces in its department stores featuring brands on a rotating basis, typically around a specific theme like “color” or “the outdoors.” B8ta is another company helping various brands test bricks and mortar. And U.S. mall owner Macerich has a space called BrandBox at Tysons Corner Center in Virginia, where Abercrombie & Fitch is using space to test the comeback of its Gilly Hicks lingerie brand.Places like Neighborhood Goods “offer a less capital-intensive option” for brands to get into bricks and mortar, Jefferies analyst Randy Konik said in a research note. “We continue to believe that physical stores will serve a purpose in the future, but as the retail landscape continues to evolve, the format and usage will continue to evolve along with it.”Neighborhood Goods’ Austin location will be part of a new mixed-use development called Music Lane, and will sit alongside a new Equinox gym and other companies including shoemaker Allbirds, fragrance brand Le Labo, and apparel retailers Reformation and Lululemon.Neighborhood Goods’ Series A round was led by Global Founders Capital, with participation from prior investors Forerunner Ventures, Serena Williams’ Serena Ventures, NextGen Venture Partners, Allen Exploration and Capital Factory.

Walmart expands its ‘unlimited’ grocery delivery service nationwide
Mnuchin says Trump could do a China trade pact at anytime, but wants a ‘good’ deal for US workers
To Top
error: Content is protected !!