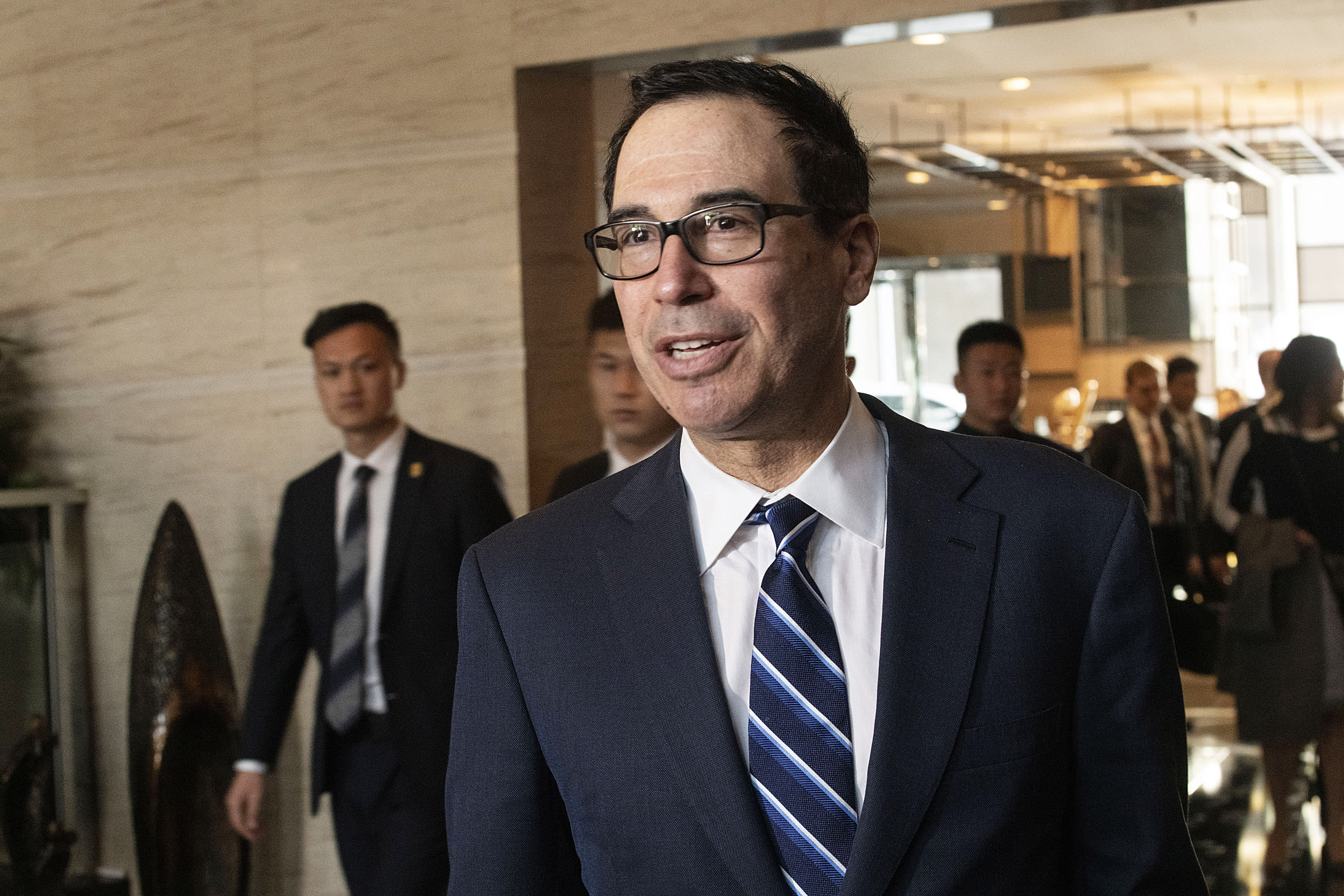 Treasury Secretary Steven Mnuchin said Thursday that President Donald Trump could strike a pact with China at any time, but is focused on holding out for a “good” deal for American workers.”The president is correct: He could do a deal any time. But he only wants to do a good deal,” Mnuchin told CNBC from the White House. “And let me just remind you, these discussions have been going on for two and a half years,” he added. “And President Trump is only going to agree to a deal if it’s a good deal, a deal that’s good for U.S. companies and U.S. workers.”The deliberations between the world’s two largest economies have been volatile in recent months.Trump abruptly ending a cease-fire with China on Aug. 1 by announcing 10% tariffs on $300 billion worth of Chinese goods, some of which took effect Sept. 1. The president delayed the introduction of some of the duties to mitigate the shopping season.China responded in kind later in August, introducing , effective Sept. 1 and Dec. 15, the two dates when Trump’s tariffs take effect on Beijing’s goods. It also confirmed it is in light of the Trump administration’s new tariffs.The latest developments, however, have taken an upbeat tone and eased financial markets trade talks set to resume at high levels in October.Asked on Thursday whether Trump might settled for a watered-down, temporary agreement in an effort to secure the U.S. economy ahead of the 2020 election, Mnuchin said that the president still has all options available to him. Including raising taxes on imports from China.”The president is a negotiator. And he is prepared to keep these tariffs in place, he’s prepared to raise tariffs if we need to raise tariffs,” he said. “Now as it relates to agriculture, we expect and we want them to buy agriculture, We view that as a personal attack on our farmers. They need our agriculture.””This isn’t about just selling them soybeans, but we do want to sell them soybeans,” he said.