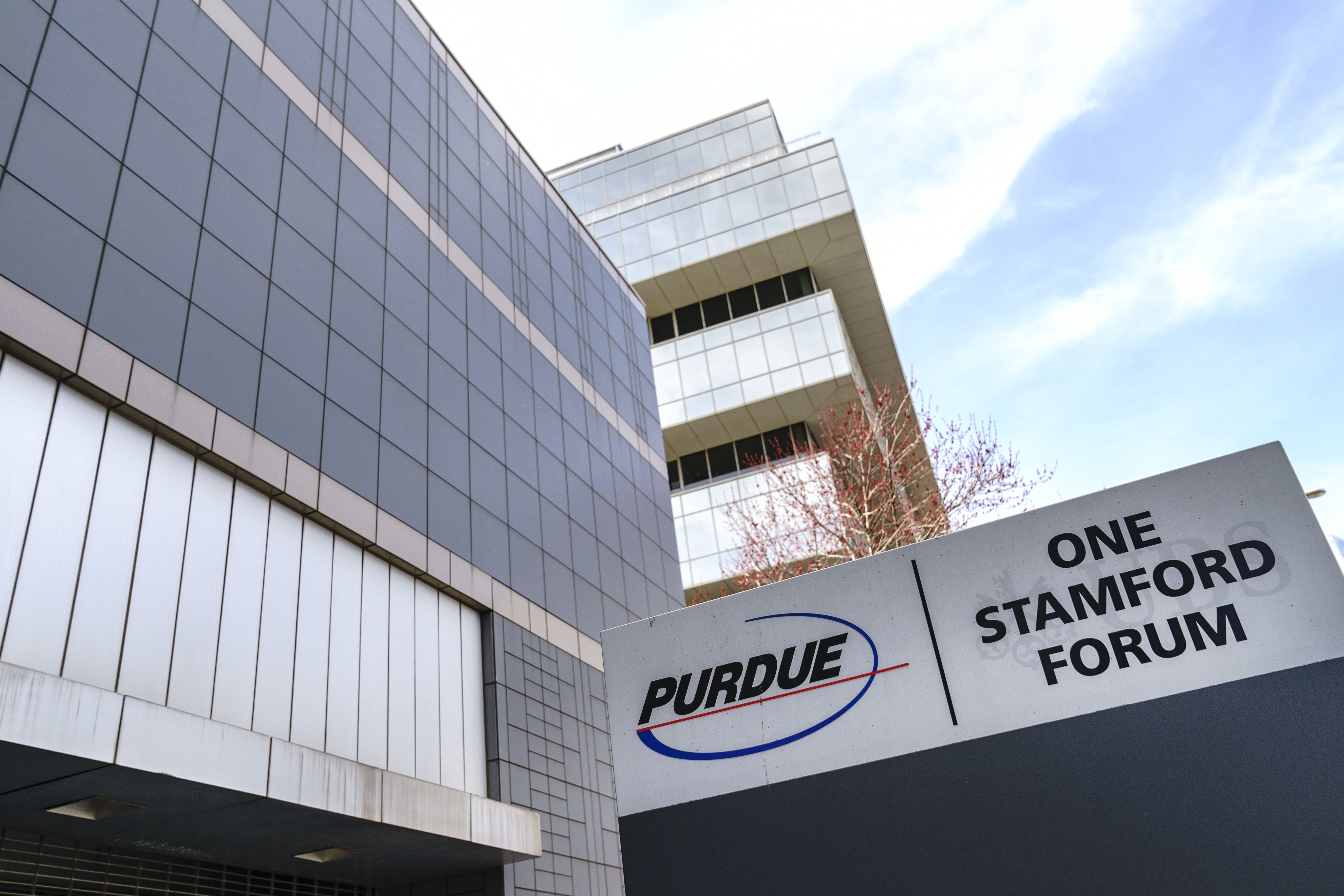 California, Hawaii, Maine and the District of Columbia filed lawsuits Monday against Purdue Pharma, bringing the total number of states accusing the OxyContin maker of helping to ignite the nationwide opioid crisis to at least 48.

Like other states, the four new lawsuits accuse the privately held company and its owners, the Sackler family, of downplaying the risks of addiction to OxyContin while exaggerating its benefits. Prosecutors say the company’s marketing practices encouraged doctors to push higher doses of the narcotic and contributed to a public health crisis that has caused thousands of overdoses in the U.S. each year.

“Purdue and the Sacklers traded the health and well being of Californians for profit and created an unprecedented national public health crisis in the process,” California Attorney General Xavier Becerra said Monday at a news conference announcing the state’s legal action. “We will hold them accountable.”

OxyContin is a prescription drug used to treat moderate-to-severe pain in adults. From 1999 to 2017, nearly 218,000 people died in the United States from overdoses related to prescription opioids, according to the U.S. Centers for Disease Control and Prevention. OxyContin first came on the market in 1996.

The attorneys representing Purdue say accusations against the company are “not supported by facts and are fundamentally flawed,” adding its opioid painkiller represents less than 2% of the U.S. market. They also say recent lawsuits are in many regards a repurpose of old allegations.

In a statement to CNBC on Tuesday, a spokesperson for Purdue Pharma said the company “vigorously denies the allegations contained in litigation against the company and will continue to defend itself against these misleading attacks.”

The lawsuits come as some 1,600 cases against Purdue Pharma and other opioid manufacturers are being consolidated and transferred to a judge in the Northern District of Ohio. The cascade of lawsuits, which are expensive and show no signs of slowing any time soon, puts the company at risk of filing for Chapter 11 bankruptcy protection.

The volume of litigation is “unprecedented,” said Adam Zimmerman, a professor and an expert on complex litigation at at Loyola Law School in Los Angeles. He compared it to the tobacco master settlement agreement in the mid- and late-1990s where the nation’s four largest tobacco companies reached a group settlement with 46 state attorneys general.

In addition to the litigation, the company and the Sacklers are facing backlash from public and private institutions. Earlier this month, CNBC reported that investment bank J.P. Morgan Chase ended its relationship with Purdue Pharma over its alleged role in the crisis. In addition, New York’s Metropolitan Museum of Art and other cultural centers, which have enjoyed the Sacklers’ charity over the decades, said they will no longer accept gifts from members of the family.

Nike may not have a lot to gain taking on Kawhi Leonard over ‘Klaw’ logo
Uber needed because NYC parking is $6,570 per household
To Top
error: Content is protected !!