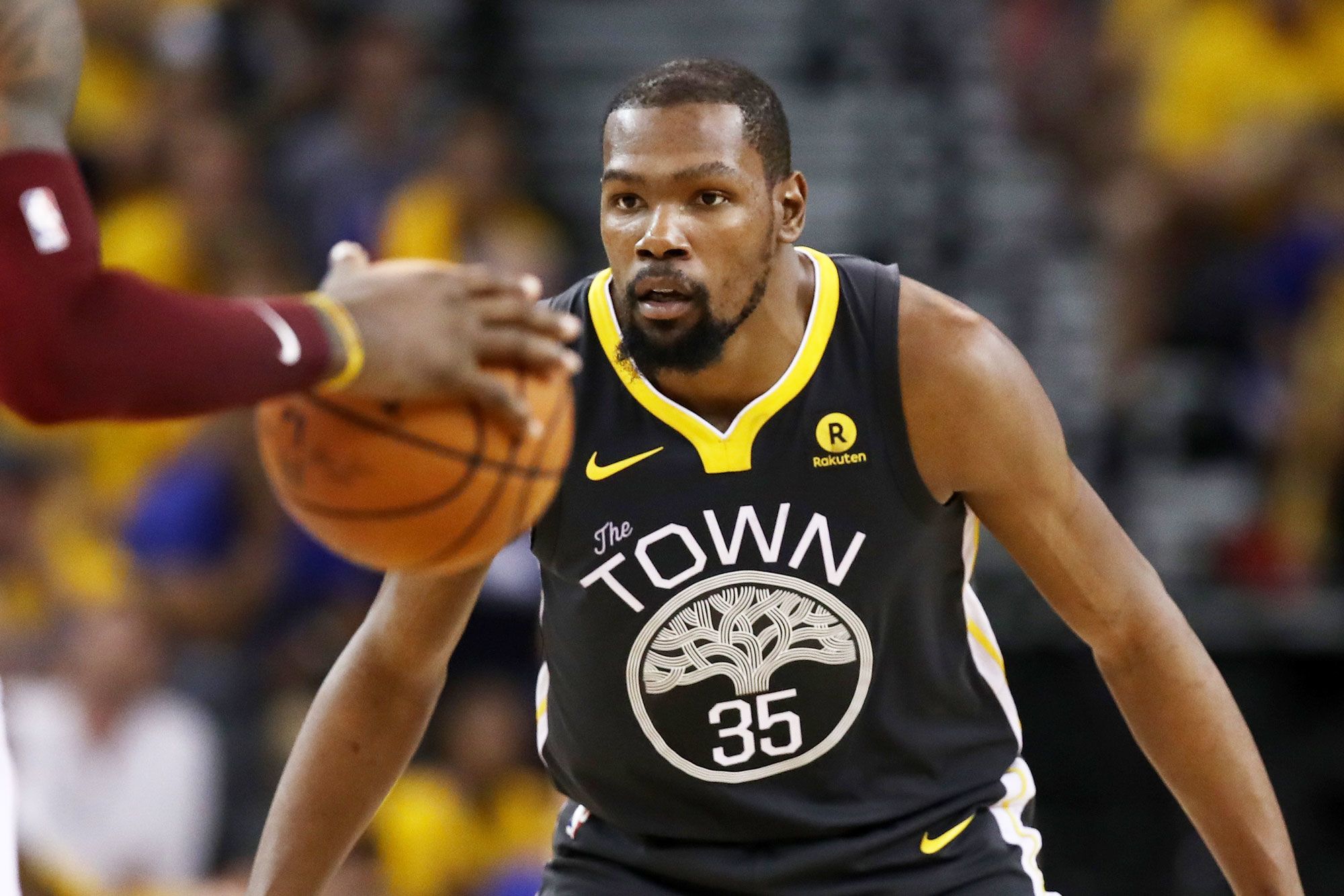 Kevin Durant #35 of the Golden State Warriors defends against LeBron James of the Cleveland Cavaliers in Game 2 of the 2018 NBA Finals at ORACLE Arena on June 3, 2018 in Oakland, California.

Shares of MSG Networks, the cable network that broadcasts the New York Knicks, plunged in early trading Monday after the team missed out on signing superstar player Kevin Durant and other marquee NBA free agents. The decline came even as the rest of the stock market enjoyed a huge rally.

At its low of the day of $19.05 a share, MSG Networks had lost $130 million in market value on Monday. That’s more than half of the $164 million that ESPN reported the Brooklyn Nets will pay to sign Durant to a four-year contract. MSG Networks broadcast the vast majority of Knicks games.

Despite dropping as much as 8.4%, the stock later recovered most of that loss, ending Monday session 1.7% lower. That would represent a loss of about $25 million in market value for MSG Networks.

MSG Networks stock has dropped over 13% this year at the low, losing more than $320 million in market value, as the team finished its season as the worst in the NBA and lost out on the signing of rookie Zion Williamson.

The Knicks were pursuing Durant, but ESPN reported that owner Jim Dolan was unwilling to match Brooklyn’s offer. Dolan and the Knicks were reportedly concerned that Durant’s Achilles tendon injury would keep him out for most, if not all, of next season. The Nets will also sign free agents Kyrie Irving and DeAndre Jordan, according to ESPN.

Instead, the Knicks are reportedly set to sign Julius Randle, Taj Gibson and Bobby Portis for $63 million, $20 million and $31 million, respectively. The free-agent signing won’t officially happen until Saturday, due to NBA league rules.

“The Knicks are still well under-monetized relative to their potential,” wrote BTIG analyst Brandon Ross in May.

Ross estimated that, if the Knicks had built a team capable of competing for an NBA championship, it would have an annual revenue impact of $79 million for MSG Networks. Additionally, Ross noted that the Knicks could have raised ticket prices, as well as bumped up its revenue from sponsorships.

— With reporting by Fred Imbert.