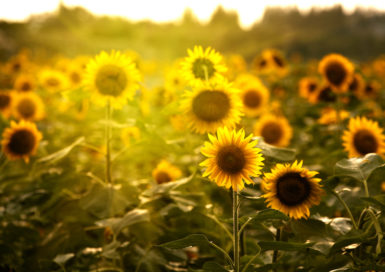 Though she died in 1954, French artist Claude Cahun, known for challenging gender norms with her surrealist photography, gets the Times obituary treatment. David Bowie once said her work is “really quite mad, in the nicest possible way.” [New York Times]

Take a look inside the office of David Berliner, the Brooklyn Museum’s president and chief operating officer, which holds work by Charmion von Wiegand, Harry Bertoia, and Leon Polk Smith. [The Cut]

Here’s a look into a study on Van Gogh’s paintings of sunflowers, that raises questions over whether some versions of the series are copies. [New York Times]

The board of trustees of the College of DuPagevoted to approve a 1,000-square-foot expansion and renovation for its Cleve Carney Art Gallery, and to rename it the Cleve Carney Museum of Art.  [ARTnews]

Six South African galleries have pulled out of the FNB JoburgArtFair, opting to show with FNB Art Joburg, which is organized by the former fair’s director, Mandla Sibeko.
[Financial Times]

Frieze has released the exhibitor lists for the 2019 editions of its Frieze London and Frieze Masters fairs, upcoming in October. [ARTnews]

Yesterday, Marc Chagall’s The Lovers (1913-14) was shrouded below in grey cloth at The Met to commemorate World Refugee Dayas a part of a new initiative from the museum. “The Met is newly aware of its responsibility to not have a neutral position,” said Sheena Wagstaff, the museum’s chairman of modern and contemporary art. [ARTnews]

Pink Floyd guitarist David Gilmour’s 1969 Black Strat took in $3.9 million at Christie’s, setting an auction record for most paid for any guitar at auction. [Rolling Stone]

The opening date of the Academy Museum of Motion Pictures has been delayed to an unspecified time in 2020.  [Variety]