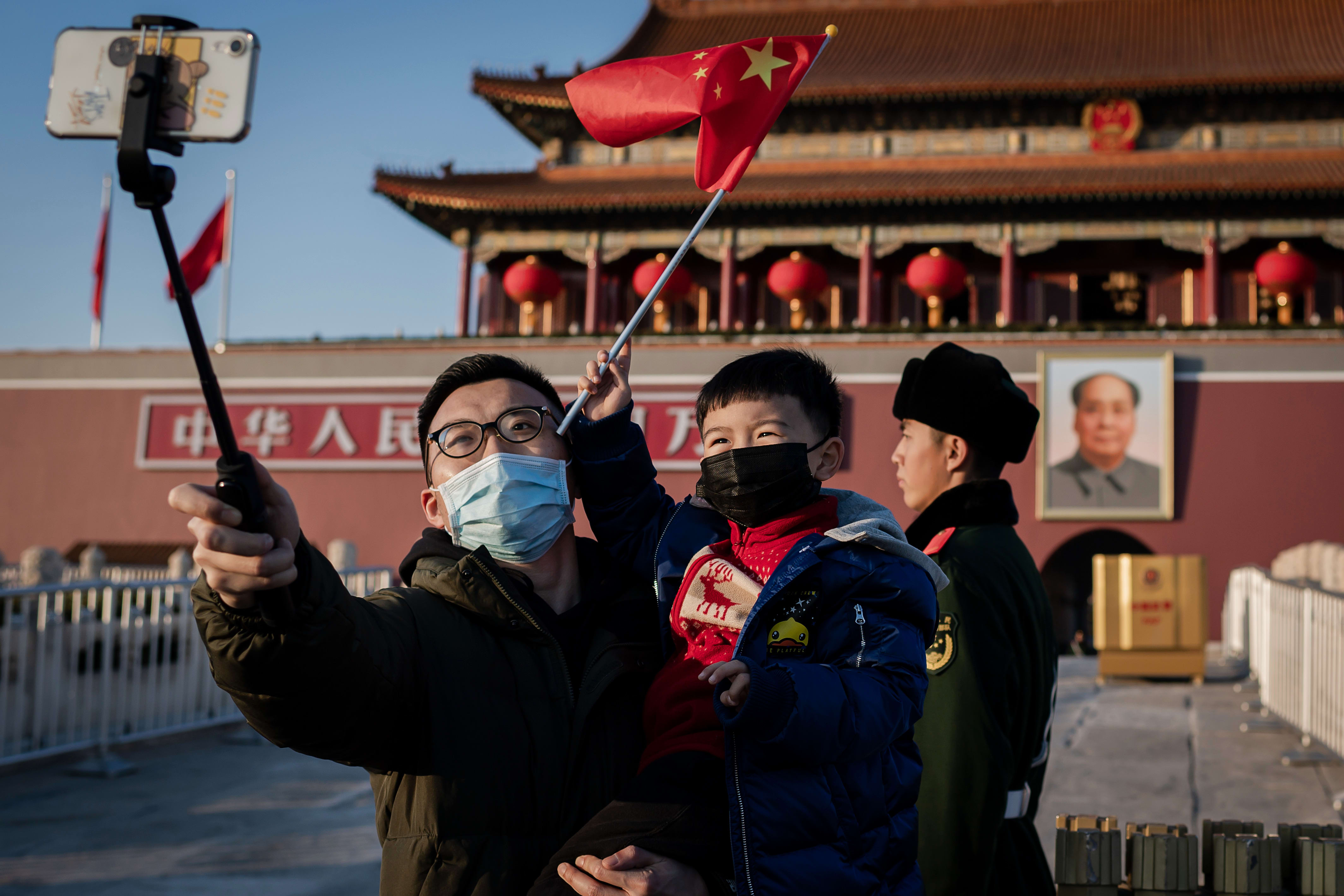 A boy waves a national flag as his dad holds him and uses a smartphone with a selfie stick to take a photo, both wearing protective masks, in front of the portrait of late communist leader Mao Zedong (R, back) at Tiananmen Gate in Beijing on January 23, 2020.Nicolas Asfouri | AFP | Getty ImagesAnother wave of coronavirus outbreak in Asia will not be as economically damaging as the first, said a Morgan Stanley economist as several countries like China and South Korea recently experienced an uptick in the number of cases.Worries that a second wave of infections would once again derail the global economy have heightened in recent months as an increasing number of countries are easing restrictions that were imposed to contain the coronavirus outbreak. The first round of lockdown measures, which stalled much of economic activity, sent global economies into a recession.But Deyi Tan, who is also managing director at Morgan Stanley, said that if there is a second wave, it will likely be more manageable as policymakers have learned to handle such situations.  “A double dip is not in our base case, we do acknowledge that as economies reopen, daily new cases will rise,” Tan told CNBC’s “Squawk Box Asia” on Wednesday. A “double dip” refers to a situation in which an economy picks up following a period of decline, but weakens again after that.So at this point in time, we don’t expect a second wave to actually cause the global economy, or Asian economies, to go through a double dip.Deyi TanMorgan Stanley economistShe noted that several Asian economies — such as South Korea, Taiwan and Hong Kong — have started to ease restrictions since late April. Since then, some have reported a rise in daily new cases, “but in the bigger scheme of things, the trend is still relatively manageable compared to what we’ve seen before,” she added.”So at this point in time, we don’t expect a second wave to actually cause the global economy, or Asian economies, to go through a double dip,” said Tan.China to lead global recoveryIn Asia, China’s capital city of Beijing last week reported its first domestically transmitted case of the coronavirus disease — which has been formally named Covid-19 — in more than 50 days. Over in South Korea, capital city Seoul also reported recent flare-ups in infections. The two countries once had the two worst outbreaks globally before the virus spread more widely around the world.The coronavirus was first detected in the Chinese city of Wuhan before it spread into a global pandemic.Despite the resurgence in cases, Asia — excluding Japan — is expected to recover quicker than other regions, with China leading the way, according to a Morgan Stanley report written by economists including Tan.”This is so given the more effective institutional response in economies such as China, Taiwan, Korea, and Hong Kong, where Covid-19 has gotten under control earlier, and in some cases, without even needing to resort to lockdown measures,” read the report published on Sunday.The economists wrote that Asia (excluding Japan) as a whole is expected to edge out a 0.1% growth in 2020, before accelerating to an 8.5% expansion next year.

A year after GDPR, mobile notifications are up, location sharing is down

One year later: How AMP for Gmail can help marketers improve engagement