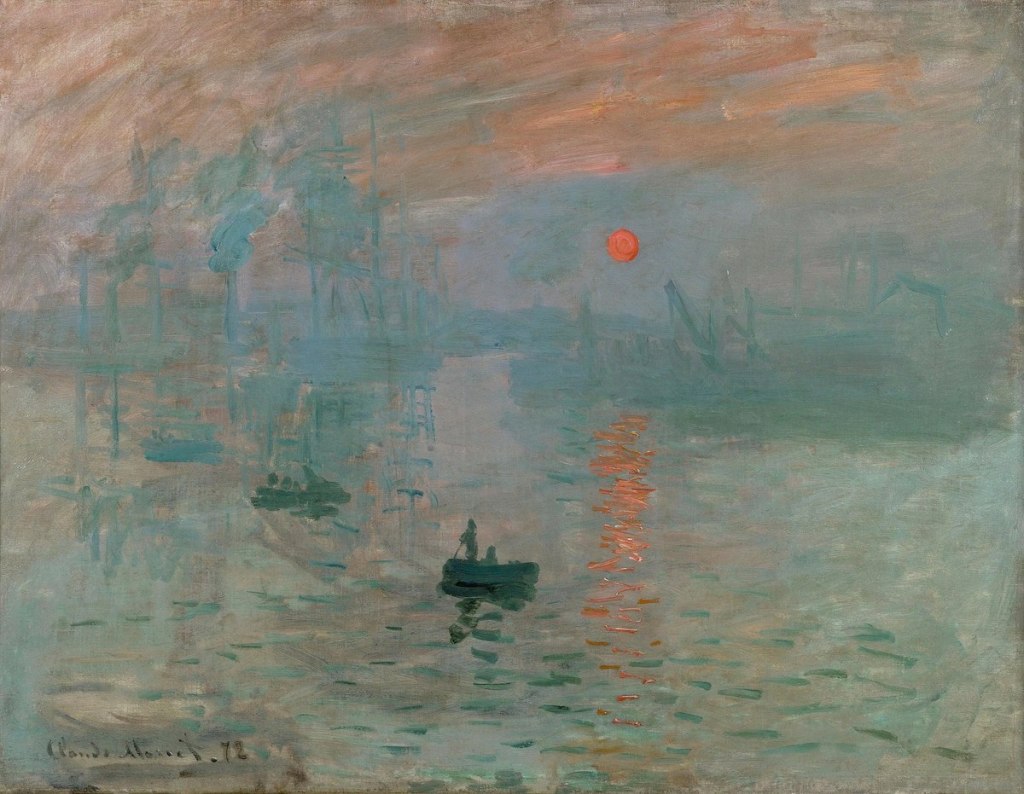 Claude Monet’s 1872 painting Impression, Sunrise, which is held in the collection of the Musée Marmottan Monet in Paris, will head to Shanghai this fall for exhibition at the One Art Museum. According to a report by the French newspaper Le Figaro, the work, along with eight other pieces by the Impressionist artist, will remain on view in Shanghai from September 17 to January 3, 2021.
Impression, Sunrise depicts grand, spectral ships, small boats, and billowing clouds of smoke at the port of Le Havre in Normandy, where Monet spent his childhood. The artist first debuted the painting in 1974 at the storied first Impressionist exhibition in Paris. (The port of Le Havre was also the subject of past and subsequent paintings by Monet.)

[Read about the pioneering women artists of the Impressionist movement.]
In the Shanghai exhibition, Monet’s paintings will be shown with prints by Utagawa Hiroshige and Katsushika Hokusai. Marianne Mathieu, scientific director of the Marmottan Monet Museum, told Le Figaro that, after numerous cancelations and postponements of shows amid the pandemic, the institution’s partnership with the One Art Museum “is a mark of the resumption of activity between museums, even the most distant.”
In 2023, the work is set to travel to the Barberini Museum in Potsdam, and in recent years it has been shown at the National Gallery of Australia in Canberra and the Tokyo Metropolitan Art Museum. The painting also figured in the Denver Art Museum’s 2019 presentation of “Claude Monet: The Truth of Nature,” which considered the artist’s multifarious engagements with the natural world.