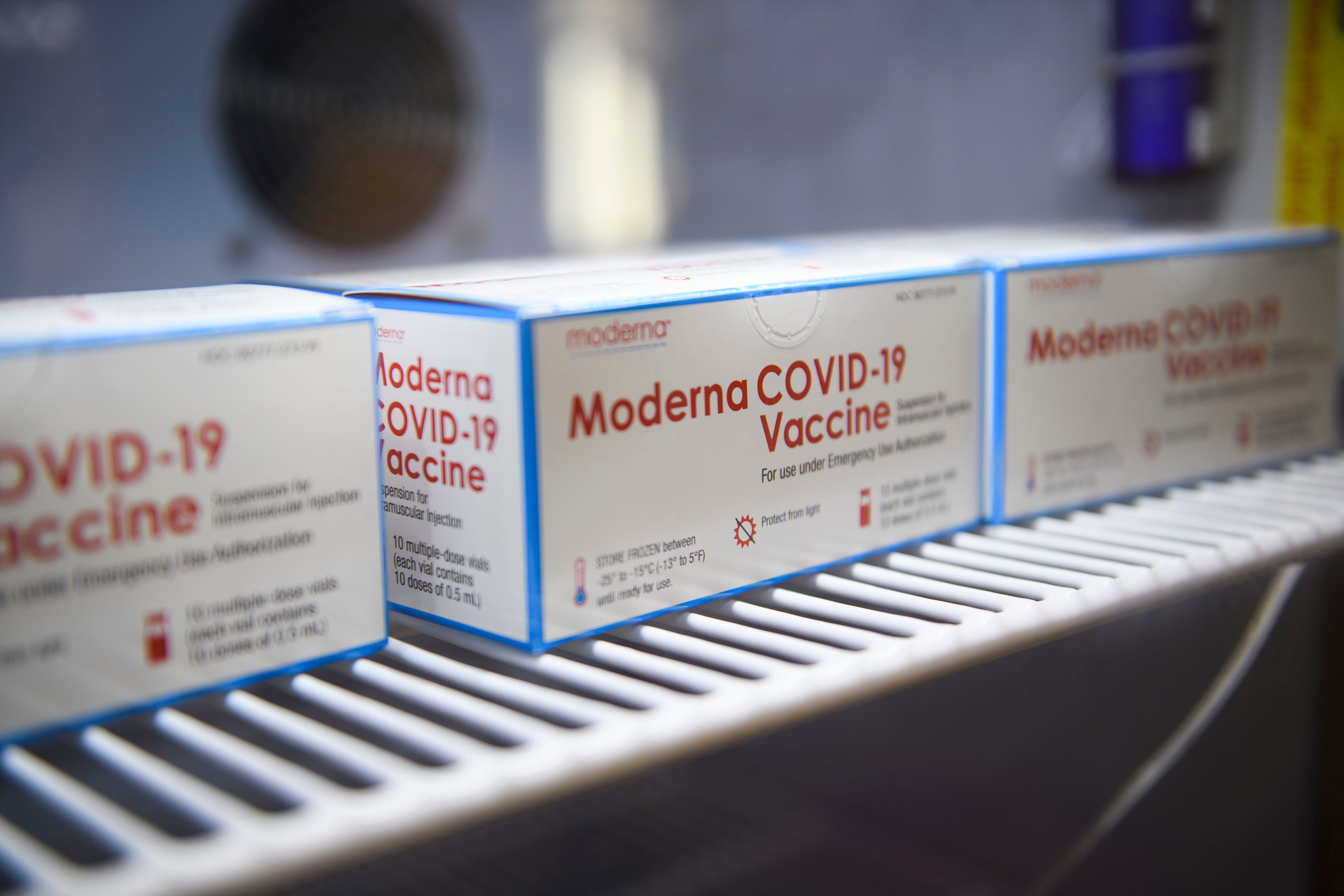 Boxes containing vials of the Moderna Covid-19 vaccine are stored at the Kedren Community Health Center on January 25, 2021 in Los Angeles, California.Patrick T. Fallon | AFP | Getty ImagesModerna’s Covid-19 vaccine can remain stable at temperatures found in refrigerators for 3 months, the company said Thursday, citing new data.The mRNA vaccine is currently approved to be stored in the refrigerator between 36 and 46 degrees Fahrenheit for up to 30 days and up to seven months in the freezer at minus 4 Fahrenheit, according to the company. But Moderna said Thursday it now has data that could support a three-month refrigerated shelf life for the vaccine.If authorized by the Food and Drug Administration, the new storage temperature could “facilitate easier distribution to doctor’s offices and other smaller settings,” the company wrote in a press release. It also said it is working on new formulations of its vaccine that could extend the shots refrigerated shelf life even further.Moderna’s Covid vaccine is one of three authorized for use in the U.S. The vaccine from Pfizer and BioNTech may be stored at refrigerated temps for up to five days, according to the Centers for Disease Control and Prevention. Johnson & Johnson’s vaccine can be stored in a regular refrigerator for up to three months.To public officials, the authorization of J&J’s shot was a blessing since it could be used in hard-to-reach places that may not have reliable refrigeration, such as tribal lands, poorer neighborhoods as well as rural and border communities.The update from Moderna comes weeks after the FDA announced that it gave the company clearance to speed up output of its Covid vaccine by letting it fill a single vial with up to 15 doses. It was previously permitted for 10 doses, enough to inoculate five people since the vaccine requires two shots given a month apart.Separately, the company announced Thursday it is increasing its minimum Covid vaccine production target for 2021 to 800 million doses, up from 700 million.

Here’s what changed in the new Fed statement
Biden wants to raise $1.5 trillion by taxing the rich. Here’s how
To Top
error: Content is protected !!