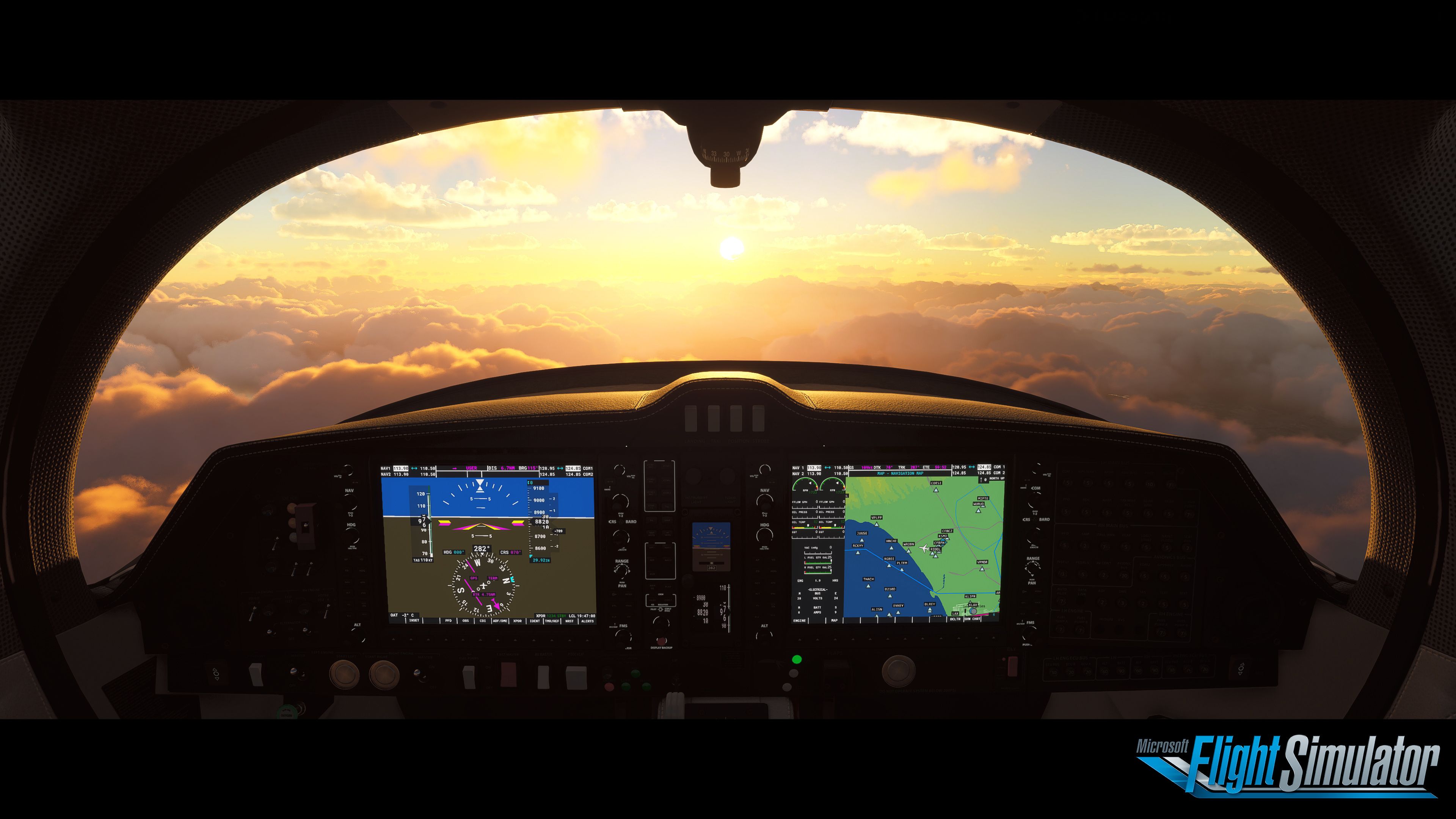 Long before the Xbox, Microsoft had Flight Simulator. Designed to allow pilots and enthusiasts to practice flying from their living room, the program won the Guinness World Record for the longest-running video-game series in 2012, three decades after its debut.

Now, to the surprise of its most ardent fanatics who thought Microsoft had abandoned the market, the company is planning to update its Flight Simulator X application for the first time since 2006. Earlier this month, the company said that sometime in 2020, consumers will be able to play it using Xbox Game Pass, a subscription service.

“I don’t think anybody in our industry had a clue this was going on,” said Reed Stough, managing partner of Rex Game Studios, which develops detailed clouds and weather patterns for flight simulator programs. “They might hint that they did, but honestly, I don’t believe it.”

On its own, Flight Simulator is a niche product that isn’t likely to move the needle for a company that generates over $30 billion in quarterly revenue. But the update could showcase some of the cutting-edge technology coming out of Microsoft, including mapping imagery from the Azure public cloud, and it plays into CEO Satya Nadella’s push toward subscription products and away from traditional packaged software.

Still, Microsoft may struggle to generate much excitement in a business that it helped popularize. That’s because consumers have moved onto smartphones and attention spans have been shortened from the quick hits of social media. A single flight on Flight Simulator can span several hours.

“You’ve got so much competition in the general gaming area that it’s hard for a simulator of flying a plane from point A to point B, without much of a purpose or drive behind it, to keep that momentum going,” Stough said in an interview.

There are also rival products on the market. A simulator called X-Plane is developed by Laminar Research, and Lockheed Martin makes a program called Prepar3D (pronounced prepared).

The next version of Microsoft’s Flight Simulator

Stough, who as a kid went flying with his uncle, makes money by selling enhancements to simulator software — even Microsoft’s technology from over a decade ago. Because Microsoft kept quiet about the latest update, third-party developers like Stough say they weren’t given the opportunity to play a role in building cool new features.

“I was as much surprised as all others,” said Winfried Diekmann, CEO of Aerosoft, a German manufacturer of simulation software and content for Microsoft Flight Simulator, in an email. “There were rumors but those rumors have been seen from time to time in the last years.”

In 2007 Microsoft did issue an expansion pack, and in 2012 it released a spin-off to the series called Microsoft Flight. Two years later the simulator came to Valve’s Steam video-game store. But other than that, Microsoft effectively exited the market.

Microsoft, which hasn’t yet revealed a price for the updated product, said on the Flight Simulator website that it does want contributions from outside developers. A company representative declined to comment on whether Microsoft told people in the simulator community about the release ahead of time.

“We are aware of the concerns in the current eco-system and are working to address them,” Microsoft said on the site.

Like Ferrari announcing its next car by telling Uber

As Microsoft was unveiling the 2020 version of Flight Simulator, Laminar founder Austin Meyer was in Orlando, Florida, at an industry conference called FlightSimExpo. Rather than making its announcement there, Microsoft chose gaming industry show E3 in Los Angeles as its venue.

“It’s sort of like Ferrari not announcing the next Ferrari at a car show, but instead telling Uber about it, ” Meyer said.

In the hours after the announcement, friends, family members and customers bombarded Meyer with text messages, emails and voicemails, some suggesting that it was over for his X-Plane. He watched the trailer of the forthcoming Flight Simulator release, and said he was amazed.

But as he looked more carefully at what Microsoft showed, he felt more at ease. The buildings, cars, trees and shadows didn’t look perfectly realistic to him.

“All the things that are necessary to build a truly dynamic, ever-changing, living, breathing city are literally engineered out of the system, is what it looked like,” Meyer said. And it appeared to him as if the new version would not have a way to design and use a custom airplane, a feature that X-Plane offers.

Robert Ferraro isn’t so lucky. His company, PC Aviator, counts on Microsoft’s Flight Simulator for a sizable part of his add-on business, providing things like digital scenery. Ferraro, who credits simulators with helping him more quickly get through actual flight training, has already seen his business shrink because of shifts in the market.

Now, after seeing Microsoft’s new trailer, he imagines his sales will be further eroded because Flight Simulator won’t need his products.

“It’s going to put me out of business in that particular area of my business,” he said. Ferraro sells add-ons from 150 other publishers.

US considers requiring 5G equipment for domestic be made outside of China: WSJ
politics a factor in return of Boeing’s 737 Max
To Top
error: Content is protected !!