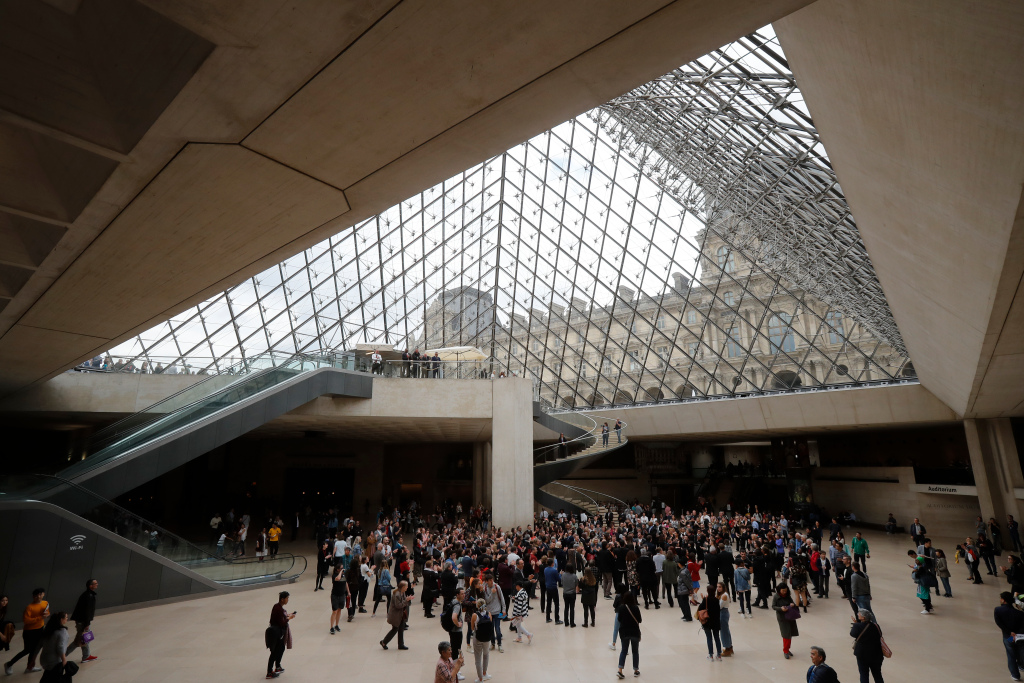 Michel Laclotte, a former director of the Louvre Museum in Paris who oversaw a period of change in the establishment and culture of the storied institution, has died at 92.
In a statement, the French Ministry of Culture described Laclotte as “an essential figure in the world of museums and art history” and praised his “unwavering commitment” to the recognition and development of the collections of French museums.
Named the museum’s director in in 1987, Laclotte was a key figure in completing the decade-long Grand Louvre project. Launched by his predecessor François Mitterrand in 1981, the plan included the centralization of the museum departments as well as the renovation and expansion of the museum’s historic home, once the palace for the French monarchy.

The cost and scope of the Grand Louvre project—the entire North Wing was repurposed and an underground space was to be built to handle the museum’s continually rising visitorship—brought immediate criticism from throughout France. Some of the most viral protests were leveled at the construction of a contemporary structure at the museum’s entrance: I.M. Pei’s now-iconic glass pyramid. Laclotte saw Pei’s pyramid, completed in 1988, as the centerpiece for the reimagined Louvre and he was its most vocal defender.
Michel Laclotte was born in 1929 in Saint-Malo, a costal town in France’s northern Brittany region. He trained at the Sorbonne University and the École du Louvre. In 1965, he was named chief curator of the Louvre’s painting department. An esteemed historian of French painting and Italian painting from the 14th and 15th centuries, Laclotte also had a strong interest in contemporary art, and he sought to diversify the Louvre’s largely classical collection. “We introduced the idea that the Louvre was also for contemporary painting,” he told the Brooklyn Rail in 2019.
Beginning in 1972, Laclotte was also a major force in transforming the Gare d’Orsay, a disused train station near the Seine River, into a museum that would hold the national collection’s late 19th- and early 20th-century French art. The curator was also instrumental in helping to expand the state’s holdings in this area. When the museum opened in 1986, he was named its inaugural director.
Laclotte only stayed on at the new Musée d’Orsay for a short while, preferring to steer the Louvre, France’s most important museum, into the future. Around this time, the Louvre itself was undergoing major structural changes, becoming more independent from the national government. The move allowed for it to accept private donations, and its departments became centralized under one authority, the museum’s director. (Previously, the top job at the museum had been called conservator.) In 1987, Laclotte was named the Louvre’s first president-director, a position he held until his retirement in 1994.

“The Louvre is an extraordinary totality,” he once said. “The sum of all its parts is what keeps astonishing me.”