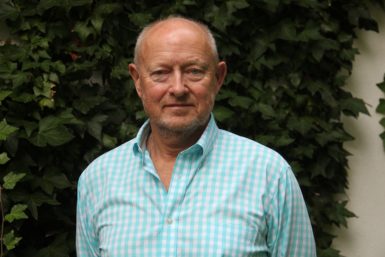 Michael Findlay, a director of Acquavella Galleries in New York, has been named president of the Art Dealers Association of America Foundation. He succeeds Dorsey Waxter, principal of another Manhattan outfit, Van Doren Waxter.

Findlay has served on the board of the ADAA Foundation, and he was vice president of the ADAA from 2009 to 2012. (The ADAA and the ADAA Foundation are not to be confused. The former is an industry membership group that promotes professional standards; the latter is its grant program, which funds U.S. museums, archives, and art organizations.)

Findlay has been on the art advisory panel for the Internal Revenue Service of the U.S. Department of the Treasury since 2001, and he currently sits on the board of directors of Christie’s Education, the board of the New York Foundation for the Arts, and the advisory council of the Appraisers Association of America.

Findlay ran his own gallery in New York’s SoHo neighborhood from 1969 to 1977. He also served as head of the Impressionist and modern paintings department at Christie’s, where he later became international director of fine arts.

“The ADAA Foundation is an illustration of art dealers’ engagement with the broader arts community and our commitment to advancing art historical scholarship,” Findlay said in a statement. “I am honored to serve the organization’s mission in my new role and look forward to continuing to build upon Dorsey’s recent achievements to enhance and deepen the impact of the organization.”