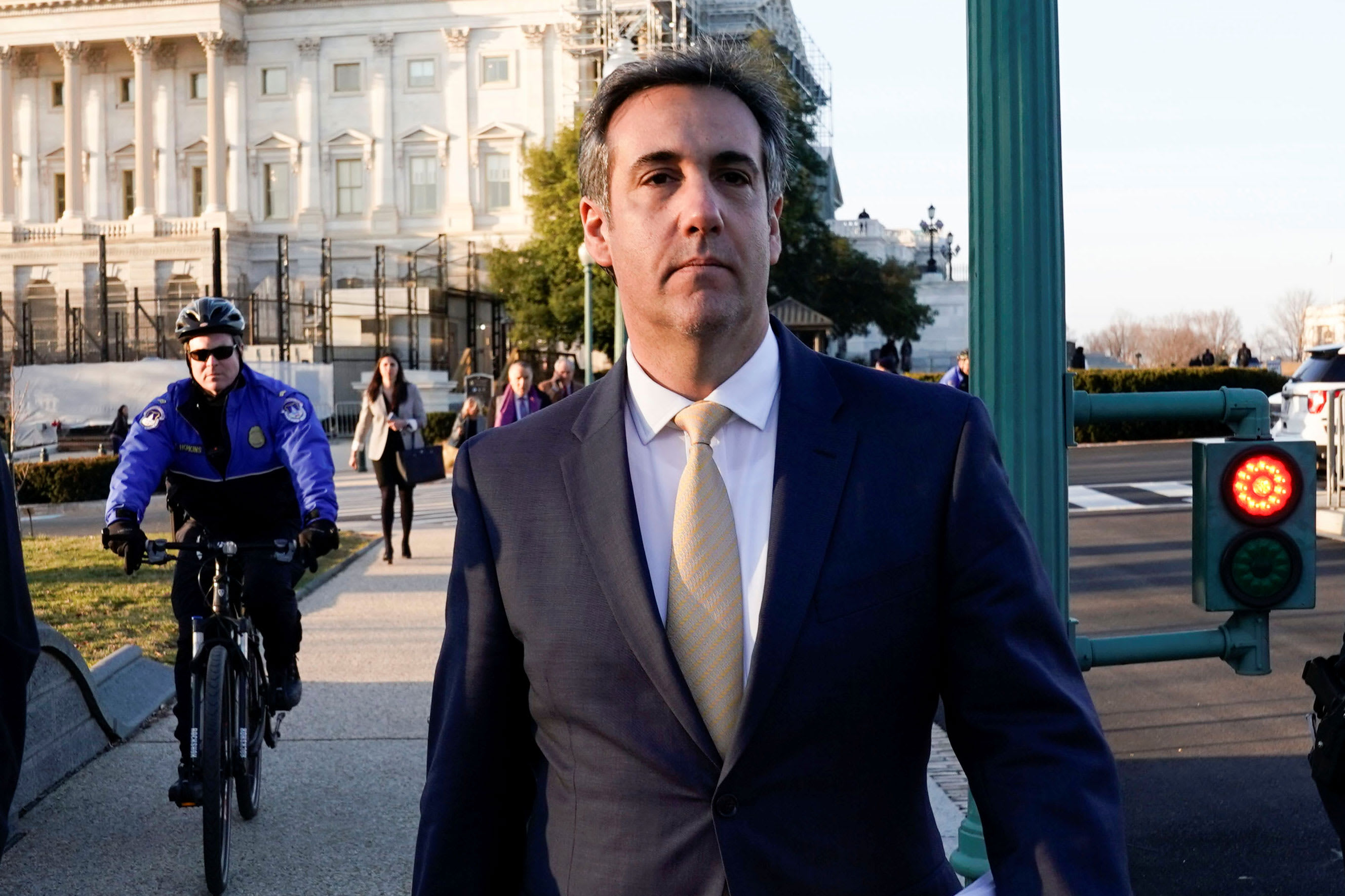 Michael Cohen, the former personal attorney of President Donald Trump, departs the U.S. Capitol after testifying before a closed House Intelligence Committee hearing on Capitol Hill in Washington, February 28, 2019.Joshua Roberts | ReutersMichael Cohen has agreed to cooperate in an investigation into whether the Trump Organization falsified business records, a source familiar with the situation told NBC News.Cohen signed a proffer agreement with the Manhattan District Attorney’s Office, which is investigating the Trump Organization, the source said. The agreement stipulates that he will cooperate with the office in its investigation.The investigation could result in fines against the Trump Organization or Allen Weisselberg, who managed the organization’s business affairs.On Aug. 20, representatives from the DA’s office went to meet with Cohen at Otisville Prison in upstate New York, where he is serving a three-year sentence after pleading guilty to campaign finance violations related to hush money payments to two women who claimed that had affairs with Trump prior to taking office, the source told NBC News.Cohen, President Donald Trump’s former personal lawyer, claims that the Trump Organization owes him $1 million in fees stemming from legal proceedings and criminal investigations.In August, Cohen’s lawyer, Lanny Davis, said he would subpoena Trump and other associates to prove the Trump Organization did not come through on their promise to pay those legal bills.CNBC’s Dan Mangan contributed to this report.

Why Cramer thinks Apple’s iPhone 11 will be a boon to Facebook
These are the stocks CNBC’s Jim Cramer thinks you should buy right now
To Top
error: Content is protected !!