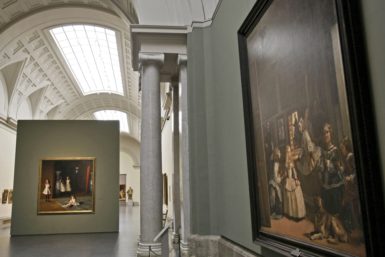 Inside the MFA Boston.

The Museum of Fine Arts Boston said on Friday evening that it had concluded an investigation into a recent school field trip during which staff and visitors reportedly directed racist comments toward students of color from the Helen Y. Davis Leadership Academy in Dorchester, Massachusetts.

The institution said that it reviewed video footage and conducted interviews with staff and visitors, and that it is serving no-trespass, cease-and-desist letters to two visitors, now banned from the museum’s grounds, who “used offensive and inappropriate language when they came into contact with the students.” (The visitors’ memberships are also being revoked.)

The MFA said that, in addition, it will change protocols and procedures for frontline staff and guards, enhance ongoing training for staff and volunteers, and make efforts to better articulate its expectations for visitor, staff, and volunteer behavior.

A teacher chaperoning the trip had said that students reported being told by a staff member that “no food, no drink, and no watermelon” were allowed in the museum. The museum said that the “employee who greeted the group recalled relaying as part of standard operating procedures that ‘no food, no drink and no water bottles’ were allowed in the galleries,’ and that “there is no way to definitively confirm or deny what was said or heard in the galleries.”

Students and teachers on the field trip said that they were followed through galleries by security guards. The MFA’s said that its findings showed that 13 guards stationed in areas visited by the school group “went on and off break and occasionally overlapped as they moved from one area to another.” The museum went on to say, “Based on surveillance footage, it is understandable that, because of this movement, the students felt followed. That was not our intention.”

Matthew Teitelbaum, the MFA’s director, said in a statement, “These young people left the museum feeling disrespected, harassed and targeted because of the color of their skin, and that is unacceptable. This is a fundamental problem that we will address as an institution, both with immediate steps and longterm commitments. I am deeply saddened that we’ve taken something away from these students that will be hard to get back.”

ARTnews has reached out to the Helen Y. Davis Leadership Academy for comment.