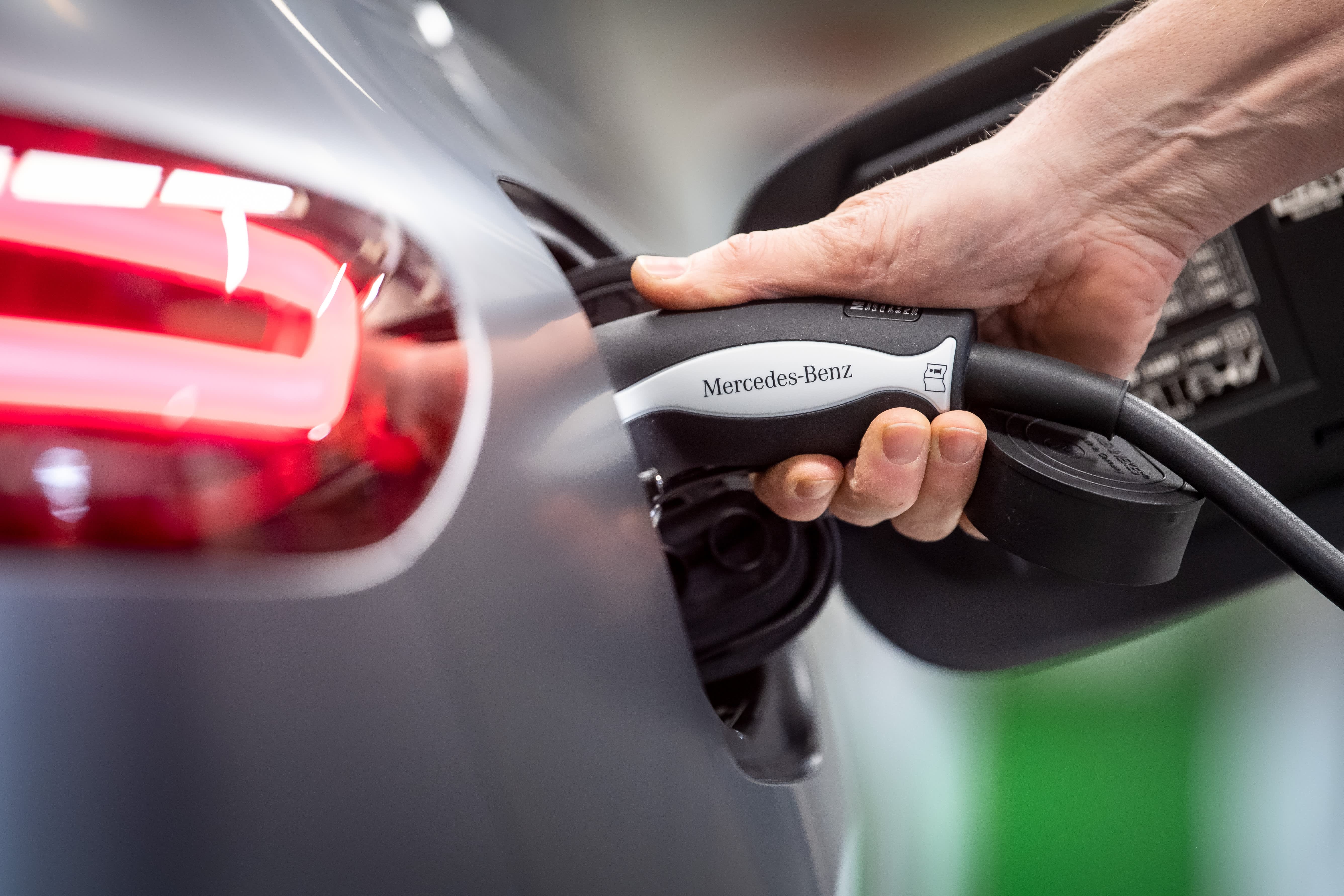 Sina Schuldt | picture alliance | Getty ImagesGermany’s Daimler said Thursday that its Mercedes-Benz brand would “be ready to go all electric at the end of the decade, where market conditions allow.”It’s the latest sign of how major automotive firms are gearing up for a future based around electric vehicles.According to Daimler, from 2025 all of Mercedes-Benz’ “newly launched vehicle architectures will be electric-only.”Breaking things down, Daimler explained how it planned to launch three pure-electric architectures that year: MB.EA, which will relate to medium and large passenger cars; AMG.EA, which will focus on performance vehicles; and VAN.EA, for light commercial vehicles and vans. Models based on these platforms will be electric only.From 2025 onward, consumers will also have the option of purchasing an “all-electric alternative for every model the company makes.””The EV shift is picking up speed — especially in the luxury segment, where Mercedes-Benz belongs,” Ola Källenius, who heads up both Daimler and Mercedes-Benz, said in a statement.”The tipping point is getting closer and we will be ready as markets switch to electric-only by the end of this decade,” he added. “This step marks a profound reallocation of capital.” Read more about electric vehicles from CNBC ProIn light of its plans, Daimler stated that Mercedes-Benz would ramp-up its research and development. “In total, investments into battery electric vehicles between 2022 and 2030 will amount to over 40 billion euros.”Alongside global partners, Mercedes will also look to establish eight gigafactories to manufacture the cells it needs for its vehicles. This would supplement plans to develop nine plants focused on the development of battery systems.Daimler added that Mercedes-Benz intended to, “team up with new European partners to develop and efficiently produce future cells and modules, a step which ensures that Europe remains at the heart of the auto industry even in an electric era.”Low and zero-emission transportation is seen as being a crucial tool for major economies attempting to reduce their environmental footprint and cut air pollution.The U.K. government, for example, plans to stop the sale of new diesel and gasoline cars and vans by 2030 and require, from 2035, all new cars and vans to have zero tailpipe emissions.Elsewhere, the European Commission, the EU’s executive arm, is targeting a 100% reduction in CO2 emissions from cars and vans by 2035.Against this backdrop, a host of companies involved in the auto industry have announced plans to expand their offering of low and zero-emission vehicles.Earlier this month, for example, the Volkswagen Group said half of its sales were expected to be battery-electric vehicles by 2030. By 2040, the company said almost 100% of its new vehicles in major markets should be zero-emission.Back in March, the Volkswagen Group’s CEO dismissed the notion that his firm could join forces with Tesla, telling CNBC that the German automotive giant was looking to go its own way.Speaking to “Squawk Box Europe,” Herbert Diess was asked if he would rule out any future deal with Elon Musk’s electric car maker, in which VW could manufacture its cars, or if the Tesla and VW brands would ever unite.”No, we haven’t considered [that], we are going our own way,” he replied. “We want to get close and then overtake.””We think that we can — we need our own software stack, our own technology,” he added. “And also, I think Tesla, or Elon, is very much thinking … [about] his way forward. So no, there are no talks between Elon Musk and myself regarding joining forces.”

Jim Cramer reacts to Chipotle big earnings beat: ‘Chipotle delivered’
Everything you always wanted to know about yachting, but were too afraid to ask
To Top
error: Content is protected !!