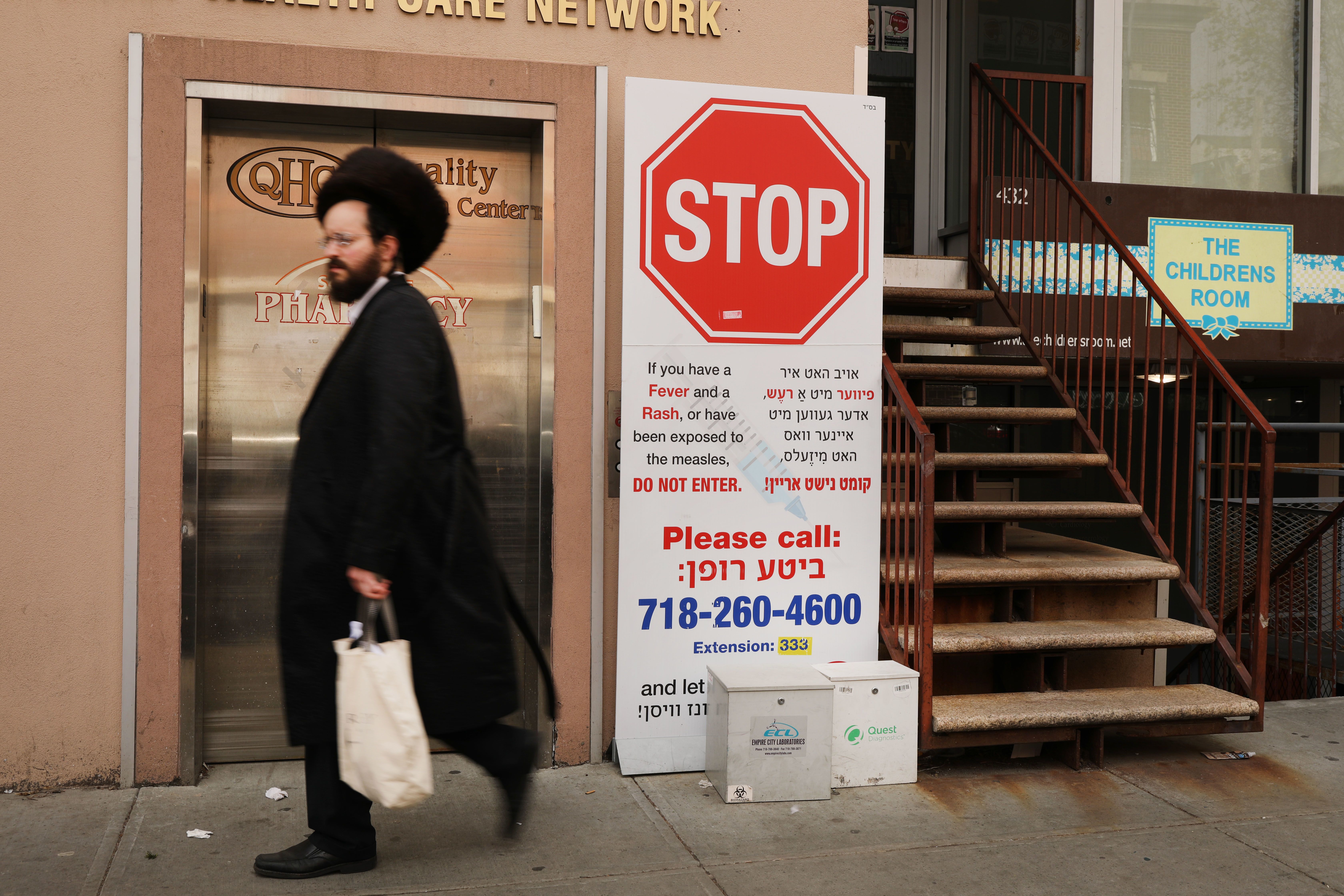 A sign warns people of measles in the ultra-Orthodox Jewish community in Williamsburg, New York City.

Measles outbreaks in New York continued to worsen last week, bringing the year’s total so far to 839 cases across 23 states — the highest number of infections since 1994, the Centers for Disease Control and Prevention said Monday.

The CDC confirmed 75 new cases of measles across the country last week. U.S. health officials blame the recent surge of cases — after saying the disease was eliminated from the U.S. in 2000 — to an increasing number of parents who refuse to vaccinate their children.

Of the the new cases last week, 66 were reported in New York, 41 in New York City and 25 in nearby Rockland County. Public health officials have been battling two outbreaks since the fall. New York City is threatening to issue $1,000 fines to people who live in neighborhoods with the worst outbreaks and refuse to get their children vaccinated. City health officials have already issued citations to 84 people for refusing to comply with the order.

Measles is highly contagious yet preventable with a vaccine for measles, mumps and rubella. More parents are refusing to vaccinate their children, sometimes based on false information that vaccines cause autism.

Measles starts with a fever, runny nose, cough, red eyes and sore throat. It then causes a rash. Some people develop severe complications, such as pneumonia or brain swelling. Children younger than 5 and adults older than 20 are more likely to experience complications, making the disease especially dangerous for them.

Insys stock tanks after saying it may be forced to file bankruptcy
Facebook raises minimum wage to $20 for contractors in top markets
To Top
error: Content is protected !!