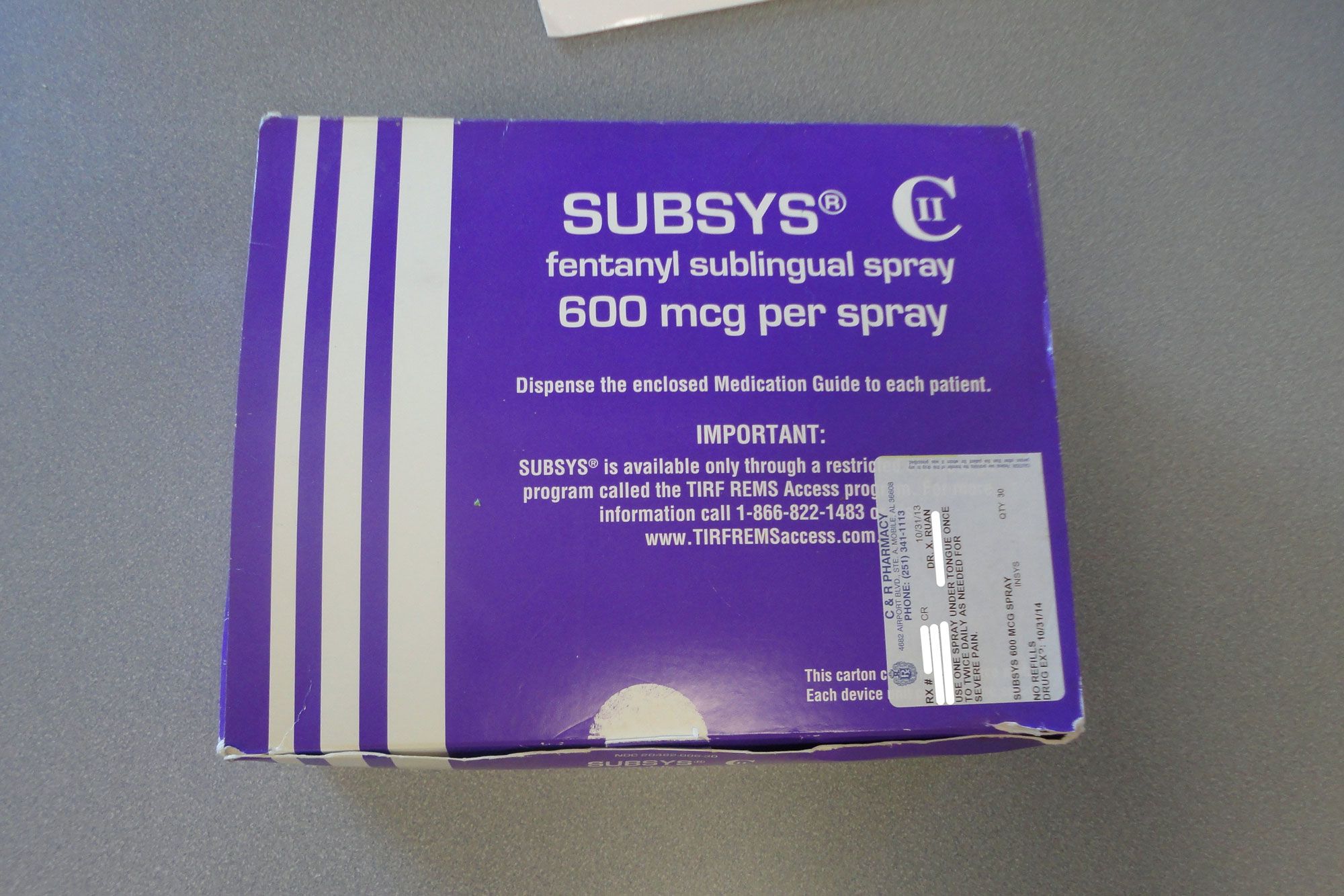 A box of the Fentanyl-based drug Subsys, made by Insys Therapeutics Inc, is seen in an undated photograph provided by the U.S. Attorney’s Office for the Southern District of Alabama.

U.S. Attorney’s Office for the Southern District of Alabama | Reuters

Insys Therapeutics shares tanked Monday morning after the company said it may have to file for bankruptcy because it can’t afford legal costs related to a Department of Justice investigation into the company’s sales tactics of one of its popular opioids.

Insys said it had $87.6 million in cash and cash equivalents at the end of March, which falls short of the $150 million tentative settlement the company made with the Department of Justice to settle claims that the company bribed doctors to unnecessarily prescribe its fentanyl-based drug Subsys, which is meant to treat cancer patients.

The company said Friday it may be forced to file for Chapter 11 bankruptcy if it cannot sell its portfolio of opioid-related assets, including Subsys. It said investors would likely lose part or all of their investment if the company could not complete the sale, the company warned investors in its first-quarter earnings report.

Insys said “trading in our securities is highly speculative” as it considers filing for bankruptcy.

In early May, a Boston jury convicted Insys founder John Kapoor and four former executives of racketeering and other crimes in a fentanyl bribery case that federal prosecutors say helped fuel the U.S. opioid epidemic.

Prosecutors said Kapoor and the other executives bribed doctors to prescribe Subsys mostly through “sham” programs that were meant to increase brand awareness for their drug. Instead, prosecutors alleged Insys used the programs as a way to pay practitioners to over-prescribe Subsys.

The company said legal expenses from the DOJ investigation and from other litigation, along with recurring and increasing losses driven by declines in the transmucosal immediate-release fentanyl (TIRF) market, contributed to its poor first-quarter earnings.

Insys Therapeutics did not immediately respond to CNBC’s request for comment.