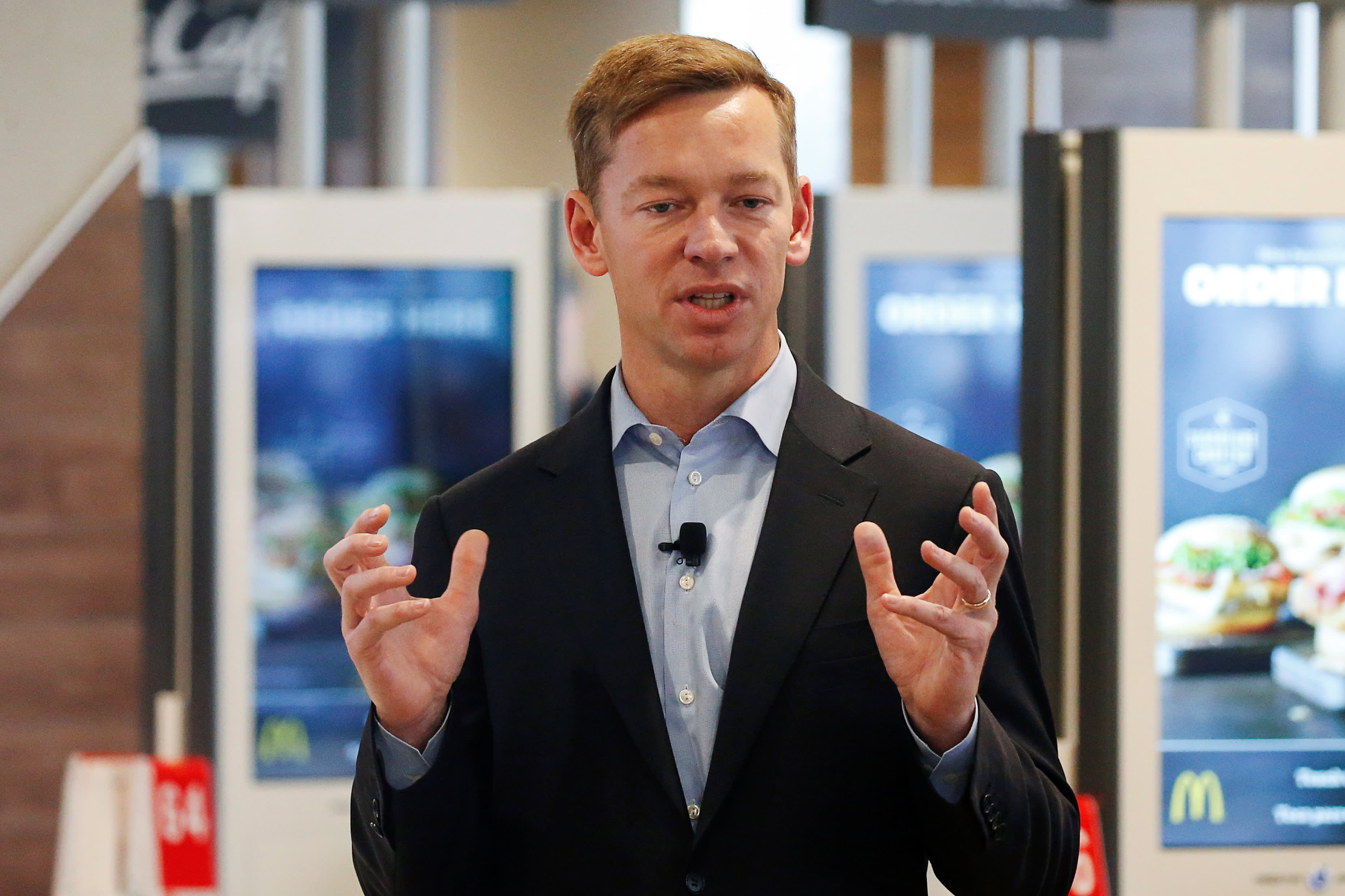 Chris Kempczinski, McDonald’s, speaks during a press conference in New York, November 17, 2016.Shannon Stapleton | ReutersMcDonald’s shareholders, based on preliminary results, approved reelecting all of the company’s board members during its annual meeting.McDonald’s stock was recently up more than 1% on Thursday.The fast-food giant was facing criticism from some investors for its handling of the firing of former CEO Steve Easterbrook in November 2019. CtW Investment Group, which works with pension funds sponsored by affiliates of unions, and New York City Comptroller Scott Stringer were campaigning against reelecting the board’s chairman and the chair of its compensation committee. (Stringer, who is campaigning for New York City mayor, has been accused of sexual assault and harassment, which he has denied.)The campaign garnered support from some significant players. Proxy advisory firm Glass Lewis recommended voting against reelecting Enrique Hernandez and Richard Lenny, citing concerns similar to those of CtW Investment Group and Stringer.Eaton Vance, the Florida State Board of Administration, the California Public Employees’ Retirement System and Norges Bank Investment Management voted to support the campaign. Neuberger Berman said Wednesday that it would oppose reelecting Lenny but didn’t share how it would vote on Hernandez’s reelection.Franchisees who also hold shares of McDonald’s seemed to be seeking guidance on how to vote as well. The National Owner’s Association, an independent franchisee group, did not weigh in with its own proposed voting recommendations, according to an email from NOA board members to owners viewed by CNBC. However, it did share the Glass Lewis report.A source familiar with franchisee leadership said the sharing of the report was “unprecedented.” It comes at a time when tensions with corporate leadership exist due to ongoing disagreements over technology fees, labor challenges and more.A recent survey of franchisees from Kalinowski Equity Research noted the strained relations. Respondents quantified the current relationship between franchisees and corporate an average of 1.76 on a scale of 1 to 5, with 1 being poor and 5 excellent. This marked an improvement from the average response received three months ago of 1.41, although not quite back to the average response of 1.89 from six months ago.”We are all for the accountability piece, we just think it should be in regards to the hiring of Steve Easterbrook in the first place. McDonald’s deserves better leadership,” the NOA email said.A year and a half ago, McDonald’s board fired Easterbrook without cause for having a relationship with an employee, allowing him to walk away with a severance package currently valued at as much as $56 million. In August, McDonald’s filed suit against Easterbrook to claw back that package, alleging that he lied about having additional relationships with employees. The lawsuit has opened McDonald’s up to questions and criticism of the board’s original investigation into Easterbrook.McDonald’s recommended that shareholders reelect all of its board.”The Board maintains an active and engaged dialogue with our shareholders and other stakeholders,” McDonald’s said in a statement to CNBC on Wednesday. “The Board believes that there should be a balance of institutional knowledge and fresh perspectives among its Directors and remains committed to ongoing Board refreshment.”Despite the ongoing tensions, McDonald’s shares have gained nearly 9% this year, bring its market value to $179.88 billion.