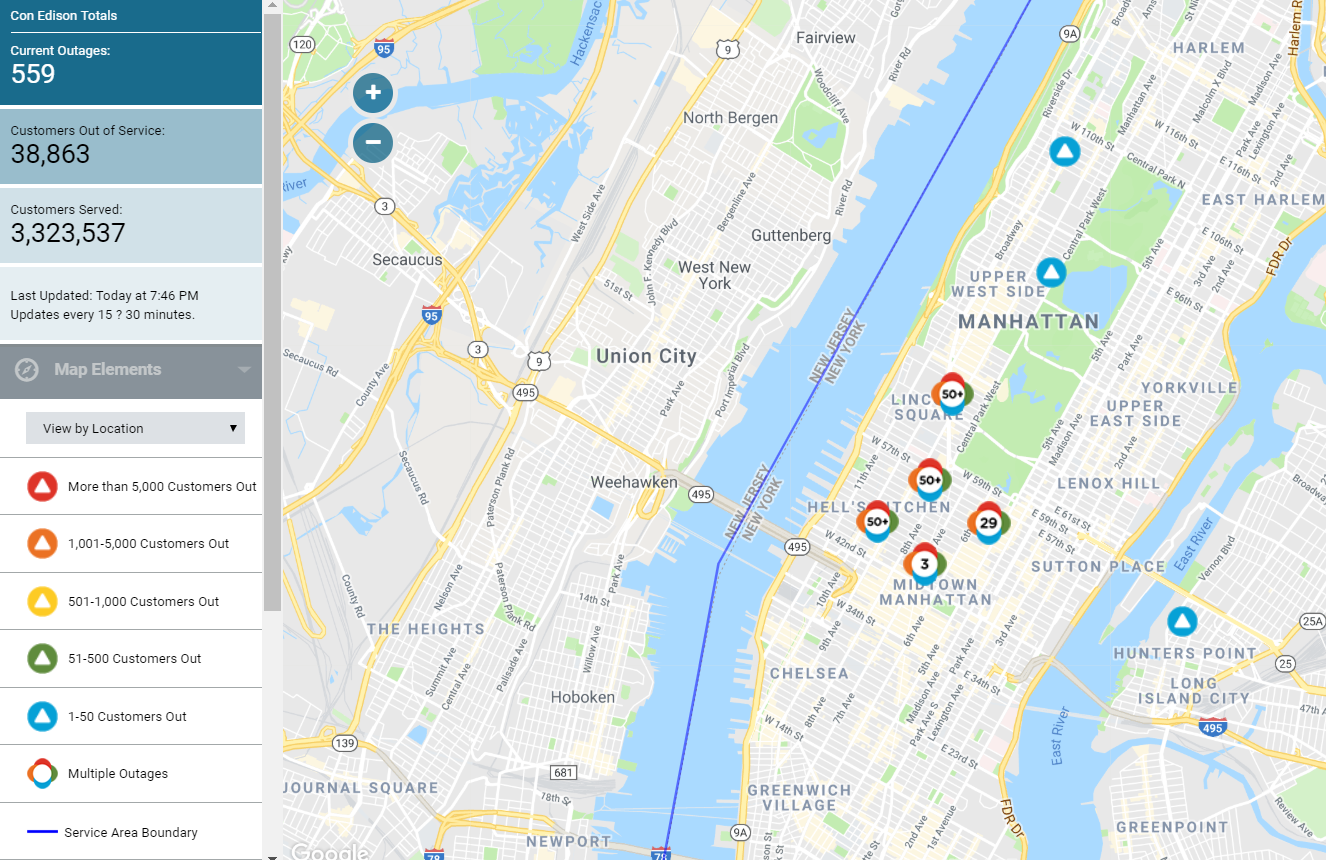 The utility company said it was responding to “extensive outages” on the westside of Manhattan and would share more information as it becomes available.

The power outage was apparently caused by a transformer fire at 54th Street and West End Avenue, a senior city official with direct knowledge of the matter told NBC News.

New York City Council Speaker Corey Johnson said he spoke with the CEO of Con Edison and there was a “major disturbance” at the West 49th St. substation. A full emergency response was mobilized, Johnson said.

The New York City fire department has units on the scene and is handling calls to assist people stuck in elevators.

The Metropolitan Transit Authority said it had received reports of outages in subway station complexes throughout Manhattan and was working to identify the cause and keep trains moving.

Due to the outages, subway service is limited into Manhattan from Brooklyn, Queens and the Bronx. The MTA was encouraging customers to avoid below-ground stations.

Here is a Con Edison map of the current outages:

Facebook claims influence operation had ties to the Saudi government