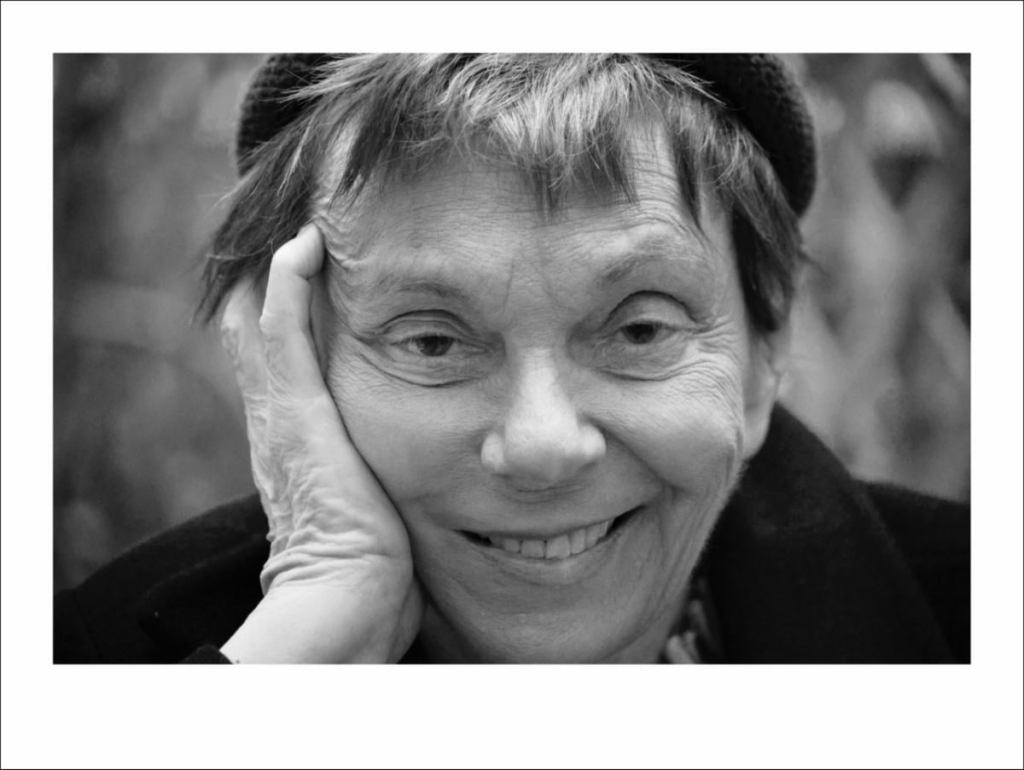 Mary Beth Edelson, an artist who used her work to raise awareness for the feminist movement and empower women, has died at 88. David Lewis gallery in New York, which represents her, confirmed her death.
“Mary Beth’s achievements as a pioneering Feminist artist and activist continue to the change the course of art history,” the gallery wrote in its statement. “Her legacy will continue to be inspiring and far reaching.”
Since the 1970s, Edelson has made photographs, sculptures, and collaborative projects that were intended as a retort to centuries of women’s exploitation and subjugation. In her art, women attained goddess-like status, and networks of female artists were formed. An integral figure within feminist art circles of the ’70s, Edelson had a late-career ascent after her work was recognized for its groundbreaking overtures alongside those of contemporaries, like Ana Mendieta and Hannah Wilke.

For her most famous work, the collage Some Living American Women Artists / Last Supper (1972), Edelson appropriated Leonardo da Vinci’s famed image of Christ’s final feast and replaced the painted male disciples with photographs of female artists. Later reproduced as a print, the work features Georgia O’Keeffe as Jesus; Alma Thomas, Yoko Ono, Louise Nevelson, Helen Frankenthaler, and others gather beside her. To that scene, Edelson added a border, collaging even more than 60 images of other women artists.
Edelson would continue to appropriate famed Old Master paintings, recasting them by collaging women artists and thinkers in place of the male figures and again creating a border with images of even more women, as she did with two pieces from 1976: Death of Patriarchy / A.I.R. Anatomy Lesson and Happy Birthday America. All three collages now reside in the permanent collection of the Museum of Modern Art in New York.
In her most famous series, “Woman Rising,” begun in 1973, Edelson would take these feminist expressions even further. In it, Edelson photographed herself in the nude in poses where she held her breasts or splayed her legs to make visible her vagina. To these pictures, Edelson added collaged imagery and drawn-on elements that lent the works a mystical quality. Produced starting two years before film scholar Laura Mulvey theorized the male gaze, these photographs undo the subjugation of women’s sexuality of women and imagine power from a female perspective.

Edelson once wrote, “I also used my body as a ‘found object’ in these early works with the intention of transforming the body into a ‘found subject.’” On another occasion, she said, “I presented myself as a powerful, self-defining person in this body.”
In another series called “Monstre Sacré,” also begun in 1973, Edelson pushed the spiritual themes of her art even further, this time connecting her work to the many-armed Hindu goddess Kali. Edelson had grown fascinated by Jungian psychology, but she eventually abandoned it, retaining only her interest in its archetypes. With these works, she was “summoning Goddess to make house calls.”
While Edelson’s oeuvre has long been considered key to experts on feminist art and members of the movement during the ’70s, it had generally not enjoyed widespread attention until the past two decades, when it was featured in several major institutional surveys. In a 2019 Artforum essay, critic Dodie Bellamy attributed this surge in interest to Edelson’s reliance on goddesses in her work. “If only I’d been familiar with Edelson” during the ’80s, Bellamy wrote. “Her confidence and entitlement would have served me well.”
Mary Beth Johnson was born in 1933 in East Chicago, Indiana. She studied art at DePauw University in Greencastle, Indiana, and then went on to briefly join a traveling modern dance troupe, only to depart it shortly after to attend New York University for a graduate degree during the late ’50s, at a time when few women did so. She taught for a bit at Montclair State College in New Jersey, then left because she felt there weren’t enough opportunities for female professors.
Edelson then relocated to Indianapolis, where she immersed herself in activist circles, learning strategies for organizing and furthering an interest in fighting for civil rights. With her husband Alfred H. Edelson, whom she married in 1965, she cofounded a gallery there. In 1968, she left the city with Alfred, whom she later divorced, and moved to Washington, D.C.
In 1972, Edelson organized the first National Conference for Women in the Visual Arts at the Corcoran Gallery of Art in Washington, D.C., a convening that was intended to raise consciousness among its attendees. Among those who spoke at the event were artists Judy Chicago, Elaine de Kooning, Alice Neel, and Miriam Schapiro, as well as art historian Linda Nochlin. In 1973, in a report on the conference, Edelson wrote, “With our new self-awareness and constant re-evaluation we are transformed.”
In her art of the era, Edelson explored how women could work together to form communities and write previously untold narratives. With her “Story Gathering Boxes,” begun in 1972, Edelson asked respondents to address questions about gender, including ones such as “WHAT WAS IT LIKE TO BE A BOY?” and “WHAT DID YOUR FATHER TEACH YOU ABOUT WOMEN?” Art historian and curator Lucy R. Lippard has written, “By collecting everywoman’s tales, Edelson is accumulating fragments of a ‘new history.’”
Edelson was also involved in two feminist collectives that have been credited with shaping the art of the era. She was affiliated with A.I.R., a New York gallery run by women who formed what has been considered the first feminist art collective in the U.S. A.I.R. gave Edelson one of her first solo exhibitions, humorously titled “Giving Myself a Five Year Retrospective.” And in 1977, she became one of the founding members of the influential Heresies Collective, which produced a journal that tackled issues such as Third World feminism and art by lesbians.
Later works by Edelson considered a range of female personas whose images had been seen widely in magazines and films. In her 1993 painting The Last Temptation of Lorena Bobbitt, Edelson focuses on Lorena Bobbitt, who, in 1989, received a wave of media attention when she cut off her abusive husband’s penis while he was sleeping. Edelson reimagines that act of violence as a religious scene—a Pietà in which Bobbitt’s husband lies slack in her lap, bleeding all over her. The image is ringed by images of penises attached to a black plastic chain. The subject later also informed Kali/Bobbitt (1994), a sculpture featuring Bobbitt as a Hindu goddess donning S&M gear.
Kali/Bobbitt was memorably shown at MoMA PS1’s 2015 “Greater New York” triennial, and it was but one of many appearances of work by Edelson in notable shows. Her art has figured in a survey of feminist art from the 1970s organized by the Vienna-based Verbund Collection that is still traveling around the world, as well as “Art After Stonewall, 1969–1989,” which appeared at the Columbus Museum in Ohio, the Frost Art Museum in Miami, and the Grey Art Gallery and the Leslie-Lohman Museum in New York between 2019 and 2020. Traveling retrospectives of her work took place in 1989 and 2006 in the U.S. and Sweden, respectively.
These shows have helped build a fan base for Edelson. When David Lewis gallery mounted a survey of Edelson’s 1970s works in 2019, New York Times critic Roberta Smith wrote, “Surely my amazement is not unique.”