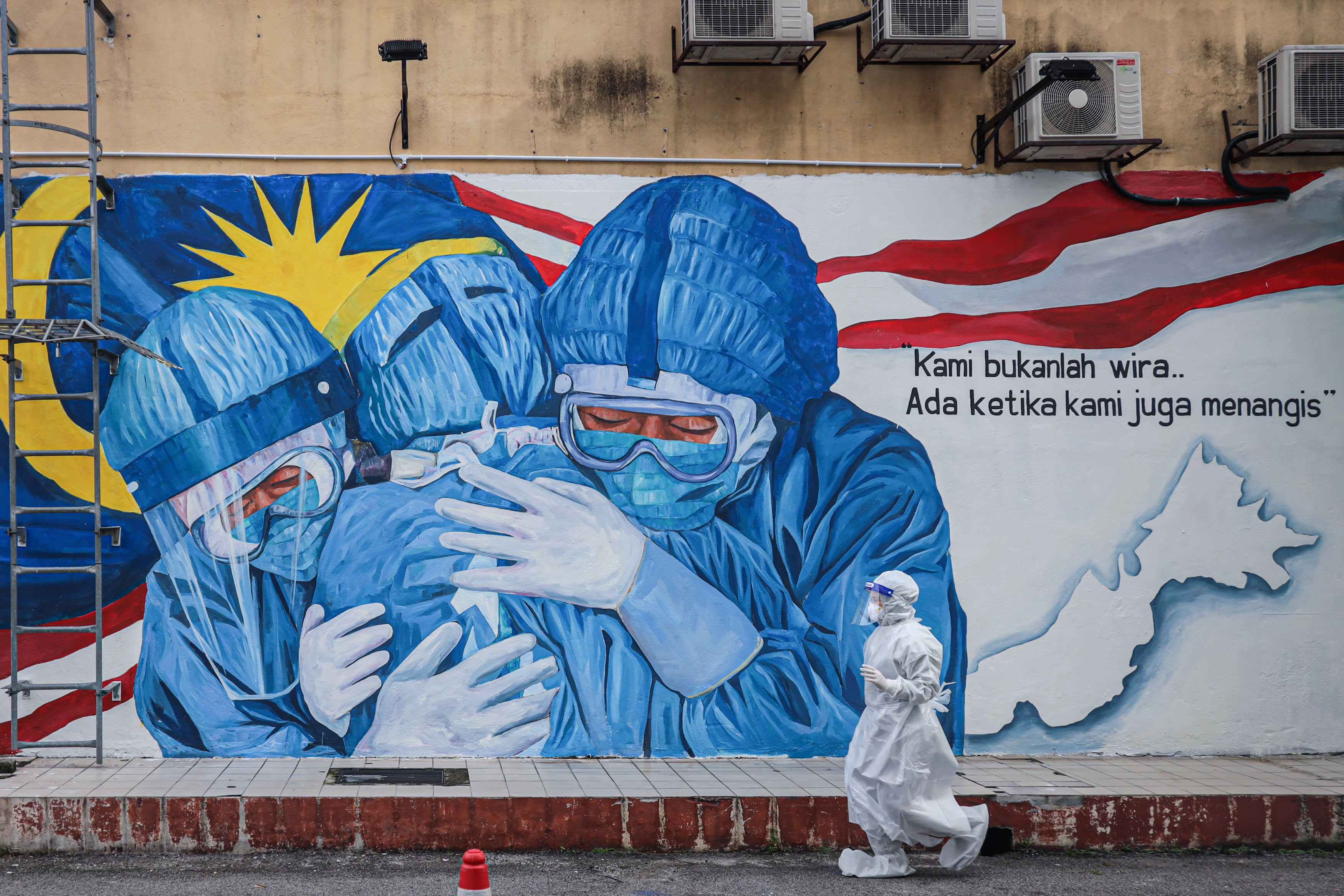 SINGAPORE — Malaysia’s daily Covid-19 cases are climbing rapidly and have surpassed India’s on one critical measure, according to statistics site Our World in Data.India has been experiencing a devastating second wave since April and has the world’s second largest Covid caseload. The country’s daily case count, while trending downward, has remained elevated at hundreds of thousands of infections — far exceeding Malaysia’s few thousands a day.But Malaysia’s daily Covid infections per million people — on a seven-day rolling basis — have exceeded that of India since Sunday, data compiled by Our World in Data showed. Latest statistics showed that Malaysia reported on Tuesday 205.1 cases per million people on a seven-day rolling basis, compared with India’s 150.4 cases.Malaysia’s population of roughly 32 million is much smaller than India’s 1.4 billion.Generally, the actual number of Covid-19 cases are higher than reported cases around the world, mainly due to the lack of testing. In India, several studies found that cases were likely severely underreported.Still, that’s not the first time that Malaysia has overtaken India on the measure. Our World in Data showed that Malaysia’s daily cases per million people were also higher than that of India between Nov. 15 last year and March 27 this year.Malaysia, a country in Southeast Asia, has been battling a surge in coronavirus cases since the last few months of 2020. The government has since tightened restrictions multiple times, but has stopped short of a full lockdown.The country reported a record-high increase of 7,478 coronavirus cases on Wednesday, taking cumulative infections to more than 533,300, health ministry data showed. More than 2,300 people have died and 700 infected people are in intensive care units, the ministry said Tuesday.Dr. Noor Hisham Abdullah, Malaysia’s director-general of health, said in a Twitter post Tuesday that the country’s daily Covid-19 cases are “following an exponential trend” and could trigger a “vertical surge.”Noor Hisham, a leading figure in Malaysia’s fight against Covid, also warned that “we need to prepare for the worst” and urged people to stay at home to break the chain of transmission.The rapid increase has come as Malaysia — and many developing countries around the world — struggles to secure supplies of Covid vaccines.Malaysia has approved the use of Covid-19 vaccines developed by Pfizer-BioNTech, Oxford University-AstraZeneca and Chinese biotech firm Sinovac. The government said it aims to vaccinate 80% of the population by year-end, but only around 5% have received at least one dose so far, data compiled by Our World in Data showed.