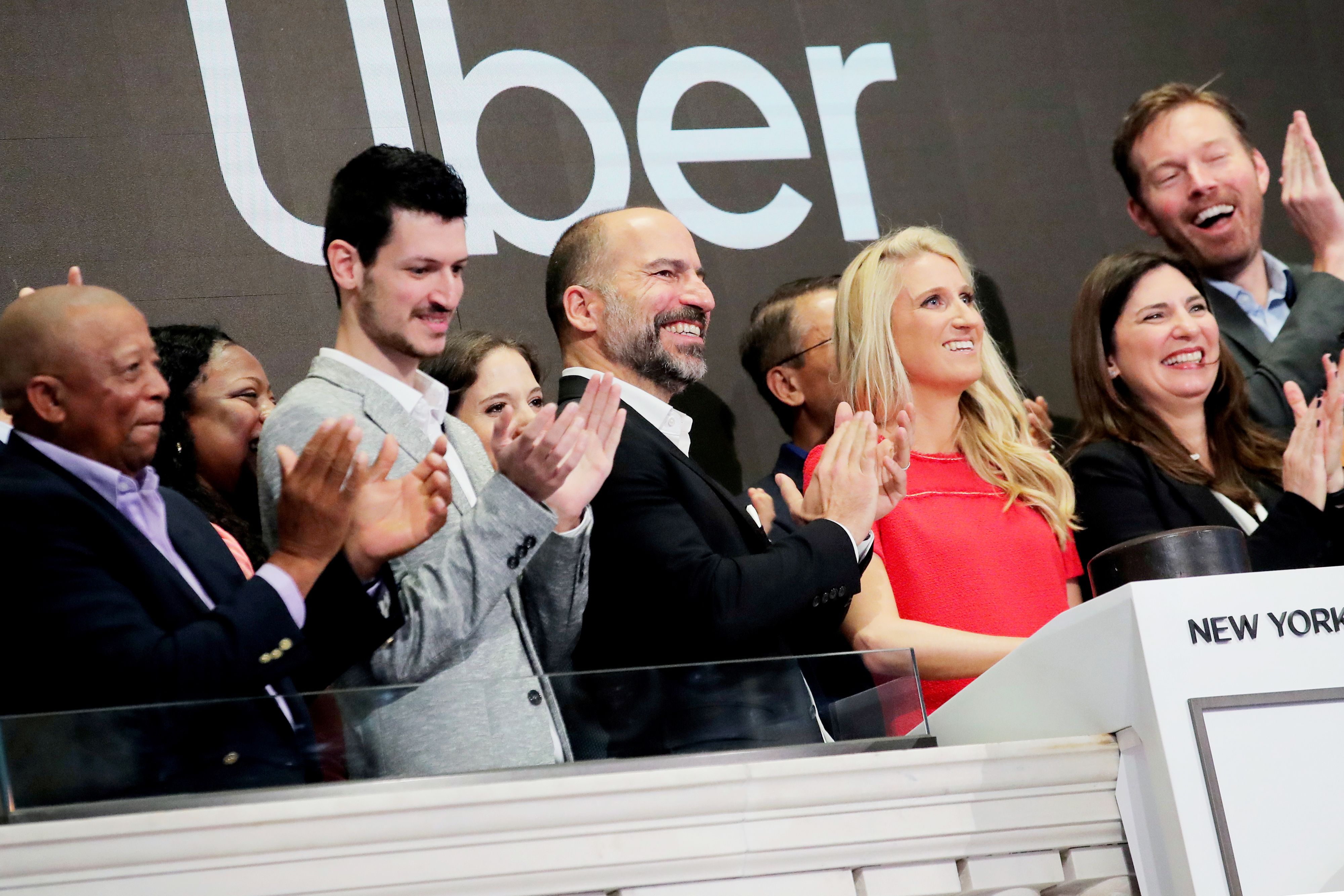 Uber Technologies CEO Dara Khosrowshahi during the opening bell at the New York Stock Exchange during the company’s IPO, May 10, 2019.

During a call with analysts following Uber’s first quarterly earnings report, Khosrowshahi said he agreed with Lyft executives who said earlier this month they believed the market was becoming more rational.

“I think that competing on brand and product is — call it a healthier mode of competition than just throwing money at a challenge,” Khosrowshahi said.

Both companies have incurred large losses due in part to providing hefty incentives to lure both riders and drivers to their platforms. In the last quarter alone, Uber reported a net loss of $1.01 billion. Lyft reported an adjusted per-share loss of $9.02.

On Lyft’s earnings call earlier in May, President John Zimmer said that in his time since founding the company, “you can see that as a percentage of revenue that this is the most rational the market has been.” That makes consumers’ choice between two strong competitors lean more on brand than price, he said.

Analysts appear to be buying in to the claims, though they maintained a wait-and-see attitude on Uber’s stock.

“While there is no guarantee that this will last, we believe that over the next 12 months both will focus more on competing via service innovations (micro mobility, loyalty etc), which should provide a significant tailwind to Uber’s unit economics,” Atlantic Equities analysts wrote in a note Friday, upgrading its rating on Uber from neutral to overweight.

DA Davidson analysts wrote Friday that “a more rational promotional environment is certainly a key positive, but only time will tell whether LYFT’s healthier brand is a sustainable competitive advantage and/or whether UBER’s relatively larger scale will drive meaningfully better Rider/Driver experiences.” The firm maintained a neutral rating on the stock and lowered its price target from $53 to $46.

The drugs with biggest price surge are for erectile dysfunction: study
Why ‘economic growth at all costs’ doesn’t always work
To Top
error: Content is protected !!